The metro rail has earned fame as the most affordable and best means of travel. As per the current status, 10 Indian cities have functional metro rails. Kolkata, Delhi, Chennai, Bengaluru, Hyderabad, Jaipur, Gurgaon, Mumbai, Kochi, and Lucknow are the cities where metro rails running successfully.

As of now India has 659.41 kilometers of operational metro lines and connecting almost 502 stations. The fare to travel in a metro is range between 8 rupees to 50 rupees.

Who Invented Metro Trains in India?

Metro trains invented by E. Sridharan and he is also famous as Metro man. He has introduced the first metro project in India.

Success Of Metro Rails in India

There is various reason for which metro rails system getting popular like it consumes fewer energy resources and traffic issues. It helps many people to travel at the peak hour of the office.

Moreover, with respect to bus and road vehicles, a train requires less maintenance and has higher availability. Also, it is cheaper to build tracks than a highway.

How Many Indian Cities have Metro Rail Connectivity?

The Delhi Metro, which started operations in 2002, is the largest metro in the country for its distance. Presently, Delhi Metro is working a distance of 231 kilometers and has 160 stations working.

Delhi metro has changed the lives of people as they can now reach Dwarka in 24 minutes. Delhi metro after the upcoming all the obstacles will run at midnight as well and its covers 317 km which is the biggest operational metro network in India. 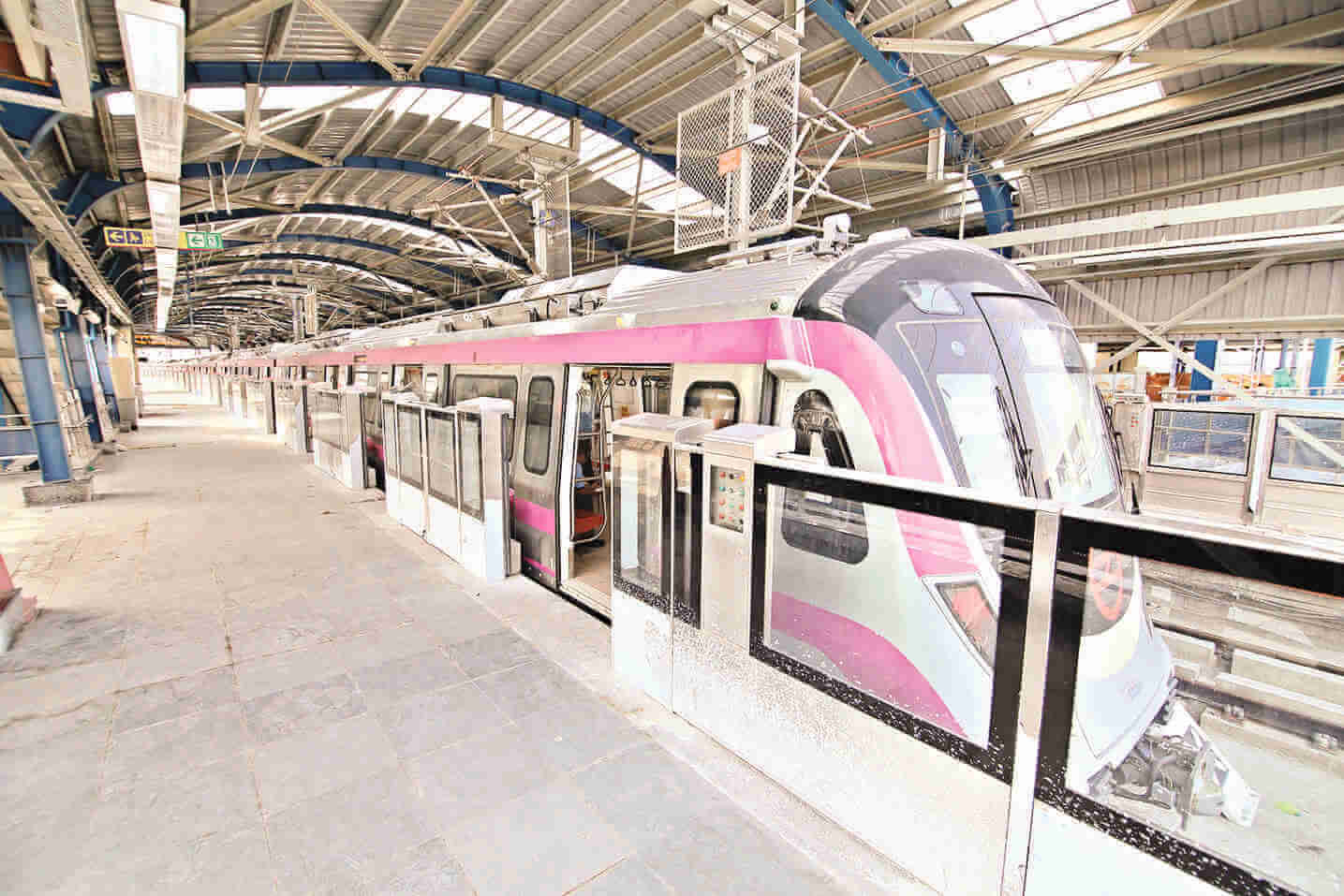 How Delhi Metro Introduced In India?

Kolkata is one of the most famous metropolitan areas in the state of West Bengal and the Kolkata Metro is the first metro service in the country. Started in 1984, Kolkata Metro is covering a total distance of 27.22 kilometers and has 24 stations from Noapara to Kavi Subhash.

Initially, the first Rapid Transit System provides its services to the city of Kolkata from south 24 Parganas and north 24 Parganas. The demand for the metro line is increasing and therefore five metro lines are under construction for making the life of people comfortable. 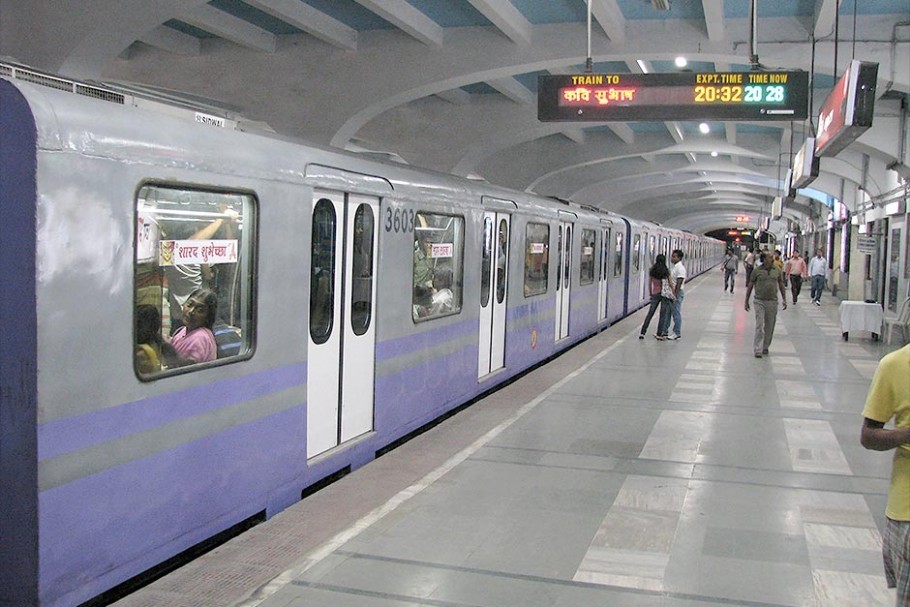 How Kolkata Metro Introduced In India? ?

The Ministry of Railways has introduced the Kolkata metro and it became the 17th Zone of IR(Indian Railways) and it is only metro services that controlled and operated by Indian Railways.

East-West Metro is another operational metro line which is operated and managed by KMRC (Kolkata Metro Rail Corporation), over 700,000 passengers commute via Kolkata Metro.

Chennai is the capital of the state of Tamil Nadu and in the year 2015 Chennai received its first metro services that covering the 45 kilometers length with a network of two cover-coded lines. After Delhi metro and Hyderabad Metro, the Chennai Metro became the 3rd largest metro system and the fastest transit system serving the people of Chennai. 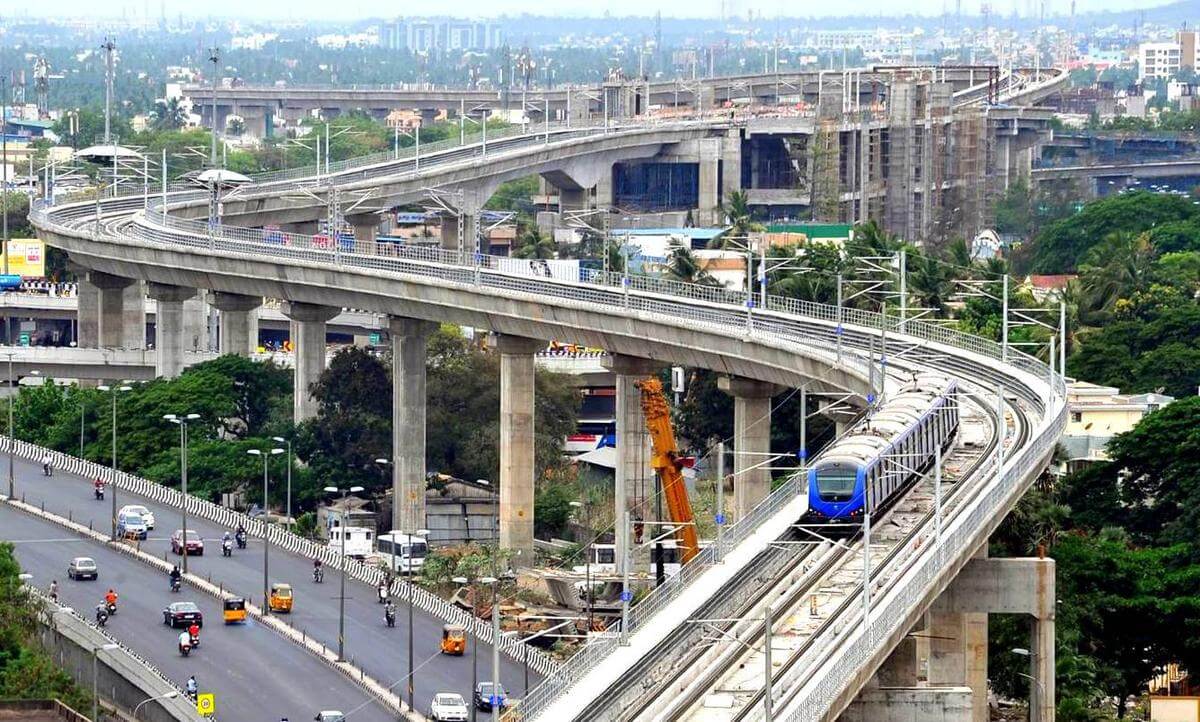 How Chennai Metro Introduced In India?

The Chennai Metro is one of the fastest transit systems that helping Chennai to travel fast and serving the city of Chennai efficiently. The Chennai Metro construction has begun in June 2009 but came in existence in 2015. On the request of Government of Tamil Nadu, Delhi Metro chief E Sreedharan planned the modern metro rail system similar to Delhi.

Chennai Suburban Railway network came in existence long back in 1931. In the year 1997, the first phase of Chennai Mass Rapid Transit System took place between Chennai Beach and Thirumayilai.

Must Read : Steam Train Journeys Around The World

Hyderabad Metro was developed by L&T Metro Rail Hyderabad Ltd under Public Private Partnership model. The metro rail runs between Miyapur to Nagole including 24 stations that are 30 kilometers at stretch. In the year 2017 when Prime Minister Narendra Modi inaugurated, it began its operation from Nagole to Ameerpet. 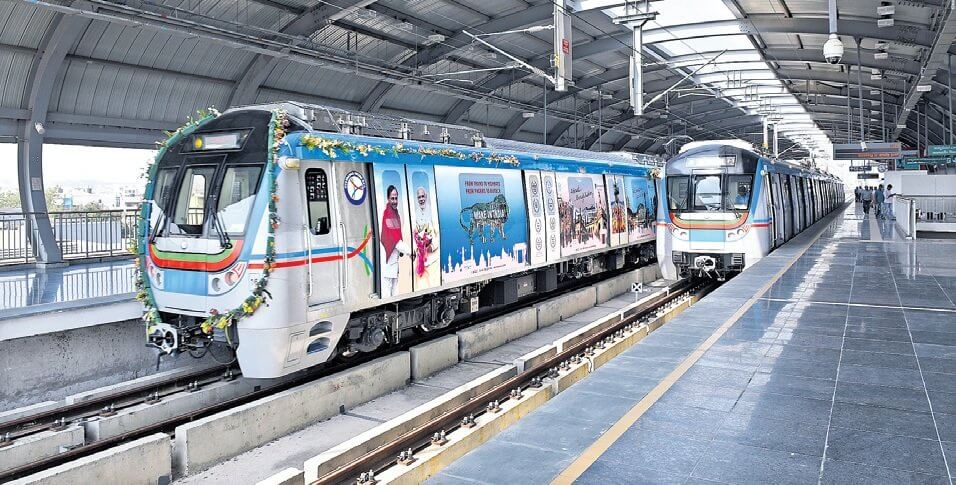 How Hyderabad Metro Introduced In India?

Hyderabad Metro is connecting the city of Hyderabad, Telangana, it has been known as the second-longest operational metro network. Hyderabad metro was inaugurated on 28 November 2017 by Prime Minister Narendra Modi. It is also India’s first longest rapid transit metro line.

Jaipur Metro is taking pace with time and connecting the city of Jaipur, Rajasthan. The Jaipur metro running on the route Mansarovar to Chandpole Bazaar. The Jaipur metro project started on 13 November 2010 which was completed in 2014 but it actually started in 2015 after getting the safety clearance from Commissioner of Metro Rail Safety. Jaipur metro is one of its kind as it promoted a triple-story elevated road and metro track. 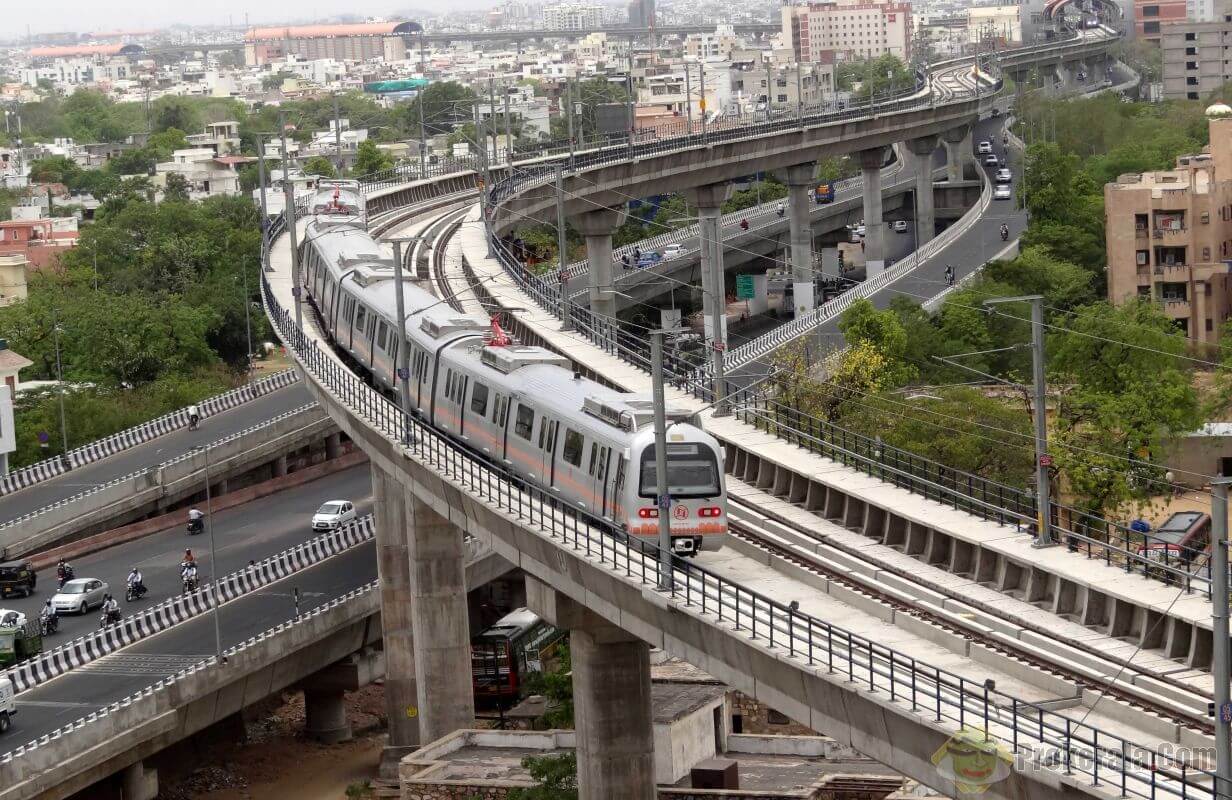 How Jaipur Metro Introduced In India? ?

On 3 June 2015, Vasundhara Raje then inaugurated Chief Minister of Rajasthan the first line of the Jaipur Metro was opened to the public. With its introduction, Jaipur metro became the 6th rapid transit system in India.

By 2020 the phase of the metro project will be completed. The Jaipur metro helping in developing the economy of the city and making it a world-class city. The passenger has many facilities to use like escalators and ramp facilities, shopping areas, parking facilities, feeder bus services, and recreation spaces.

Mumbai metro is the best gift given to the people of Mumbai. The first metro ran between Versova and Ghatkopar, covering 12 stations on an elevated formation. The Mumbai metro can carry 60,000 passengers an hour and helping the Mumbai city in managing the traffic issue.

The Mumbai metro developed with the Railway Ministry’s standards and for the power systems and traction electrification, ABB will be responsible to make it happen.

How Mumbai Metro Introduced In India?

The Mumbai Metro is gaining a lot of popularity as it introduced to reduce the problem of traffic. Mumbai Metro project was started in June 2006, by Prime Minister Manmohan Singh. Construction started in 2008 and it was successfully constructed in May 2013 for 3 km section. The first Metro line opened on 8 June 2014.

The second phase construction completed in 2016 and metro reaching a total of 63km. Mumbai metro will grow in the future and the final plan is for 146.5km network that will connect Mumbai efficiently.

Kochi Metro is known as Komet or K-3C and it is one of the best metro lines that run for 25.65km between Aluva to Petta that includes 22 stations. The metro line started with a joint venture between the Central and State governments of India and Kochi Metro Rail Ltd. The project of Kochi metro has been completed in phases. The first phase started in 2013 and completed in 2016. 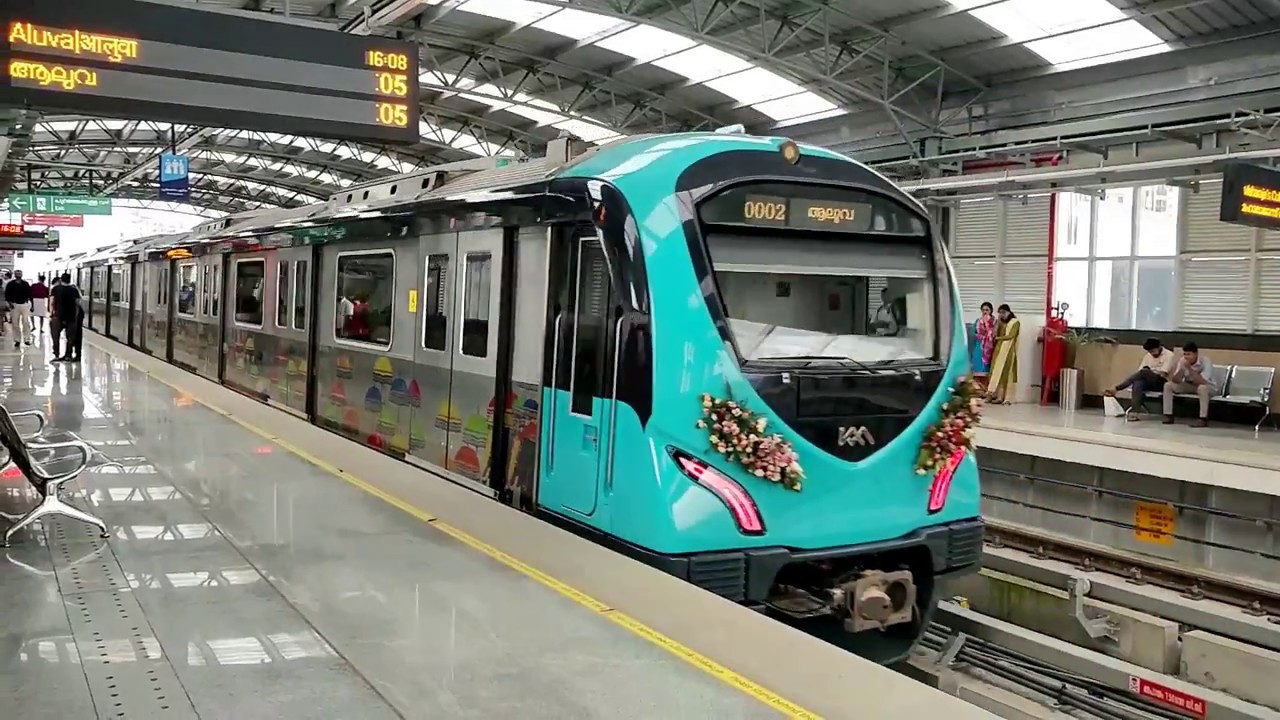 How Kochi Metro Introduced In India?

The Kochi Metro is connecting the city of Kochi in Kerala in the most efficient manner and serving the best services to the people of Kochi. The foundation stone for Kochi Metro rail project laid by Manmohan Singh in 2012.

The construction for the metro line started in June 2013 for a 13.4 km section of the line. PM Narendra Modi gave the green signal for a passenger on 17 June 2017.

Must Read : Famous Destinations to Visit in South India During Summer

Lucknow is one of the most famous cities of Uttar Pradesh and developing Lucknow metro has enhanced the tourism in the city. In the year 2013, the proposal of the metro was submitted to the Ministry of Urban Development, which was approved in December and the construction started in 2014.

Lucknow metro is divided into two corridors, the north-south, and the east-west corridor. In the year 2018 the north-south corridor started its operation. And in this current year that is 2019 the second corridor’s operations have been started. 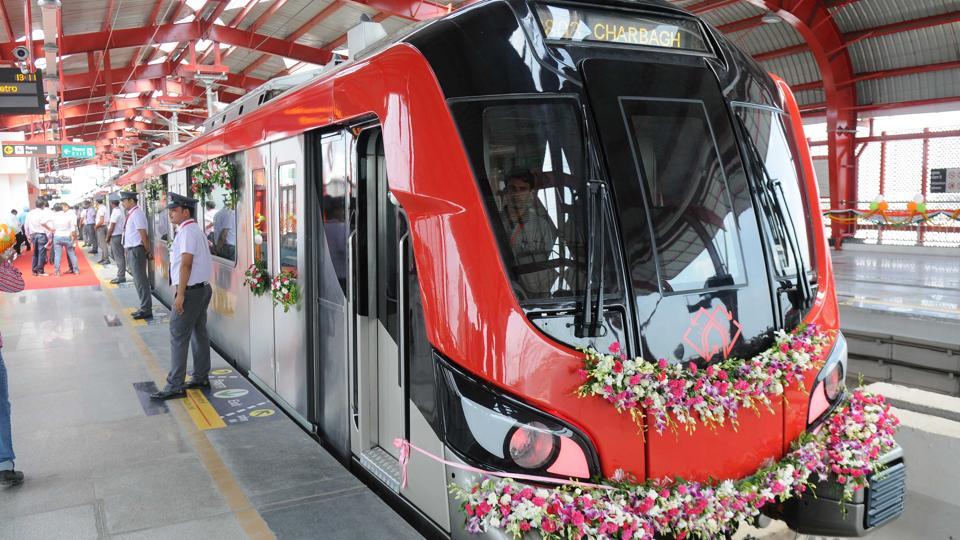 How Lucknow Metro Introduced In India?

Lucknow Metro has been established with a joint corporation of Government of Uttar Pradesh and the Government of India so it can develop the city effectively. The construction for the metro line started on 27 September 2014 to serve 8.5 KM from Transport Nagar to Charbagh Railway Station.

Commercial operation for the Lucknow metro was started on 5 September 2017. Lucknow metro classified as north-south corridor and east-west corridor. Chaudhary Charan Singh (CCS) International Airport to Munshi Pulia comes under north-south corridor with a total length of 22.87 km. On the other hand east-west corridor runs on a total length of 11.9km between Lucknow Railway Station and Vasant Kunj.

Also Read : Top 10 Places to Visit and Things to Do in Lucknow

Bengaluru is one of the most famous and rich cities of India. It is also famous as the IT hub of India. Bengaluru Metro project plan was developed to reduce-accident journey times reduction, cutting fuel use, and lower pollution.

The plan comes under Namma Metro and the development of the metro plan comes under Bangalore Metropolitan Rail Corporation Ltd. The metro project started when the Indian Prime Minister launched the project in a ceremony on June 2006. 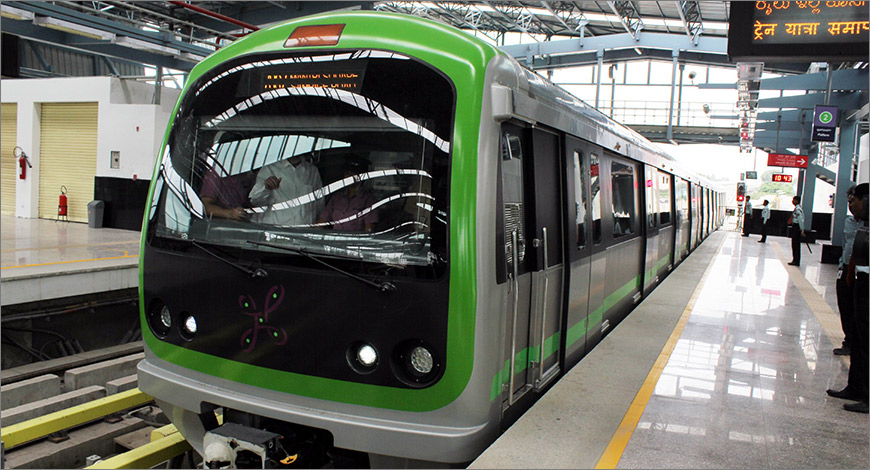 How Bengaluru Metro Introduced In India?

The Namma Metro is operated in the city of Bengaluru and started in 2011. It works a distance of 42.3 kilometers. More stations and tracks are being added. The Bengaluru Metro line started by a joint venture of the Government of Karnataka and Government of India.

The Namma project’s first phase has 24.2km on a north-south axis and 18.1km running east-west.

Gurgaon metro is one of the most important metro projects as it connects Sikanderpur on Delhi Metro Line 2 which is 6.1km-long rapid rail route.

In the year 2013, the line was opened. This project was important because it connects the Delhi Metro Central Secretariat-Gurgaon rail line. The metro line is beneficial for 500,000 commuters who travel every day from Delhi and the Cyber City in Gurgaon. 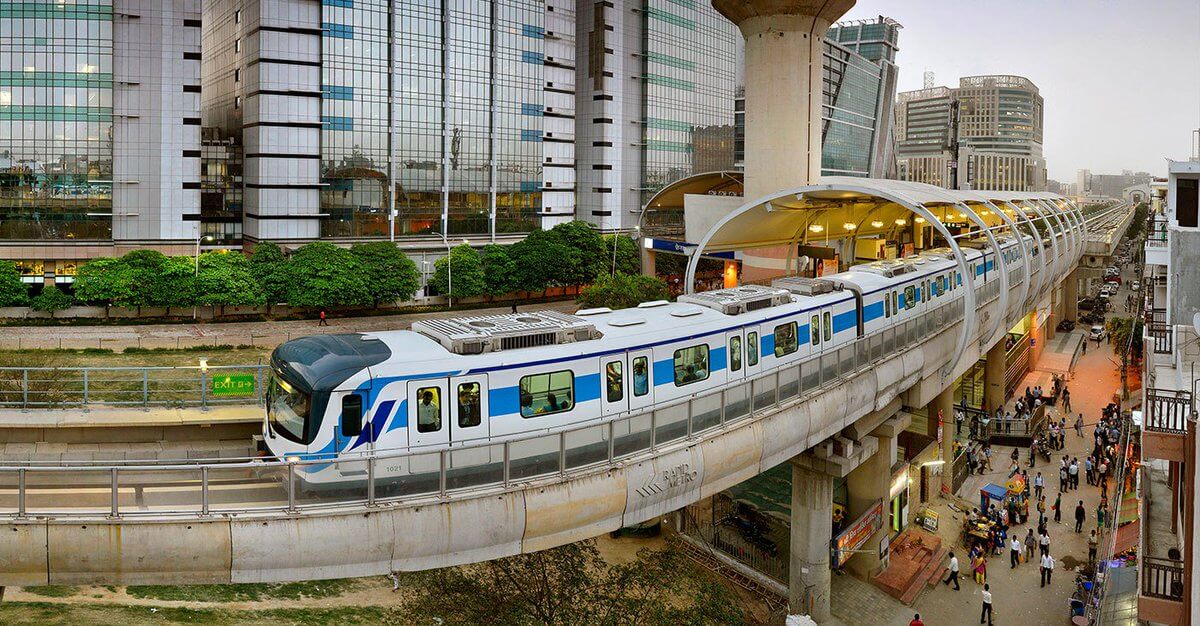 How Gurgaon Metro Introduced In India?

The Rapid Metro, which is working in Gurgaon, runs an area of 11.7 kilometers. The other metros are also operating a specific stretch and in the future will observe the addition of more tracks. The Gurgaon metro was planned to introduce in 2012 but the system opened on November 2013.

Gurgaon metro project is one of the first privately owned rail lines. After Hyderabad Metro, it is the second metro project to be built under public-private partnerships.

Other Metro Under Construction

There are other cities in India that are under the metro development method and usually, it would be finished in less time and this is appreciable for passengers.

Metro rail is observing good connectivity in the busy cities of India and its popularity has set an example for setting up the metro rail in other cities with large urban populations and traffic jams. As the metro rail has been linked to major railways stations and airports, travel is a relief after a hectic day.

Truly, Metro trains are the spine of any city Public Transport System. With the advancement of the metro railway system has earned fame along as the best services in India.

Maximum metro routes are busy and providing a big problem for the commuters but with up-gradation of the system, these problems would be cut off by providing good options to reach your destination.