The Deccan Odyssey is collaboration between the Government of Maharashtra & Indian Railways. The train was inaugurated on 16th January 2004 and has operated till date.

The train offers first class services including a bar, restaurants, living-room, and a conference center. It’s vision is to become a 5-star hotel and provide an unforgettable experience on wheels! The train is continuously operating annually for 35 weeks, with a Wednesday train chain running from Mumbai CST and Delhi.

Rail experience traveling on the Deccan Odyssey is one every traveller should look forward to. Everything about this train is splendid, from the plush interiors that includes a mixture of bygone era and a modern twist, to the 21 carriages that can accommodate up to 80 passengers. The train is well facilitated, having a crew of 30 attendants to oversee that every passenger is comfortable and their needs attended to all through the journey. The train has plenty of space, in the Deluxe cabin, it can accommodate 8 passengers per carriage and 2 presidential suites accompanied by a valet in every carriage.

The Deccan Odyssey cabins and presidential suites includes a private bathroom, a master bedroom, a twin bed with dimensions of 6' x 3', living area and a personal butler that is available in every sleep carriage. There are other on-board facilities like spa, laundry services, unlimited internet access, conference area, lounges, dining area, foreign exchange services and daily newspapers.

Pertaining food matters in the train, the dining area is always set. The dining area is decorated and offers a gourmet experience with a wide range of the region’s best cuisines. Various delicacies are offered on board right from breakfast to dinner.

From Indian to Continental cuisines cater for all travelers. Amazingly the train offers dynamic menus depending on the region the train is at a certain time. When it comes to quenching your thirst, the train’s lounge and bar area serves just right! The lounges and bar in the train re beautifully decorated creating a relaxing atmosphere for travelers to enjoy the beautiful scenery with refreshments by the side.

Travelers who would wish to continue with their busy work schedules and business meetings on board are catered for. The train has a conference area where business meetings can be held and available private rooms with unlimited internet access.

Additionally, there are secretarial services offered in the train for business persons to ease their workload. Conference cars in the train can be booked prior to departure of any journey.

After a long journey, evenings can never be better other than at the train’s spa. Travelers can unwind, undergo body therapy from body massages, and feel the glamour at the beauty parlor, with all treatments available, including a small gymnasium for those who like getting sporty!

See various art forms of diverse cultures of Incredible India as the train journeys through historical sites of India. The royal train snakes its way through the beaches along the west coast lines touching Goa. You may relax on the sandy beaches of Goa or enjoy the sight of the tranquil backwaters. You may spot a tiger in a wildlife park or watch rare migratory and resident bird species on your trip.

The journey on Deccan Odyssey is an exceptional experience with 6 well-designed itineraries (7 nights / 8 days), including trips through Western India, Central India and North India – namely, The Indian Odyssey, Maharashtra Splendor, Indian Sojourn, Jewels of the Deccan, Hidden Treasures of Gujarat and Maharashtra Wild Trail. This week - long luxurious experience of a lifetime leaves you with memories to share for the rest of your life. 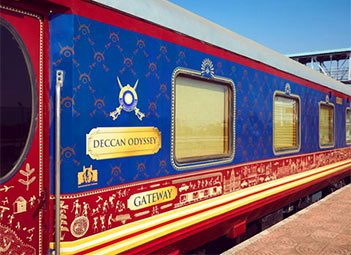 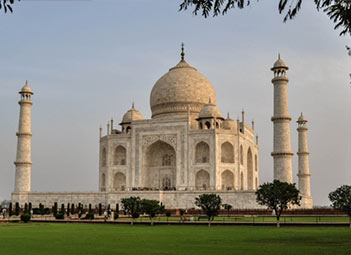 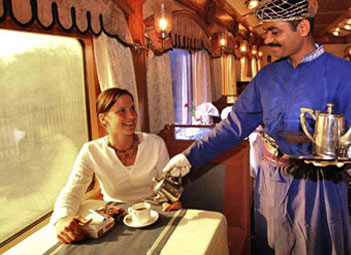 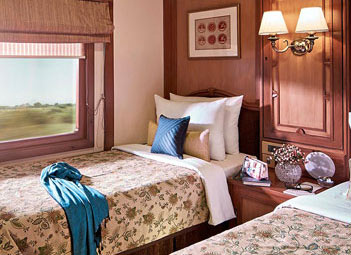 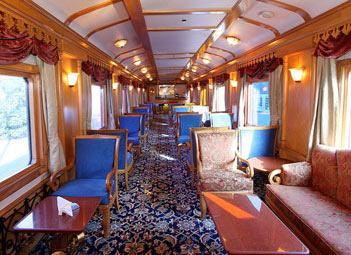 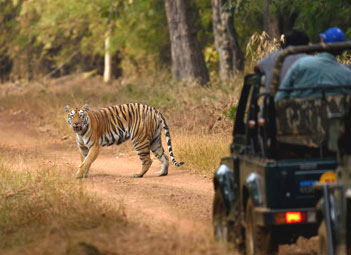 It was absolutely Amazing Journeys

We took the trip in April this year. Its just a dream holiday in the Deccan Odyssey Train. Modern amenities, personalized services and royal destinations to explore make Deccan Odyssey one of the most sought after travel alternatives in the world. 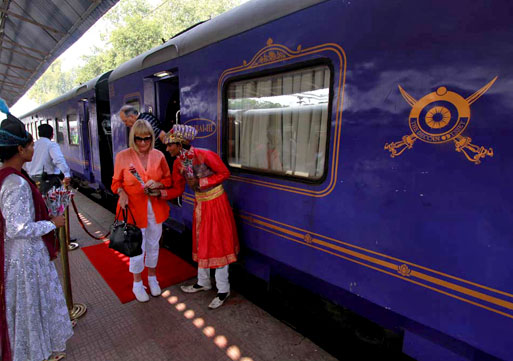 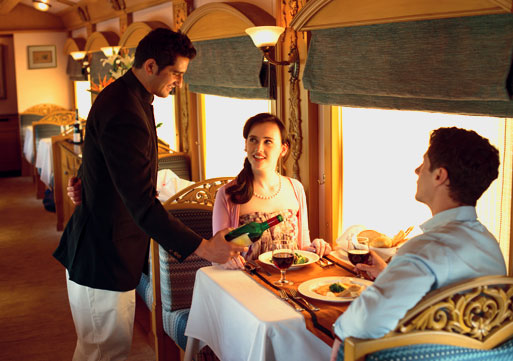 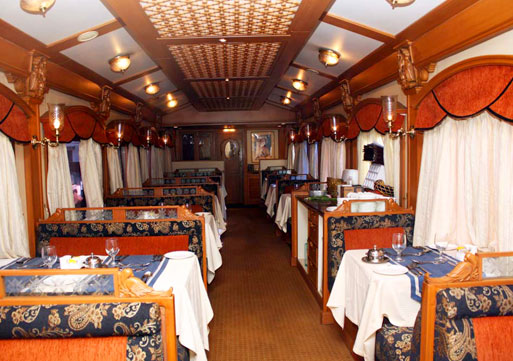 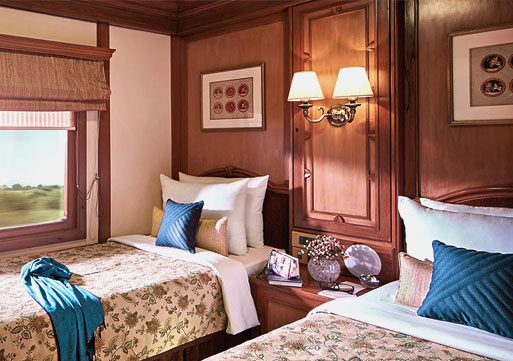 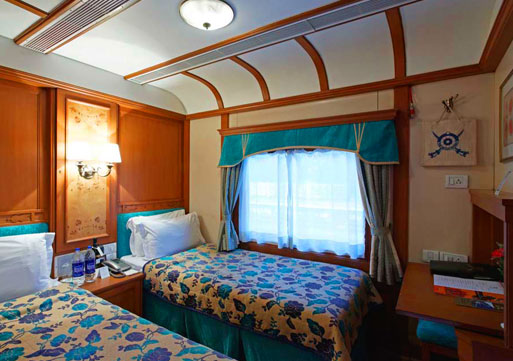 Train journeys are moments I hold dearly as they take me back to special treasured memories. The beautiful views and the bond we shared with my siblings while onboard are priceless moments of my life and an experience I will always recall.

My 8 day journey on Deccan Odyssey saw me walk through Maharashtra splendor. This itinerary will include visits to prominent destinations, from the city of Nashik, known as India’s wine capital, to Ellora Caves, Ajanta, historical Kolhapur, holiday destination in Goa and finally concluding our tour to the holy city of Ratnagiri before heading back to Mumbai. The journey on wheels was exquisite and memorable, a trip like no other, in a rich and blessed land, do welcome on board to the Deccan Odyssey!

The long awaited Maharashtra Splendor journey starts with a heartwarming welcoming ceremony at the Chhatrapati Shivaji Terminus. The atmosphere at the terminus was festive with ladies dressed in Maharashtrian attire ready to welcome us aboard. Soothing music at the background was relaxing and the utmost care with which the attendants handled our luggage was outstanding. We took our boarding passes and elegantly ushered to the royal blue luxury train. The scenery itself felt like home with traditional décor all around that was excruciatingly gorgeous coupled with a refreshing drink to just say welcome on board!

We entered the train and began our journey from Mumbai to Nashik. On making my first step in the train, I instantly felt chills, with the unprecedented luxury, I felt like royalty on wheels.

Majestically being directed to the deluxe cabins, it practically felt like home. The cabin was spacious, elegant and the details made on the décor simply radiates the Deccan dynasty.

As the evening approached, we were famished and headed to the multi-cuisine restaurant: Peshwa I. The décor at the dining area itself will make you crave for the delicacies yet to come. We were served by stewards in traditional Maharashtrian attire as we chose the best Indian delicacies coupled with the relaxed ambiance atmosphere, as we watched the ever changing views of the outside world.

The second day, we arrived at the holy city of Nashik in the morning. After a sumptuous breakfast, we disembarked and strolled through the Godavari Ghats as we watched different Hindu rituals being performed. We further strolled to the market that literally had everything from cow dung cakes to seafood. A drive to Grover Zampa vineyards made out taste buds enjoys the privilege of tasting the finest Indian wines as the vines lined up with different grapes. The ancient methods of preparing wine was an interesting art to learn. Moving forward to the sommelier, the choice of wine was endless from white, red, rose to sparkle wine. Couple this with fine delicious food, my evening was made!

On the third day on Deccan Odyssey, the train arrived at Aurangabad in the wee hours of the morning. We went for a city tour and sightseeing after which we had our heavy breakfast before heading to Ellora Caves.

Ellora Caves is a defined architecture piece with 34 rock-cut shrines dating to the 4th and 5th centuries. Kailash temple was another attraction site at the cave, a replica of Lord Shiva's celestial abode. All this history went pretty well with lunch delicacies at the Odyssey coupled with a cocktail at the bar as we rested through to the evening.

The fourth day, early morning Deccan Odyssey arrives at Jalgaon station. After breakfast onboard, we disembark and head to Ajanta Caves, a re-known Heritage site with 30 cut Buddhist caves that are well carved, filled with sculptures and Buddhist paintings.

As we marveled at the art, we savored lunch onboard and rested for a while. It may interest you to know that there are leisure facilities onboard including a gym, beauty parlor, spa and a business center for official gatherings. There is also a small lounge where you can chill out during the evening. My family and I had our special spot at the luxury lounge as we made jokes, snacked, talked for long hours and enjoyed the evening before finally leaving for Kolhapur.

From there, we visited the town hall museum and went shopping at the local market of Kolhapur. Later, we went to a restaurant to sip a cup of tea while we enjoyed a folk dance called Lavanya Sandhya. How could we leave without seeking blessings at Mahalakshmi temple, dedicated to Goddess Shakti as we witnessed a traditional marriage event before returning to the Deccan Odyssey for dinner.

On the sixth day, we arrived in India's party capital, Goa. We took breakfast and began our tour in Fontainhas, Panjimthat had well designed houses built in Portuguese style. We explored the history, culture and admired the carefully crafted architecture before leaving Ribandar, the erstwhile capital of Goa. We strolled through ruins of the St. Augustine tower, known as the pride of Goa before proceeding to Sahakari spice plantation for a Goan feast, a meal treasured for over 400 years. This coupled with Goan folk performance is splendid. After resting, we went back to the Deccan Odyssey for dinner.

On the seventh day, the train enters Ratnagiri. We embarked and visited the closest Buddhist sites in the area starting with Lalitagiri and Udayagiri. We admired the Buddhist monuments as we posed for photos to document the historic moment.

Later, we went back to the luxury train for lunch before the second round of sight-seeing and finally resting through the evening. Being the last evening together, we stayed through the night recapturing the moment and laughing as we sipped through the tasty wine for the last time.

On the eighth day, we assembled to take heavy sumptuous breakfast before I knew it, we had already arrived at Chhatrapati Shivaji Terminus Railway Station, in Mumbai. It was sad saying goodbye to the lovely crew at the Deccan Odyssey and as I parted with my childhood friends, I wish I could relive my journey on wheels over and over again.