Best Trains From Delhi to Jaipur

Jaipur is considered to be one of the top destinations in the country. There are a number of people visiting the tourist city each and every year. You get to see some of the best ancient monuments and also palaces in this beautiful city of Jaipur. It is not far off from Delhi, which is the National capital of the country.

So if you are planning to travel to Jaipur from Delhi, then travelling by train would be the best idea. These trains are quite fast, easy and also quite budget friendly.

You find the super fast trains, normal trains and also other trains travelling between the cities of Delhi and Jaipur.

The junction line between New Delhi to Jaipur is the busiest in the country. This is administered by the North Western Zones and also the Northern Railway.

You will really cherish the experience of travelling from New Delhi to Jaipur in a train.

The shortest route between these two stations is 303 km and the longest route is 314 kilometer.

The travelling time varies between 5 hours to 7 hours depending on the route.

In order to book tickets for the New Delhi to Jaipur junction, the passengers have to go to the railway reservation offices or book through the official IRCTC website.

Trains from Delhi to Jaipur

Dee Bdts Garibnath Express is operated by the Northern railways and operates between Delhi Sarai Rohilla and the Bandra Terminus in Mumbai. This is a super fast train and operates four days a week ( Monday, Tuesday, Thursday and Saturday). Initially, this train only operated between the Jaipur Junction and Mumbai.

But the number of passengers between both these stations increased and therefore the train route also got extended to Delhi.

Time and station of departure : Starts from the Delh Sarai Rohilla railway station at 9:20 am

Time and station of arrival : Jaipur Railway station at 2:10 pm 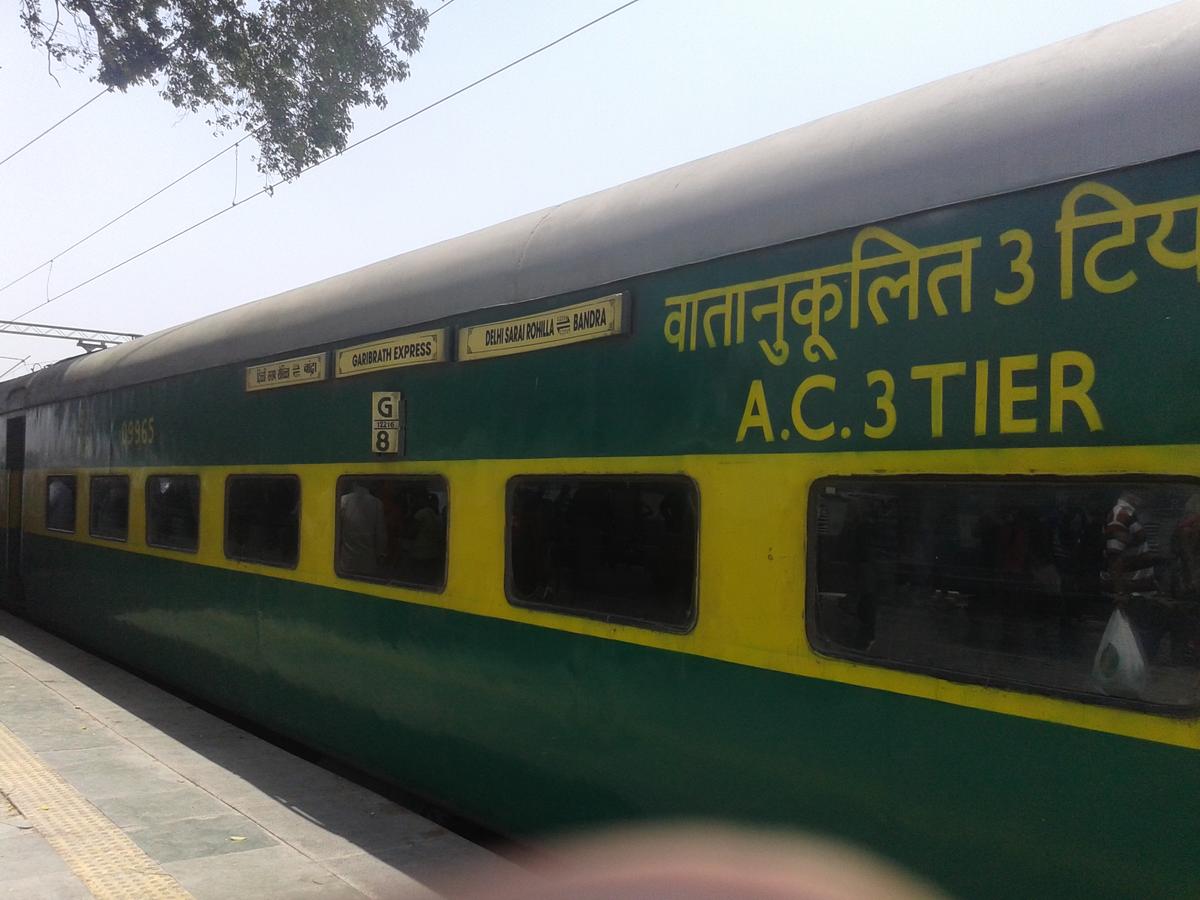 The Ajmer Shatabdi Express runs all 7 days of the week and the meals are included in the train fare. The punctuality, the cleanliness and the availability of the ticket for this particular train is exceptionally good. This train also has a foreign tourist quota and operates under code number 12015.

Time and station of departure :  This train starts from the New Delhi Railway station at 6:05 am

Time and station of arrival :  It reaches the Jaipur station at 10:40 am

Fares : The ticket fares vary depending on the demand and the seat availability. The price for the Executive chair is Rs. 1303/-. The prices for the AC chair varies between Rs.596 and Rs.805.

Ala Hazrat Express is also another morning train that runs with the code of 14321.  It runs on Mondays, Tuesdays, Wednesdays and Saturdays. The food and the cleanliness of this particular train is most average. The ticket availability is also average however there is an option for foreign quota as well.

Time and station of departure :  This train departs from the Old Delhi Station at 11:45 am.

Time and station of arrival :  It reaches the Jaipur station at 5:20 pm.

Ashram Express is operated by the Western railways and is also a super-fast train. It runs between old Delhi and Ahmadabad. This train operates under the code 12915 and 12916. There are a total of 20 destinations and it takes 15 hours to complete the entire journey.

Also Read:  Booking Train Tickets for Travel in India - All You Need To Know

Jaipur is located at a distance of 308 kilometers and is the 11th station. This train operates all seven days a week and takes 5 hours to reach Jaipur.

Since there are a number of stations through this train passes, so you get the option to get down in one of these stations and enjoy the foods there. It does not have a pantry car facility.

There are 3 AC coaches, AC 1st class being the most expensive among them. There is also the AC sleeper class train available here.

Time and station of departure : Starts from the Old Delhi Railway Station at 3:20 pm

Time and station of arrival : Jaipur Railway station at 8:25 pm 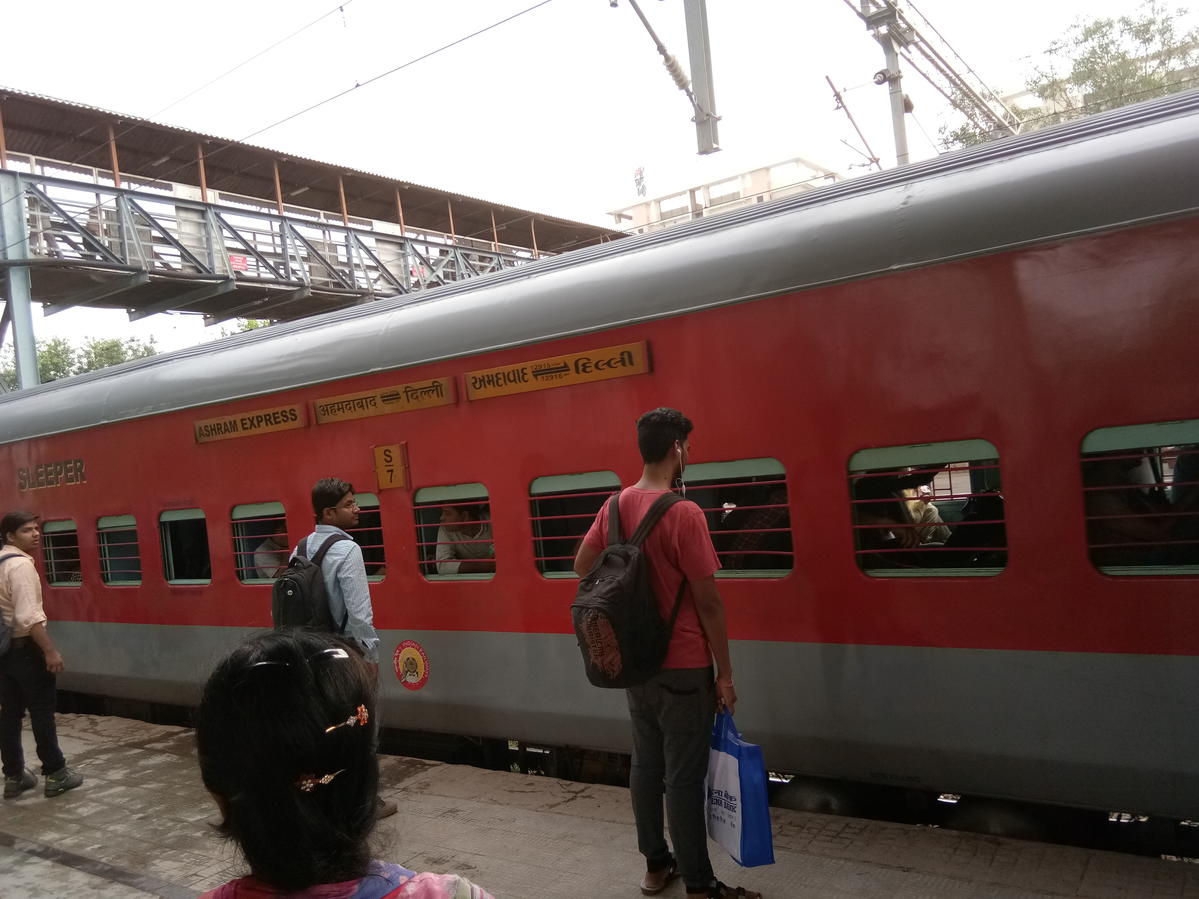 JP Double Decker runs on all the 7 days of the week. There are a total of 6 stations that train covers and the last and the sixth station is the Jaipur station. It covers a total of 303 kilometers. It takes a total of 5 hours to complete the entire journey.

Time and station of departure : Starts from the Delhi Sarai Rohilla Railway Station at 5:35 pm

Time and station of arrival : Jaipur Railway station at 10:05 pm 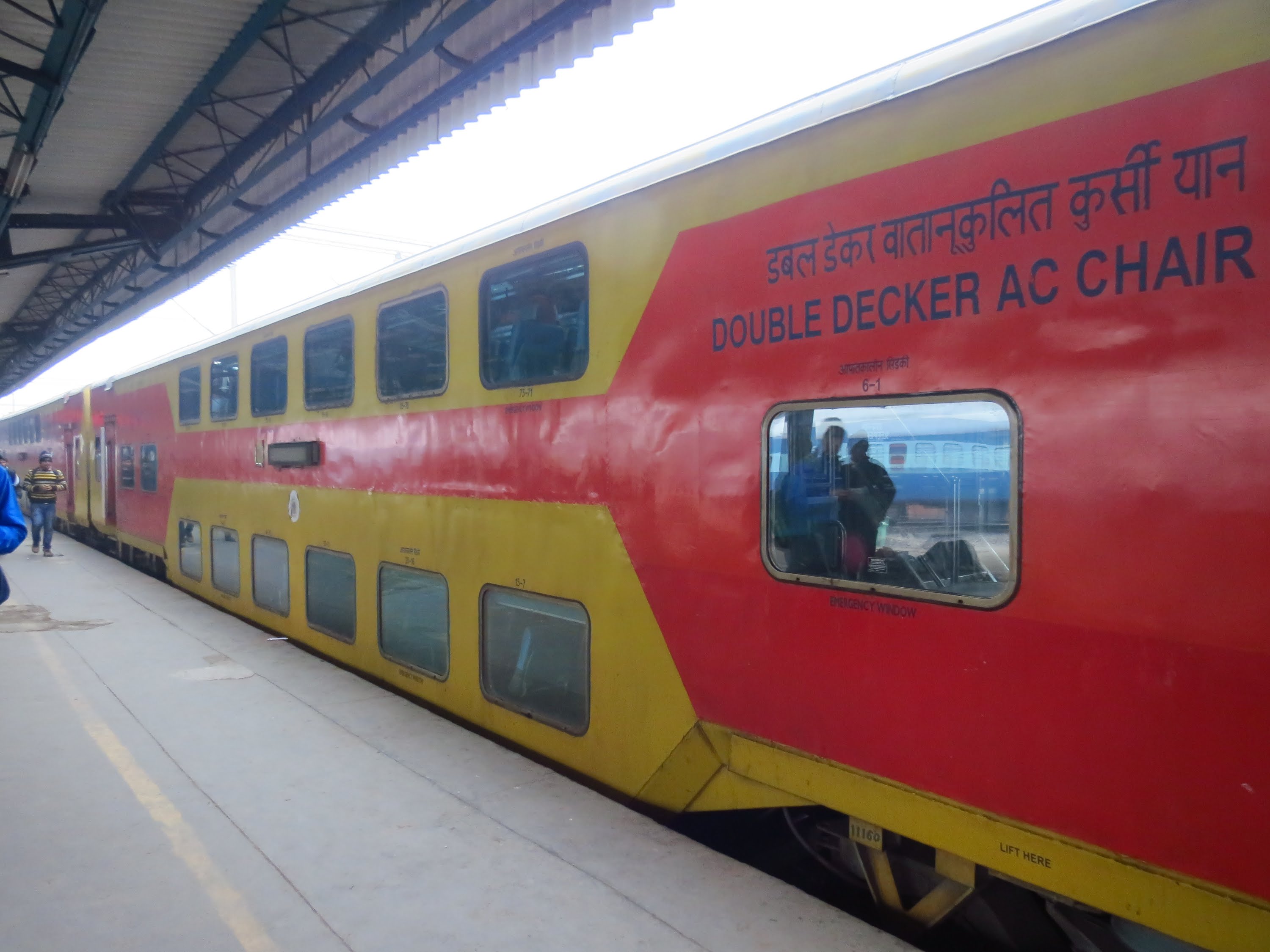 Swarna Jayanti Rajdhani Express operates under the code 12958. This train has a dynamic pricing system. This means that the ticket fares will vary according to the demands. This train runs daily and the fare is inclusive of the meals.

Both the punctuality and the ticket availability is good and there is a foreign tourist quota as well.

Time and station of departure : It starts from New Delhi station at 7:55 pm.

Time and station of arrival : Reaches the Jaipur station at 12:20 am.

Q1. Which is the fastest train from Delhi to Jaipur?

The fastest train from Delhi to  is the Ajmer Shatabdi Express that operates under code number 12015.

Q2. How many trains are there from Delhi to Jaipur?

A: A total of 32 trains are running among Delhi and Jaipur railroad stations. Some significant trains that run from Delhi to Jaipur are ADI SjRajdhani, BE BHUJ Express, Ashram Express, Yoga Express, and Rajasthan S Kranti.

Q3. When does the first Delhi to Jaipur train leave?

A: The first train between Delhi and Jaipur is HW UDZ Express that starts at 12:56 am from Shahdara Railway Station (DSA).

Q4. Which is the last train to Jaipur from Delhi?

A: The last train from Delhi to Jaipur is the Swarna Jayanti Rajdhani Express  operating under the code 12958

Q5. From which stations in Delhi can we board the stations to Jaipur?

Q6. What are the de-boarding stations in Jaipur for Delhi Jaipur trains?

A: The de-boarding station in Jaipur from Delhi is the Jaipur railway station.

Q7. What is the distance that covered to reach Delhi to Jaipur?

A: The distance between Delhi and Jaipur is 288 km by rail.

Q8. How many days do the trains between Delhi and Jaipur run?

A: The trains between Delhi and Jaipur run all the 7 days in a week.

Q9. Which is the slowest train between Delhi and Jaipur?

Q10. Which is the best train from Delhi to Jaipur?

A: The best train from Delhi to Jaipur is the Ajmer Shatabdi express.   It the fastest and cheapest means of transport. It starts from new Delhi railway station at 6.05 a. m. and it reaches Jaipur at 10.40 a. m

Q11. Which train takes the least time to reach Jaipur from Delhi?