10 Best Trains from Delhi To Agra to See Taj Mahal

It is very well connected to most of the cities across the country. You will get regular trains to Agra from Delhi. There are   total of five stations in Agra. These are Raja ki Mandi, Agra Fort railway station, Agra Cantt station and also Idgah railway station. 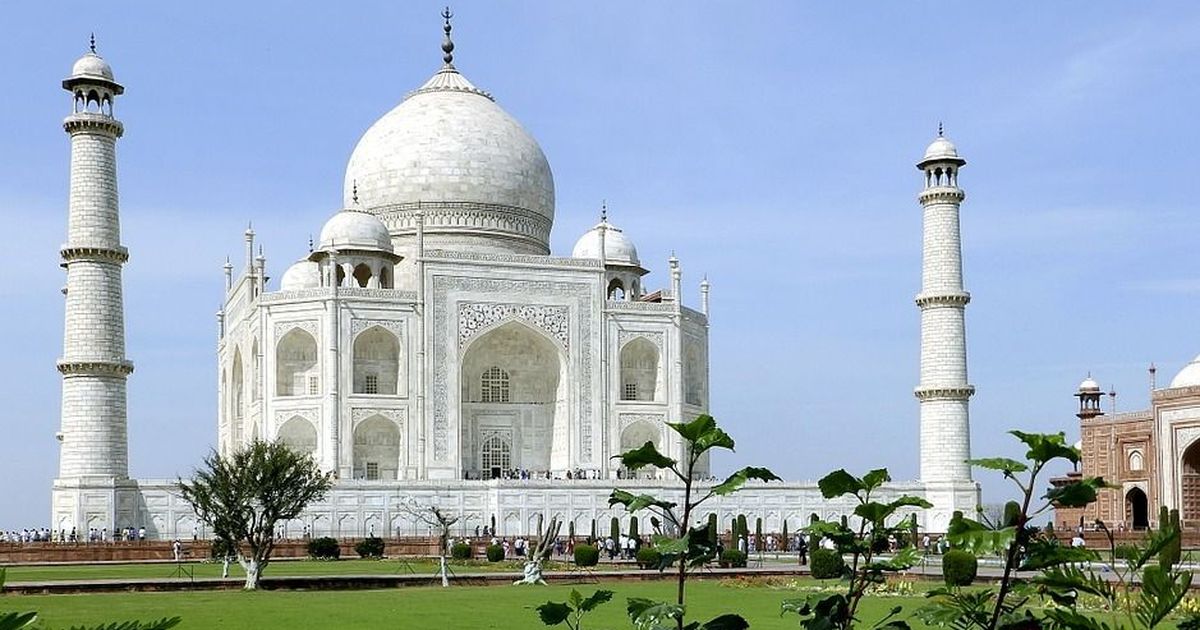 • There are certain days during the winter season when the trains are delayed. This is mainly due to the fog.

• If you want to book tickets under the Foreign Tourist quota, you can book it by going to the International Tourist Bureau that is located at the railway station in New Delhi. This office is located in the main building and it is on the Paharganj side. You can go there anytime because it is open for 24 hours.

Best Trains from Delhi To Agra to See Taj Mahal

This is the fastest train from Delhi to Agra. It moves quite fast and is a train that has been launched quite recently. It moves non-stop. This is also said to be the first semi-high speed train in India. It travels at around 160 km/hour. The train runs daily except Friday. This is because Taj Mahal remains closed on Friday. 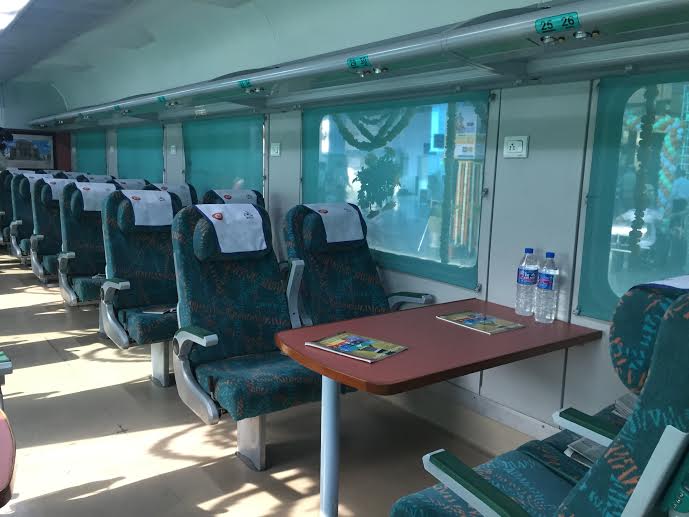 There is an onboard catering service available and here you have the option of both Indian and continental dishes. There are also multimedia facilities and hostesses on this particular train.

Departure station and time : The departing station of this particular train is Hazrat Nizamuddin Railway station in Delhi. It’s the time of departure is 8:10 am.

Total Time : It takes around 1 hour and 40 minutes to reach its destination.

The departure time for this particular train is quite early and if you want to start for Agra from Delhi in the morning then this is certainly the best option for you. This train stops in just one station. You will be able to get this train every day and it is also quite a punctual train. The train is also quite clean. 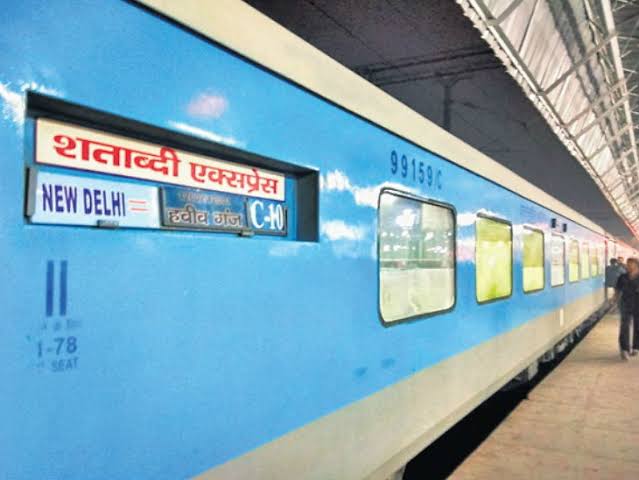 This train started its services in the year 1988. This was the first Shatabdi train. It runs at an average speed of about 84 km/hour including the halts. The Indian Railways further have plans to cut short the traveling time of this train.

Departure station and time : It leaves the New Delhi station at 6 am

Total Time : It takes around 1 hour and 57 minutes to reach its destination.

The Taj Express started operations in 1964 and serves travelers traveling from Delhi to Agra. It reduced travel time from more than three hours to about two and a half hours. This train is quite a popular train and has a total of 4 stoppages. The availability of tickets for this particular train is quite good and which runs daily. It is also on time in most of the days. The cleanliness is good but it neither has a pantry nor any catering services. 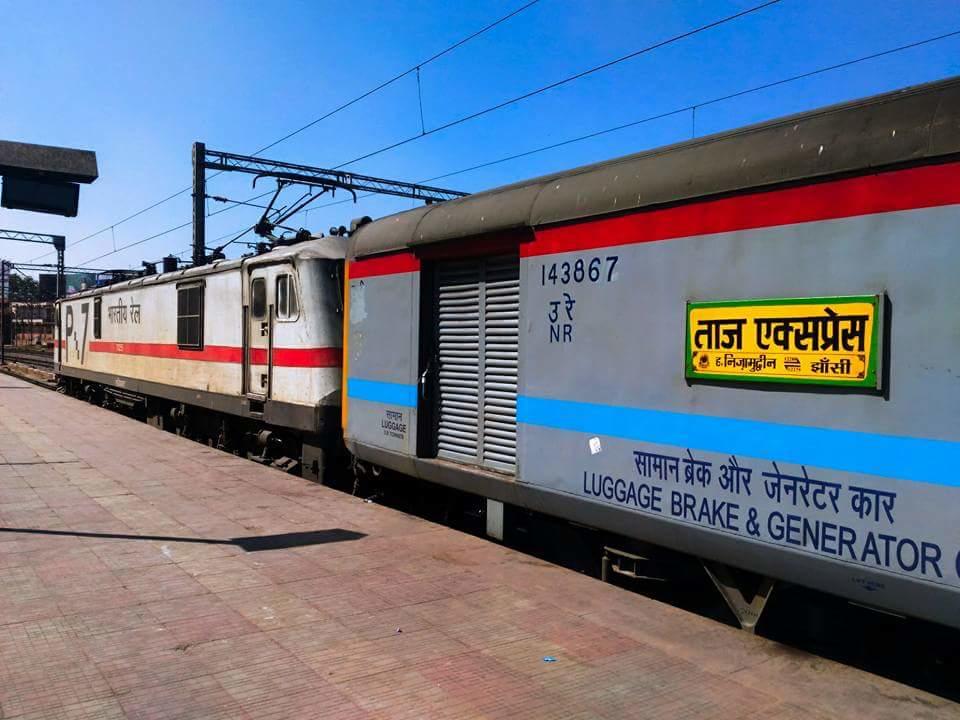 This train runs regularly between Hazrat Nizamuddin Railway station and the Jhansi junction. The train first started operating between New Delhi and Agra.  Both Delhi, as well as Agra, are counted among one of the best places for tourists.

This train became the first choice of a number of national as well as international tourists. This train also included other locations like Jhansi, Gwalior. It covers a total of 403 kilometers in 7 hours time.

Departure station and time : It leaves the New Delhi station at 6:45 am

Total Time : It takes around 3 hours to reach its destination.

22416 / Andhra Pradesh AC Super Fast Express is one of the famous Indian Railways running between New Delhi and Visakhapatnam Junction. This train does not have any stops and runs daily. This is not a very punctual train and there are a lot of instances of delay for this particular train. This train runs every day through the states of Telangana, Maharashtra, Madya Pradesh and Uttar Pradesh. 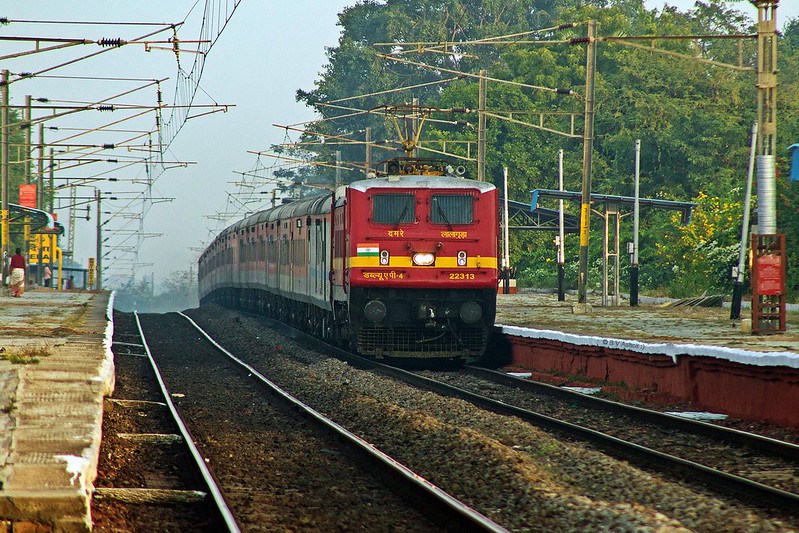 Departure station and time : It leaves the New Delhi station at 6:25 am

Total Time : It takes around 2 hours and 35 minutes to reach its destination.

Apart from the trains mentioned above, there are also other sleeper class trains that run between Delhi and Agra. In order to get some more details about them, you can also go through the Indian railways official website.

Q. How many trains run from Delhi to Agra on a daily basis?

A. There are as many as 27 trains that run from Delhi to Agra daily.

Q. When does the first train leaves from Delhi to Agra?

Q. When does the last train leaves from Delhi to Agra?

Q. How many Rajdhani trains originating from Delhi to Agra?

Q. From which stations in Delhi you can board the train to Agra?

A. The stations in Delhi from where you can board the trains to Agra are ELHI KISHANGNJ (DKZ), NEW DELHI (NDLS), H NIZAMUDDIN (NZM), OKHLA (OKA), SHAKURBASTI (SSB) and SUBZI MANDI (SZM).

Q. What is the fare of Delhi to Agra?

A. The train fare from Delhi to Agra for 1AC executive class is around Rs.1495, for chair car and ac seated the fare varies between Rs.750 - Rs.993 approximately.

Q. What is the distance that covered to reach Delhi to Agra ?

A. The distance covered between Delhi and Agra by train is 195 kilometers.