Top 10 Places to Visit and Things to Do in Lucknow

Lucknow, the capital and tourist gem of Uttar Pradesh is a land of interest, architecture and beauty. The history of the land dates back before Mughal Empire. However, the city gained its fame during the Mughal Empire. The city became rich with music, embroidery, poetry and others. Today, it is an important tourist destination filled with many important landmarks and beauties.

Here are the top ten things to enjoy in Lucknow.

This monument of 18th century was built by Nawab Asaf-Ud-Daula. This is one of the oldest monuments of Lucknow, which resembles Mughal structures. This monument is a part of Bara Imambara complex, which holds many courtyards, mosques, gateways, stepwells and others.

The stepwell was once used as a summer palace of the royals. The main monument, Bara Imambara is a central hall, with the largest arched hall of the world. The most interesting part of this arch is that, it does not have any ceiling support or pillar support. 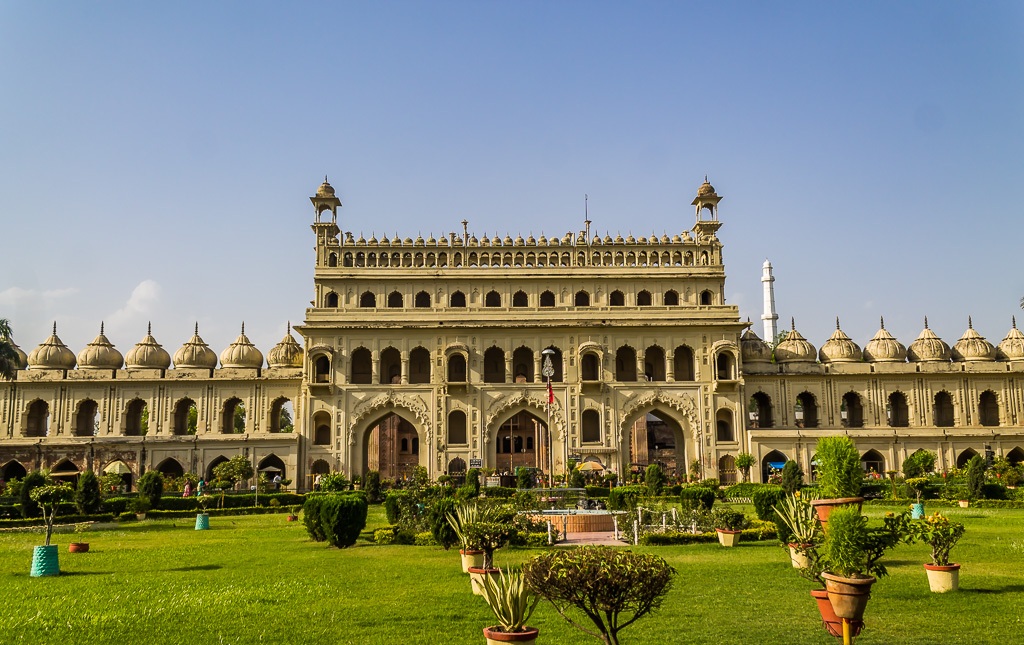 This zoo is covered in numerous itineraries by locals and international tourists. The zoo is a hit among children. It is home to 348 birds, 447 mammals and a few reptiles. Among these, 97 species are wild animals. Top animals to spot here are Royal Bengal tigers, Himalayan black bear, Hoolock gibbons, Indian rhino and others.

Top birds to spot in this zoo are silver pheasant, golden pheasant, great pied hornbill and others. If you visit during Friday, you can take part in the Touch Table Program inside the Nature Interpretation Centre. The zoo also has a toy train to span the place.

Also Read:  Top 10 Places To Visit In May Around the World 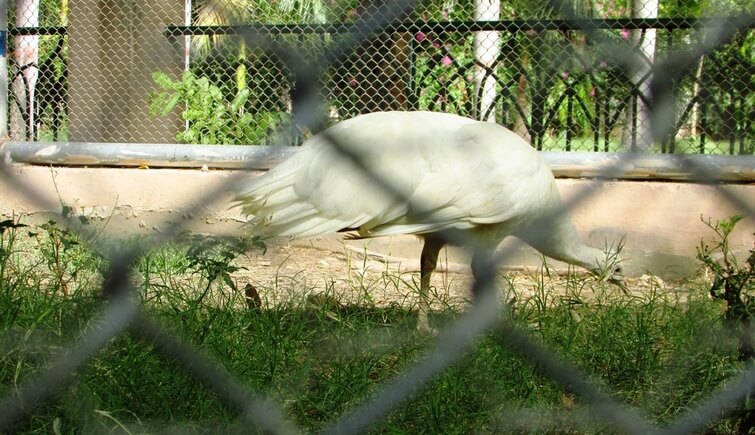 This is a historic landmark of the land. This British Residency is famous for its collection of gardens and ruins, which give a clear view of the history of British rule and fall. This destination was a refuge for more than 3000 British during the first revolt of India against British.

The walls of the residency still holds cannon balls and bullets, which were used by both sides during the revolt. The monument also holds more than 2000 graves, which belong to soldiers of Britain, who died during this revolt. There is also a museum inside the residency.

This memorial museum was built in 1857. The museum holds numerous exhibits and historic elements. It includes canvas painting, lithographs, photographs of battles and others. There is a small gallery, which holds artifacts evacuated from the complex. It is also a good spot to learn about the history of the land. 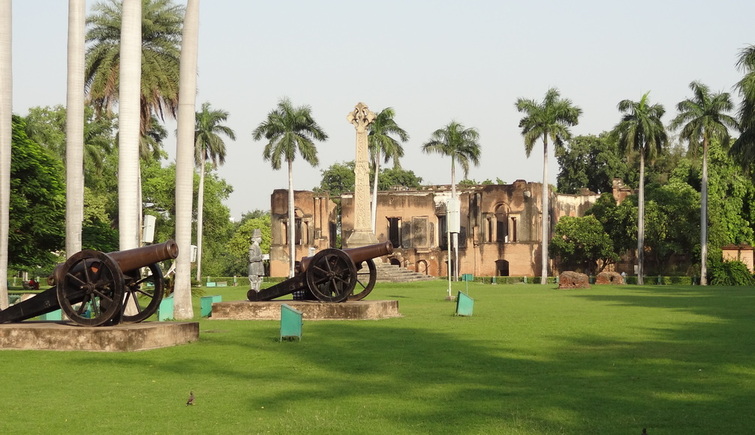 This is one of the finest dining experience of the city. Located inside Vivanta by Taj, this is an important restaurant to try. Apart from the luxury and decor factor, the restaurant is famous for traditional Mughlai and Awadhi cuisine. Best dishes to try are delicious biryani, parathas, kebabs and others. 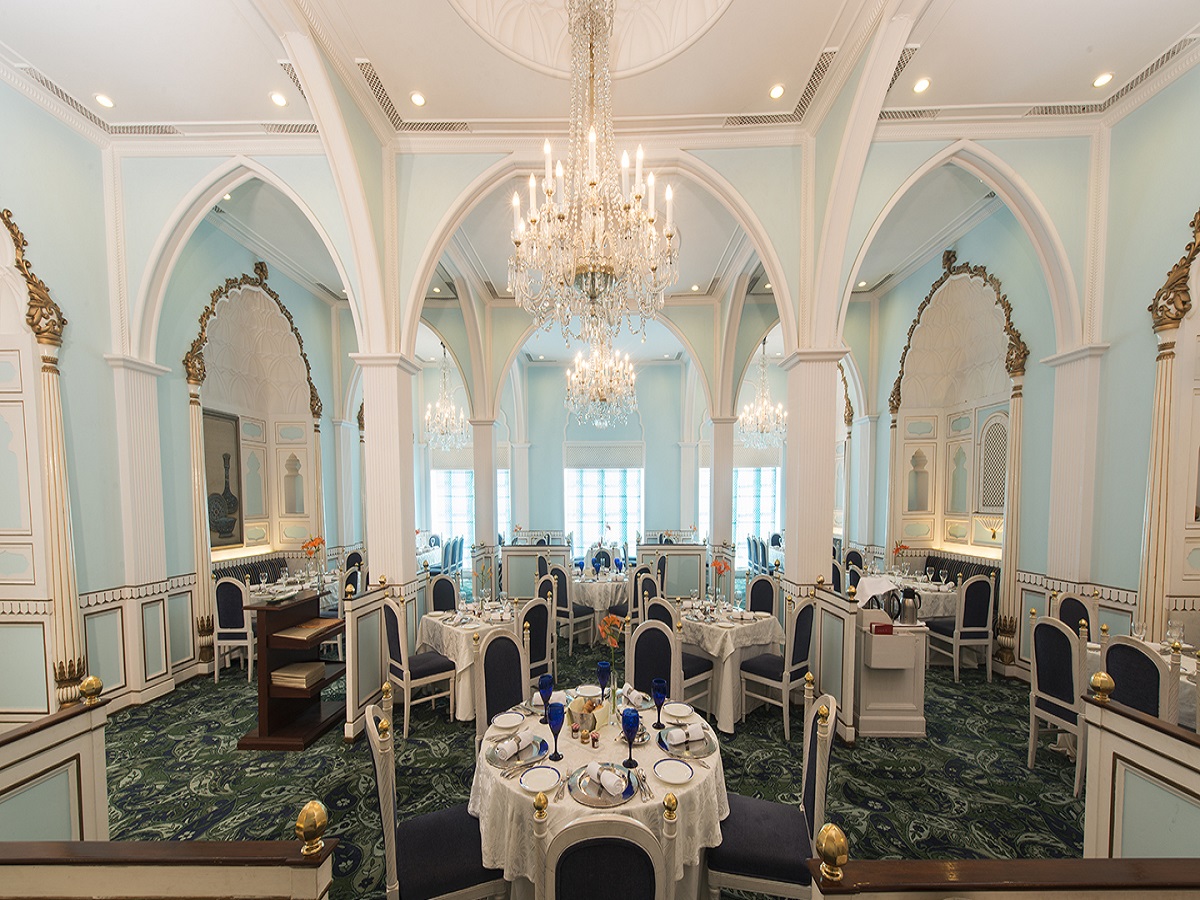 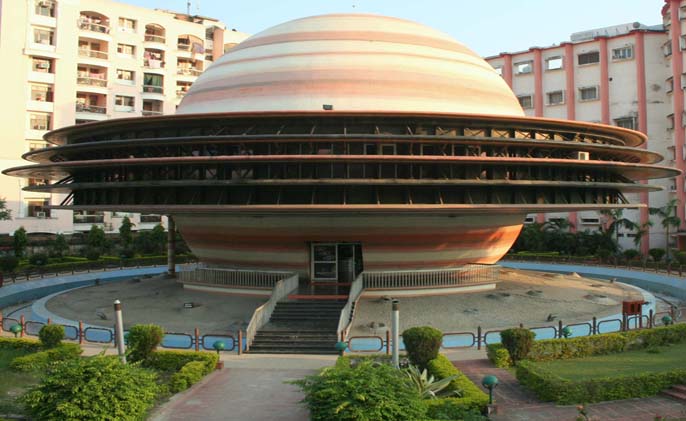 This is the place for shopping experience. The Hazratganj is a major district in Lucknow, which is famous for shopping. Started in 19th century, this region came into glory after it was taken over by the Nawab, from the British. The region is filled with markets. Top things to buy in these markets are perfumes, artwork, handloom, textile and others. Embroidery works of Lucknow is very famous. 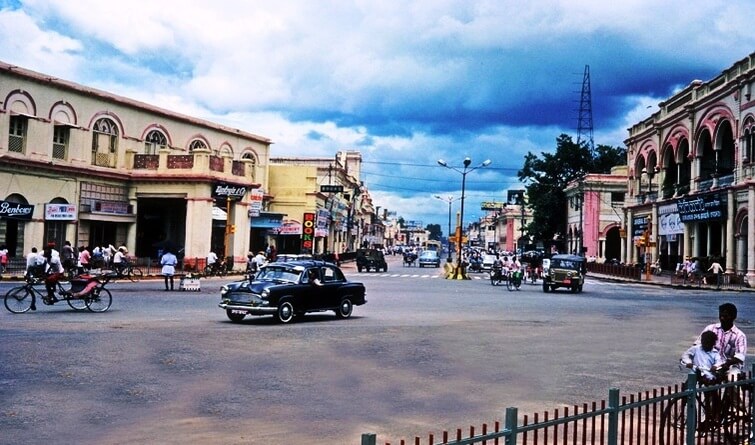 This is the top mosque of the region, and an important tourist destination. Built in 15th century by Sultan Ahmed Shah, this structure is famous for its yellow sandstone architecture, carved pillars and others. The tomb of Sultan Ahmed Shah is also located inside the mosque. Plan your trip to Lucknow and explore Jama Masjid through the Maharajas Express, which covers Lucknow with “The Indian Panorama” journey of luxury train. 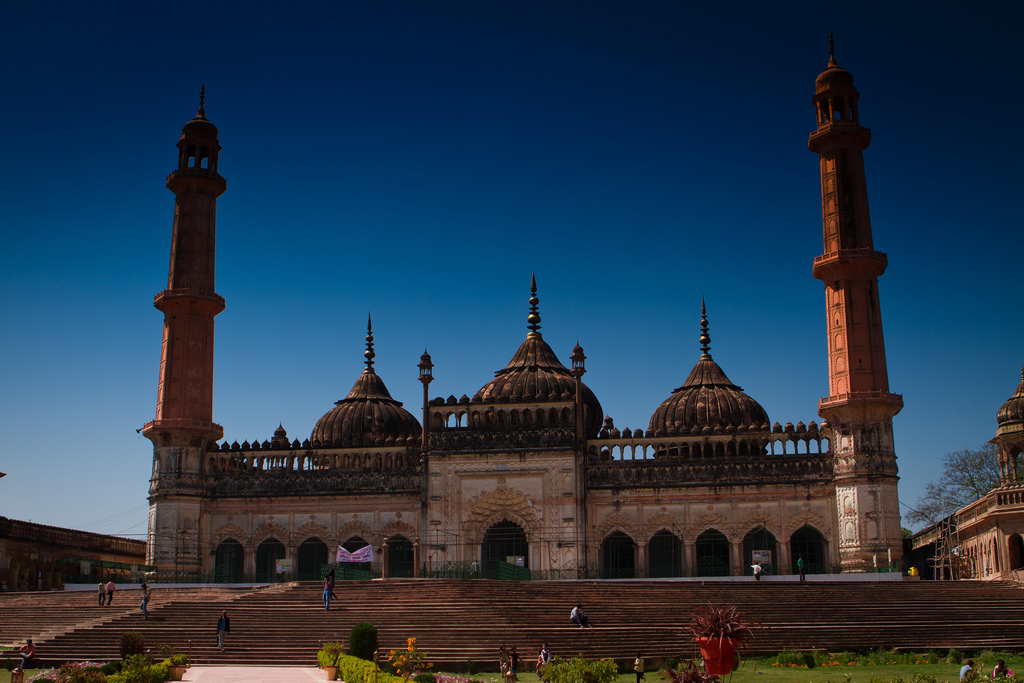 The city is filled with heritage sites and architectural beauty. The best way to enjoy all the attractions is by taking a heritage walk. Choose heritage walks assigned by the government. The walk includes a guided trip with an English-speaking guide. The walk starts from Tila Wali Masjid and takes you to Bara Imambara, Chowk district and others. 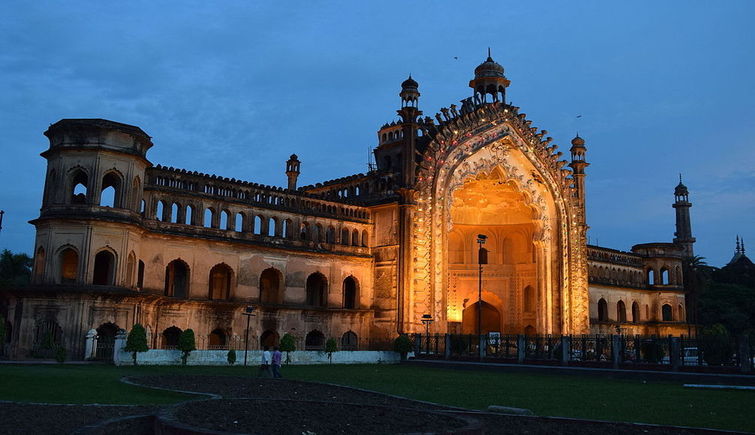 This is an impressive monument of 18th century, built by Asaf-Ud-Daula under the famous “food for work’ program. When Lucknow was under a harsh famine, the king did not want to just give free food to the citizens and make them lazy. Therefore, he started a large construction. Every citizen was allowed to work and were paid with food. The monument was built in just one year. It holds a decorative gateway, carved pillars, tower space and others.

Also Read:  Witness the Elegance of Kathak at Lucknow through Indian Panorama of Maharajas' Express 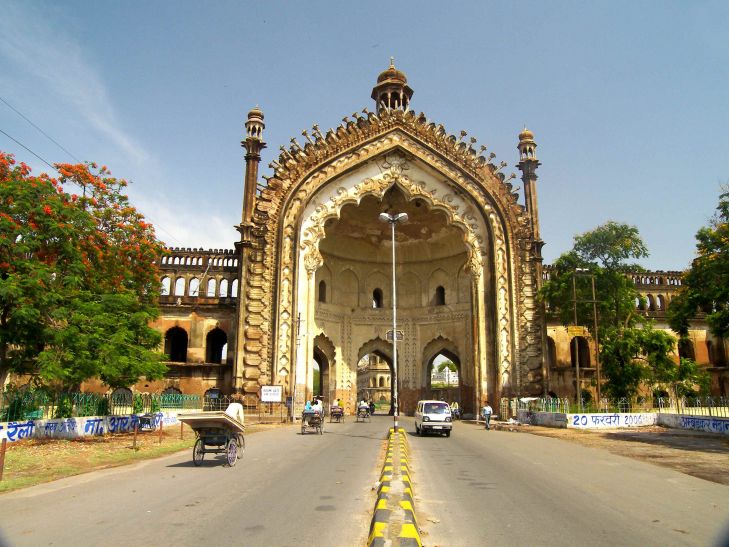 The city’s traditional cuisine is an important element to enjoy in the city. However, when it comes to cuisine, lavishing restaurants are not the only part to enjoy. On the other hand, the street food of Lucknow is a tasty treat too. Top dishes to try in this genre are found in the market regions.

Unique street food to enjoy are tunday Kebab, Galawati kebab, nilhari, kulcha, nimish, halwa, kali gajar halwa, habshi halwa, gulab jamun and others. End your food hunt with Banarasipaan. Remember to bring a bottle of mineral water with you. Do not rely on the water served by the vendors. 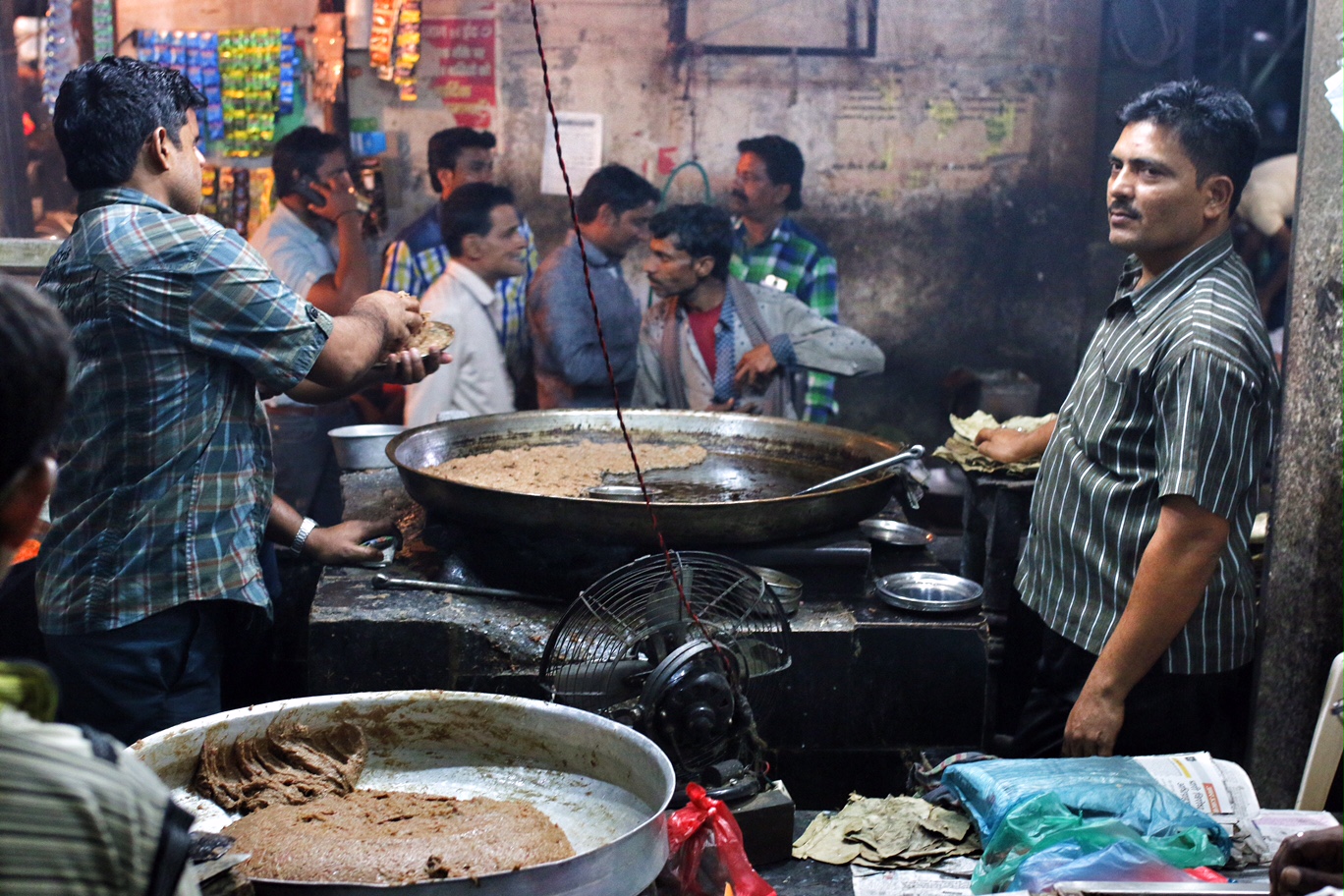 If you wish to enjoy attractions around Lucknow, top places to visit are Agra, Mussoorie, Kanpur, Varanasi and others.

Most Popular Places to Visit in India are: