Underwater Railways – Everything You Need To Know

Mumbai to Ahmedabad bullet train, which is proposed to be on the tracks by 2023 is not just the first bullet train of the country but, the first underwater train too. Out of the 508 km between Mumbai and Ahmedabad, 21 km will be routed underground and 7 km under the seabed.

In another news, Kolkata is about to get the first underwater metro which would run under the Hoogly River. Now, what do you know about underwater railways?

Read more:  10 Reasons Why We Love to Travel in Train

Here is a brief introduction to the underwater railways of the world.

Historically, the first tunnel was built in Kibblesworth in 1855 as a test tunnel before their project in London. The first underwater railway tunnel was 396m long and was located 23 meter under the river surface. This tunnel was built was usage of horse carriage but, it was turned into railway tunnel under the Thames River. From there, many countries started to reduce commuting time by building tunnels undersea for trains.

Top Underwater Tunnels Of The World 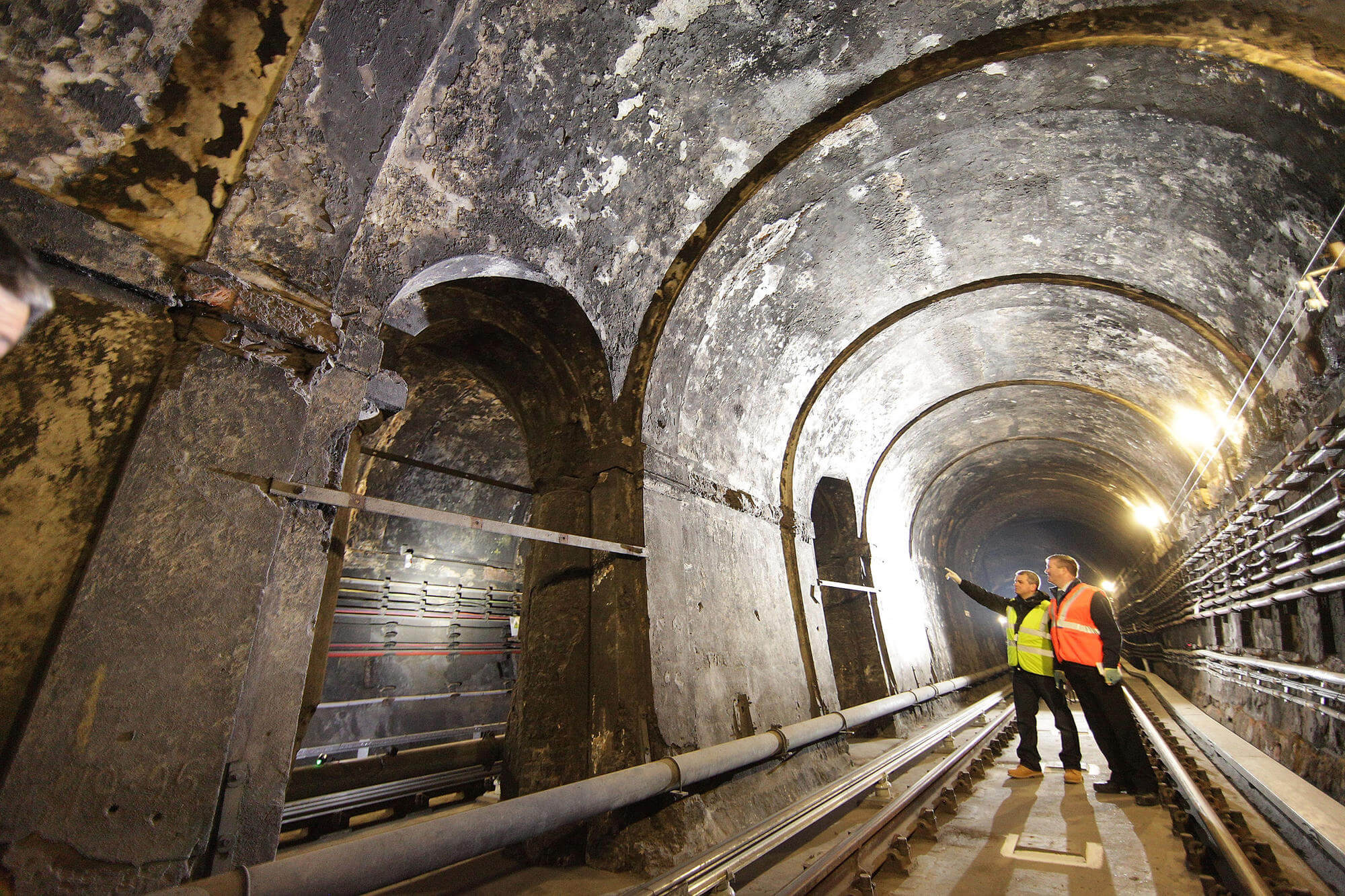 This is one of the oldest underwater tunnels in the world, built in 1843. This tunnel used the tunneling shield technology, which connected the historic cities of Rotherhithe and Wrapping. Today, it is one of the most significant train routes of London and an interesting tourist attraction. The tunnel stretches for just 0.4 km.

Must Read : The Changing Face of the Indian Railways 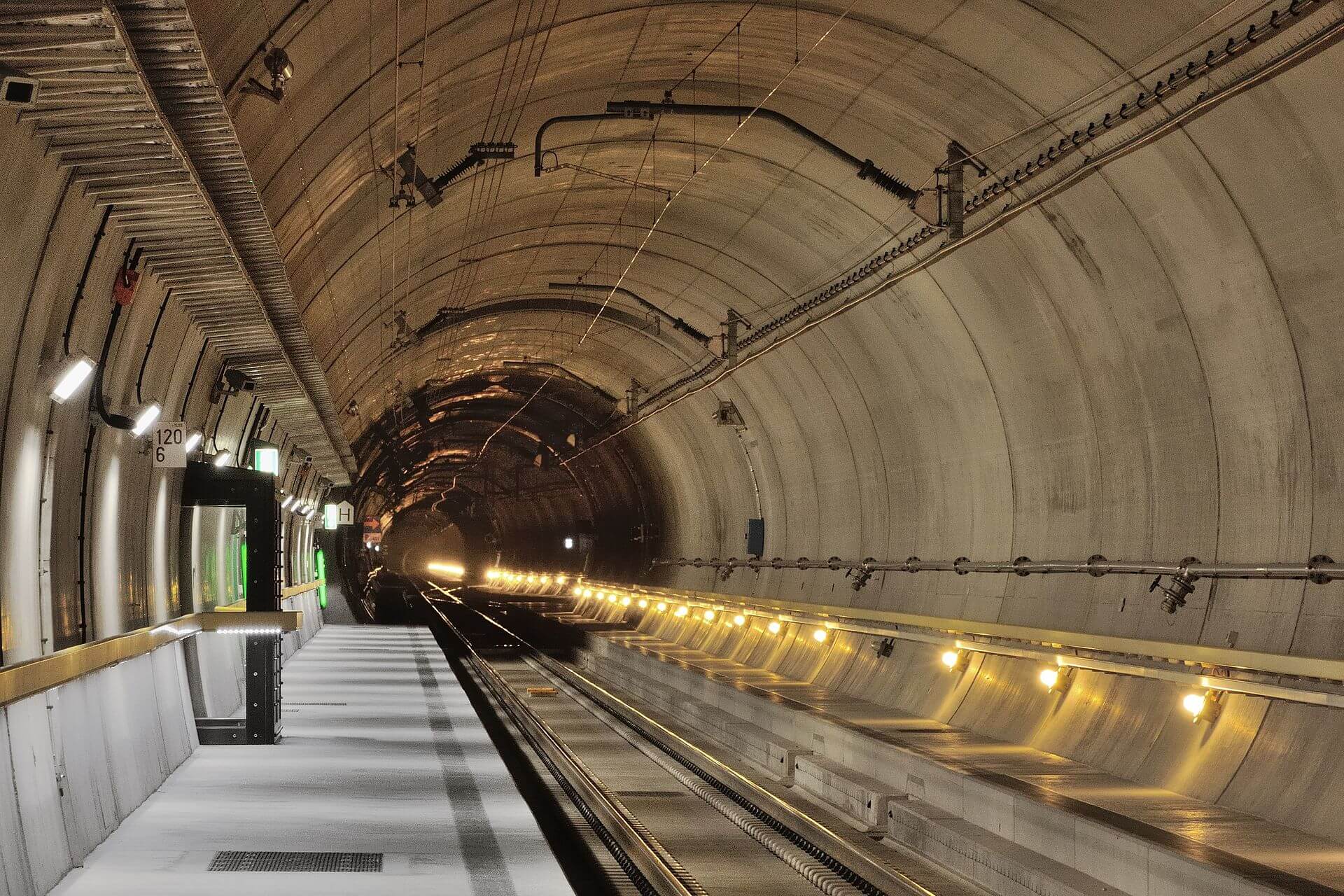 This underwater sea tunnel reaches to a whooping depth of 2300m. The route connects Zurich with Milan and the trains cover 57 km underwater in just 20 minutes. 3,200 km of copper cables were used for the construction of this 57km tunnel. If lined horizontally, the cables would stretch between Madrid and Moscow. 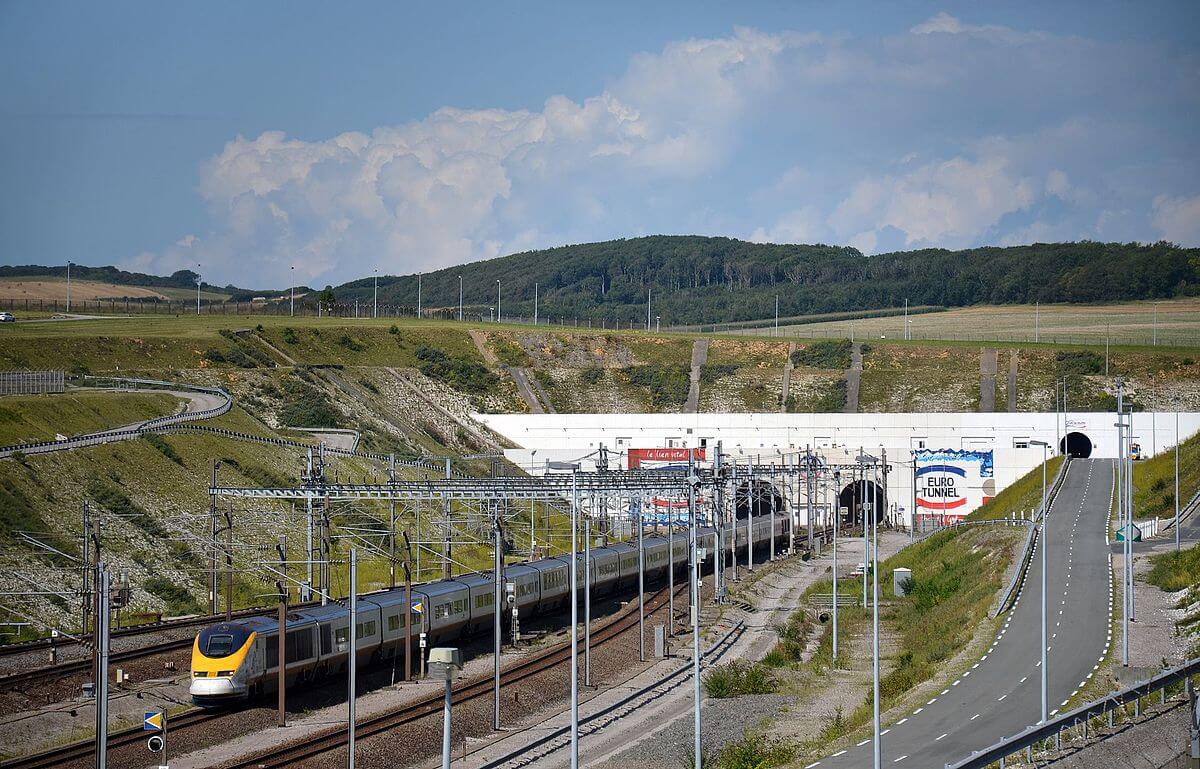 This is an inter-country train tunnel connecting England with Europe via the English Channel. The tunnel connects Northern France with England with the world’s longest undersea tunnel of 37.9 km. This tunnel was proposed in beginning of 19th century and the proposal included building an artificial mini-island in the middle of the channel for maintenance purposes. It was initially built for road transportation and now, it includes a fast train too. 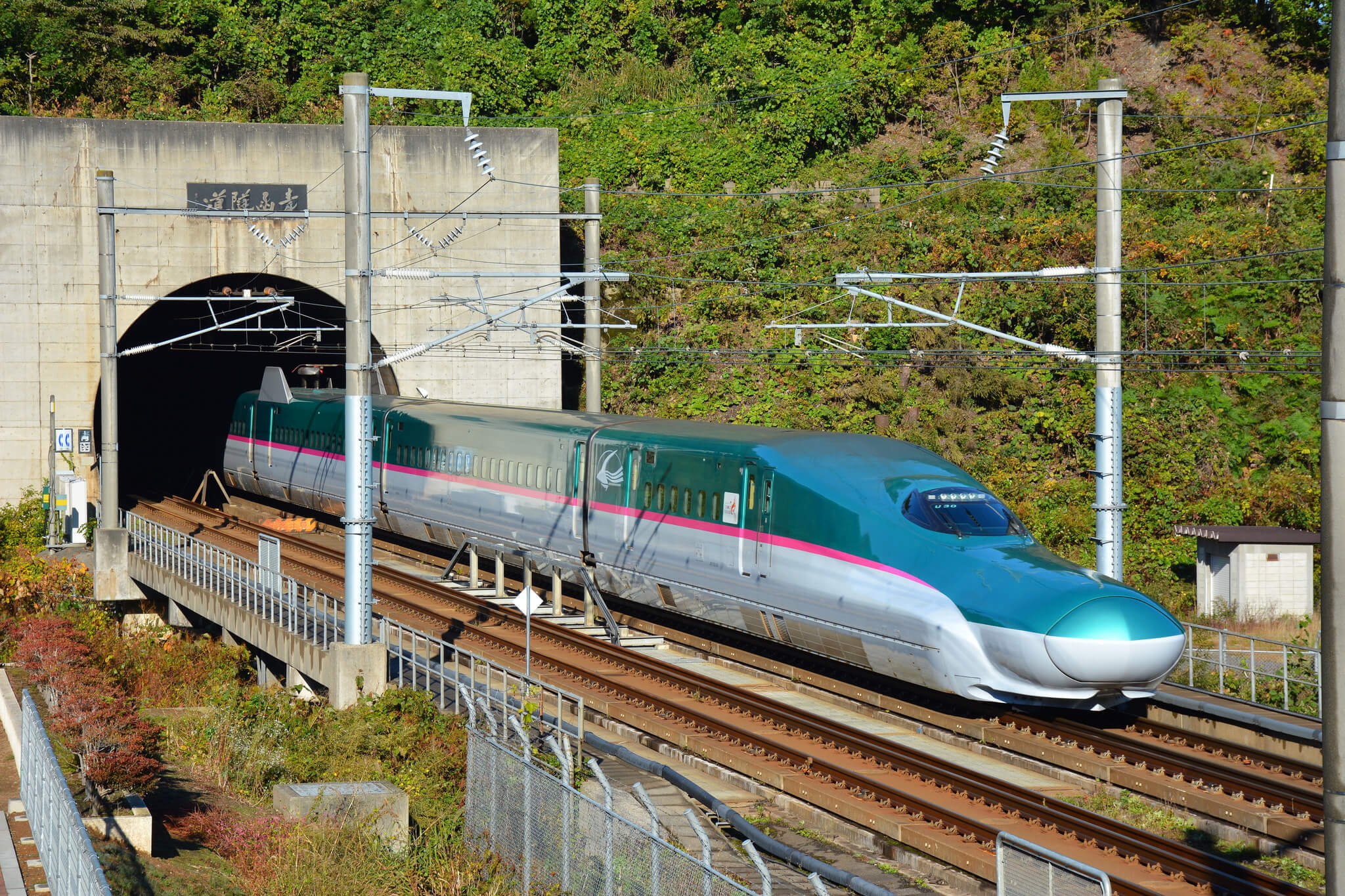 This is a railway tunnel of Japan, which was considered as the longest and deepest rail tunnel of the world, when it was built in 1988. The tunnel stretches for 23 km at a depth of 140m below sea level. The train route connects Aomori Perfecture with Hokkaido Island. 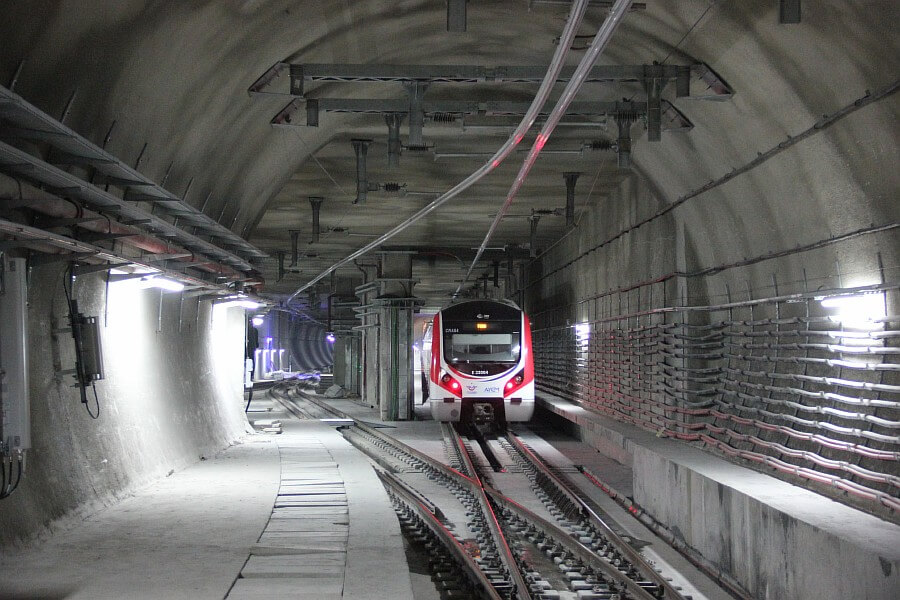 This trail tunnel was a dream of a sultan, around 150 years ago. This project started in 2004 connecting the western and eastern Istanbul, technically connecting two continents. It travels under water at the Bosphorous strait, which connects the Asian and European parts of Turkey. This tunnel sits 190 m below sea level.

There are plans to connect UAE with Mumbai with 2000 km underwater train. The plan was proposed in UAE India Conclave of 2018. The project is in paper state and feasibility studies are yet to be done. If undertaken, this would be the world’s longest underwater train.

How Safe Is Underwater Train Journey?

We are talking about a technology brought to the world in 1800s which is in constant development for safety and speed and perfection. There is always a small risk in every commutation, including a bicycle ride. Any train tunnel you spot is not just a singular tunnel. It will be fitted with emergency tunnels for safety purposes.

Starting from earthquake to fire, every catastrophic situation would have been taken into account to create a tunnel for transporting millions of people every year. Thus, by taking an underwater train, you are taking the same amount of risk as in riding a normal above-the-sea-level train.

Must Read: Most Important Thing To Carry While Traveling In Trains

There is a luxury in trying out things that most of the rest of the world hasn’t tried yet. This is the one driving force for tourists trying out undersea travel in train. If you are wishing to try other exclusive elements of train travel, try the luxury trains of the world such as

Also Read:  10 Best Destinations in Asia to Explore by Train