Top 15 Fastest Trains in the World

Nowadays some high speed trains are challenging aeroplanes in terms of speed and service. While Japan is known for its supreme version of bullet trains, China’s high speed trains rank top with speed up to 350 km/hr. High speed trains of Europe are offering more comfortable journey than the flight. The list of fastest trains in the world has been discussed below.

Here are the 15 fastest and high-speed trains in the world, ranked by service speed:

The amazingly fast speed train Shanghai Maglev has been operated commercially in China since 2004. The world’s first maglev train runs from Pudong international Airport to Longyang rd. station. Shanghai maglev, operated by Shanghai maglev Transportation Development Co. , was constructed by the collaboration of Siemens and Thyssenkurpp. 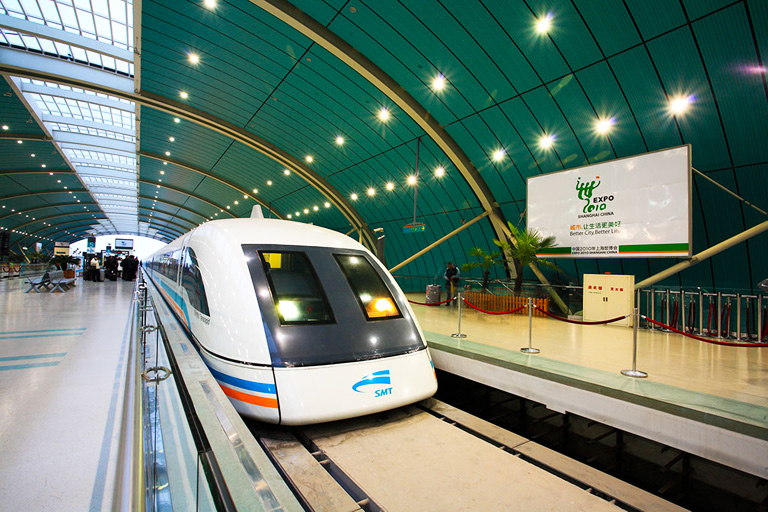 The maglev train covers 19 miles within only 7 minutes using magnetic levitation technology. The fare of train ticket is $8 per person, per ride.

The fastest non-maglev train in the world is Fuxing Hao CR400AF/BF, which runs from Beijing South station to Sanghai Hongqiao station in China. The word ‘Fuxing hao’ means rejuvenation. The two trains CR400AF and CR400/BF have been branded with nicknames ‘Dolphin Blue’ and ‘ Golden Phoenix’ respectively. 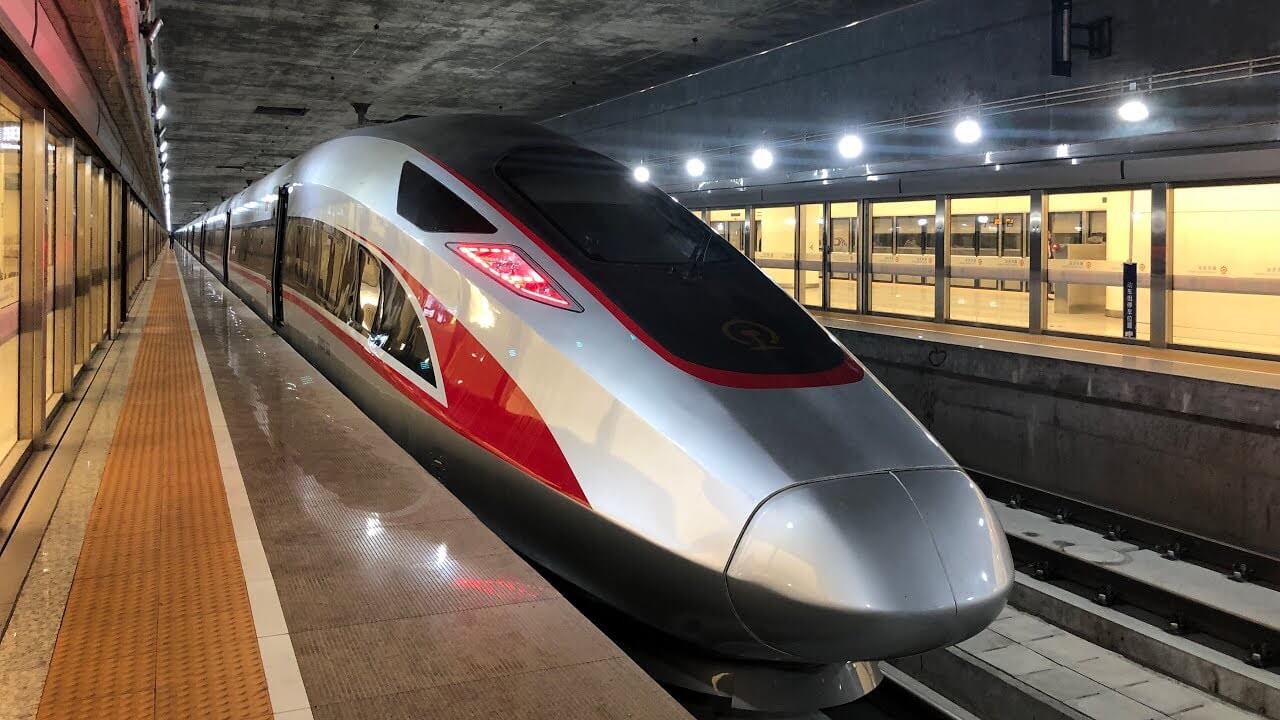 Both trains running at the speed of 249m/hr covers 819 miles in just 5 hours. The conventional trains take 10 hours to cover the same distance.  Each train carries 556 passengers from Beijing to Sanghai. Fuxing Hao beats Harmony CRH380A, China’s next fastest train.

Harmony CRH 380A, an electric and multiple unit train, is one of the fastest trains in the world having the high speed of 236 miles/hr. Since 2010, the China railways Harmony CRH 380A has been in operation commercially between Sanghai and Nanjing route. 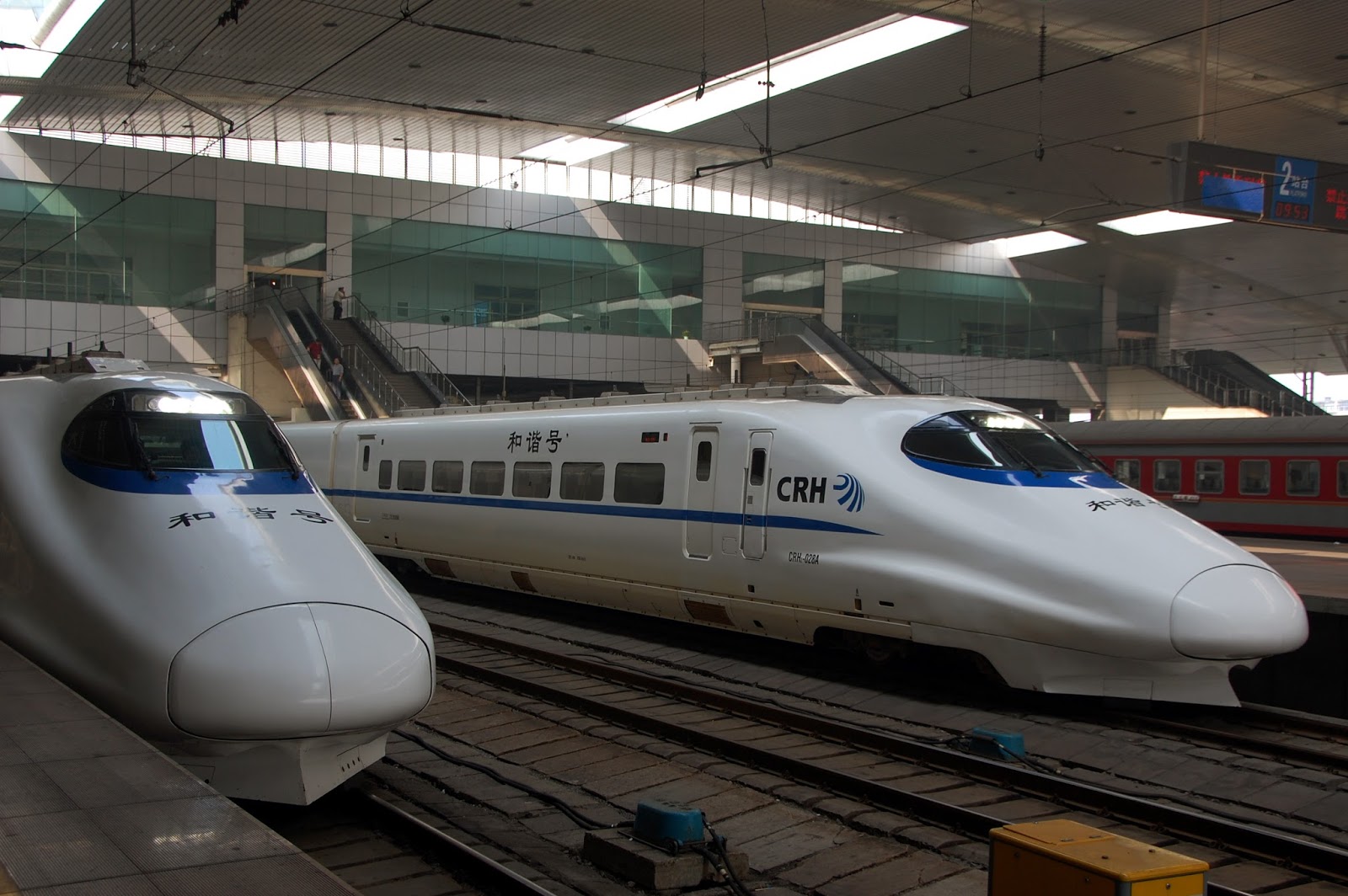 Having the capacity of carrying 494 passengers at a time, this train serves its passengers food, drinks, facilities like an electronic display and reading lamp.

Must Read: 10 Interesting Tips for Booking Luxury Trains in India

This luxury train is one of the fastest luxury trains in the world that covers several top tourist destinations in India on various trips. It travels at a speed of 150 kmph and is popular as the ‘Richest Train in India’ making the travelers feel like they are traveling in kingly ambiance.

Before booking must Know : What is Maharajas’ Express Train? 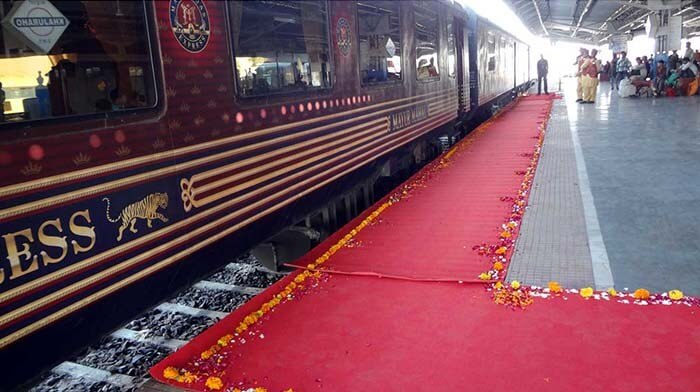 Know about the Maharajas Express:

Also Read : 15 Most Interesting Facts to Know Before Boarding the Maharajas Express Train

The fastest high-speed train in Japan, Shinkansen E5 and H5, started its operation from 5th March 2011. The train, owned by East Japan railway company, runs from Tokyo to Aomori covering the distance of 444miles in just 2hr. 56 minutes. The train runs at the speed of 224 miles/hr. This train is characterised by 15 m. long nose, which minimizes the sound blast in tunnels. Full active suspension system in this train reduces vibration of the moving compartments.

Read More: A Complete Comparison of the Famous Luxury Trains in India

AGV Italo is one of the fastest trains in the world and the fastest train in Europe. This high-speed train with the speed of 223miles/hr runs from Rome to Naples covering the distance of 140 miles in less than one hour. This multi unit train is eco-friendly because 98% of its body parts are recyclable.

Being manufactured by French company Alstom, this train was purchased in 2008 by Italian company Nuovo Transporto Viaggiatori. The Italian company bought 25 tains in lieu of Euro 650 milion.

Also Read:  10 International Train Routes from India To Other Countries

In 2001, the Spanish National Railways purchased the Velaro E trains. This train has been in operation commercially since 2007. The capacity of carrying passenger of this train is 404. 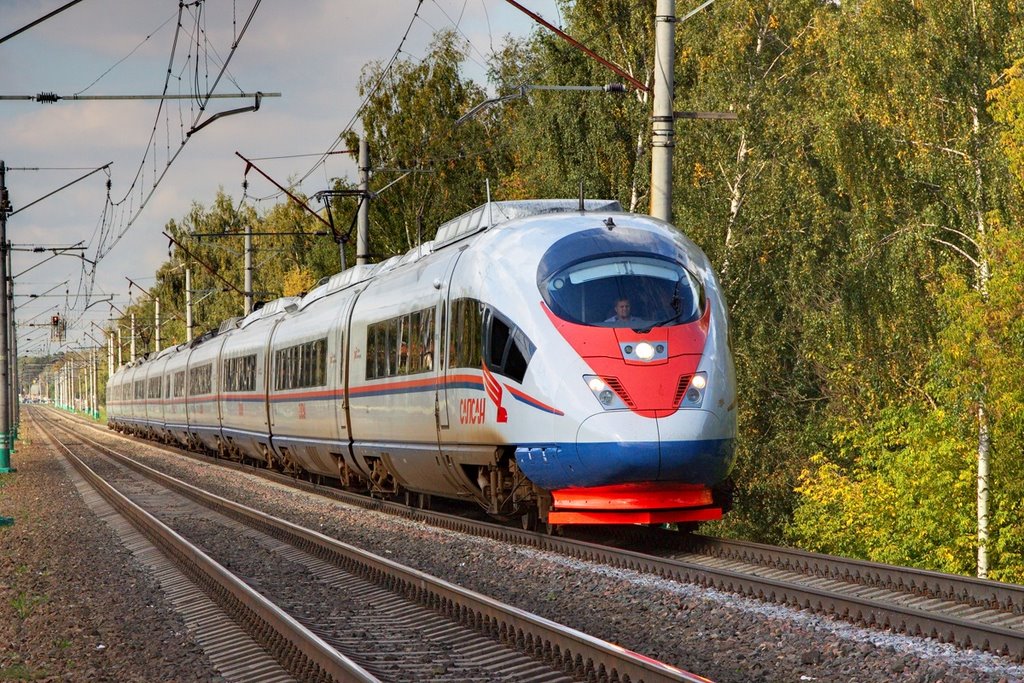 Taglo 350 is one of the fastest trains in Spain as well as the world. It runs between Barcelona and Madrid at the speed of 217miles/hr. The state run railway company operates its functions.

Taglo 350 is designed in such a way so that this train can handle pressure waves. There are 12 passenger cars and two driving cars in this train. The four classes in this train- First class, Club class, Coach class and Bistro class have comfortable seats with footrests. 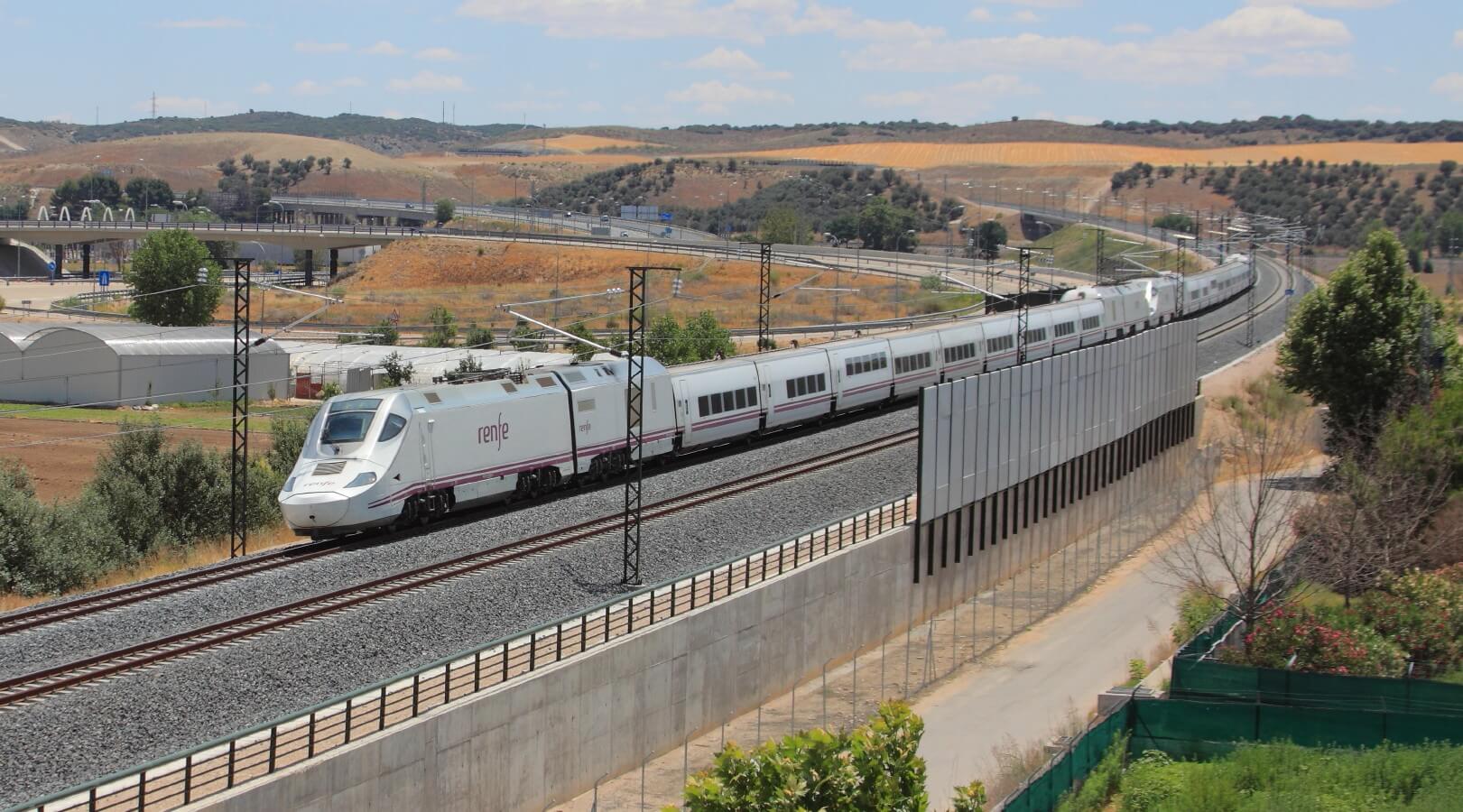 South Korea’s high speed train Korail KTX runs at the speed of 205 miles/hr. Its new route from Incheon International Airport to coastal town of Gangneung is covered in just 2 hours by the train. It beats the conventional train, which takes around six hours to cover the same distance. This new route was opened during 2018 Winter Olympics.

Also Read : Do you Know About Toy Trains in India

Deccan Odyssey offers several facilities from high speed internet to soft beds to sleep on in these imperial carriages based on the theme of the Maharajahs of Yore. This semi high speed luxury train takes guests through the heritage sites of India, famous western coasts, old churches, centuries old temples, and UNESCO World Heritage Sites in fully air conditioned cabins done up richly.

There is everything luxurious onboard including an Ayurveda Spa center, restaurants that serve delicious food, a panoramic view from the window, different accommodation cabins to suit your requirements, washrooms with full amenities, etc. It may not be the highest speed train but takes guests to tour the oldest and fascinating tourist spots in India. 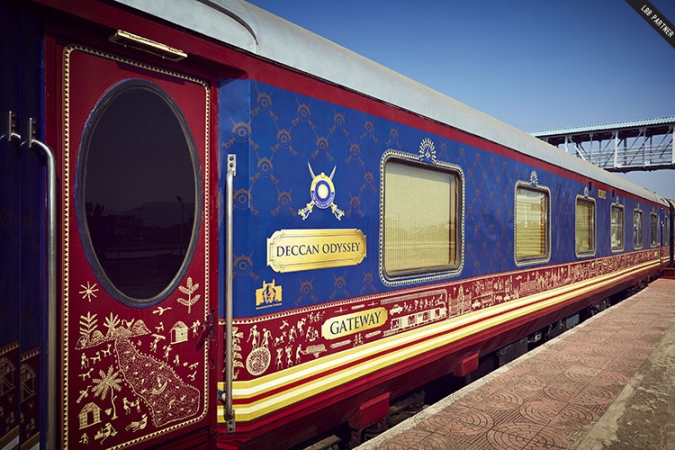 The multi system, double checked, high speed trains, Euroduplex trains are operated by the French railway company SNCF. The trains run through France, Switzerland, Germany and Luxembourg at a high-speed of 198.8 miles/hr. This train has been in operation since 2011. 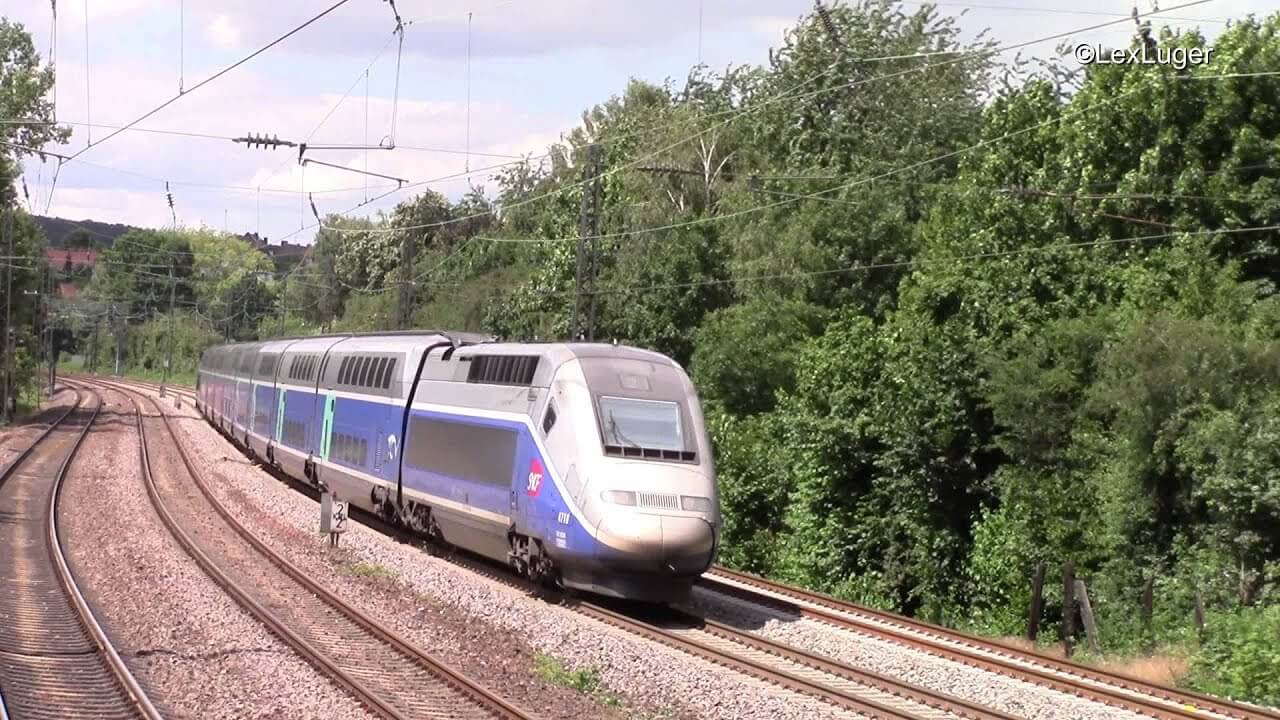 The Alstom railway company has designed Euroduplex trains in such a way that the trains can carry 1020 passengers at a time. Lower power consumption and light body weight with improved aerodynamics are special features of these trains.

Also Read: How Many Types of Trains Are There in India?

In France, TGV Duplex train started its operation in December 2011. With high speed of 198.8 miles/hr, this train run through all main cities of France. Multi-system, double check high speed train can carry 508 passengers at a time. This train is operated by the SNCF railway company. Aluminium body, eco-friendly design, stiff passenger compartments are special features of this train. This train ensures safety to its passengers. TGV Duplex trains are manufactured by Alstom manufacturing company. 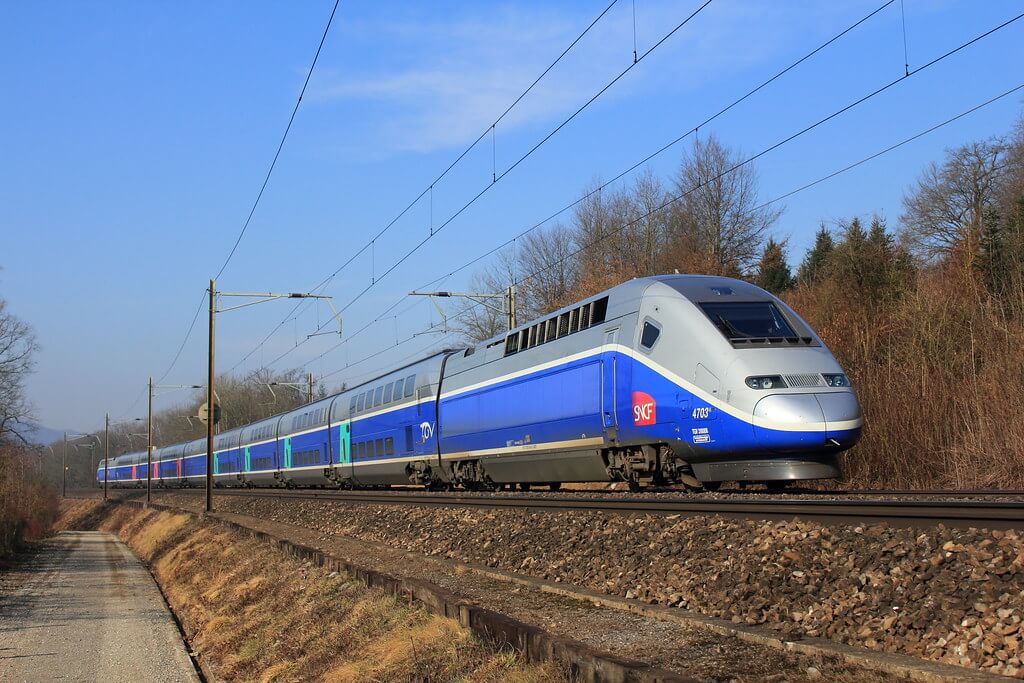 This luxury train that may not be one of the top fastest trains in the world but is special in a luxurious way. It has two restaurant cars, a bar, a lounge, various accommodation cabins to suit the guest’s needs. The Palace on Wheels takes guests to popular tourist destinations in India, UNESCO World Heritage Sites, palaces and monuments like the Taj Mahal, Agra Palace, etc.

Guests also go on off-board sightseeing tours to such places as the train makes its way to other station where they board. In addition, guests can also go on a wild safari in India, engage in interesting activities like camel ride, etc. Book tickets for Palace on Wheels earlier to avoid any last minute rush! 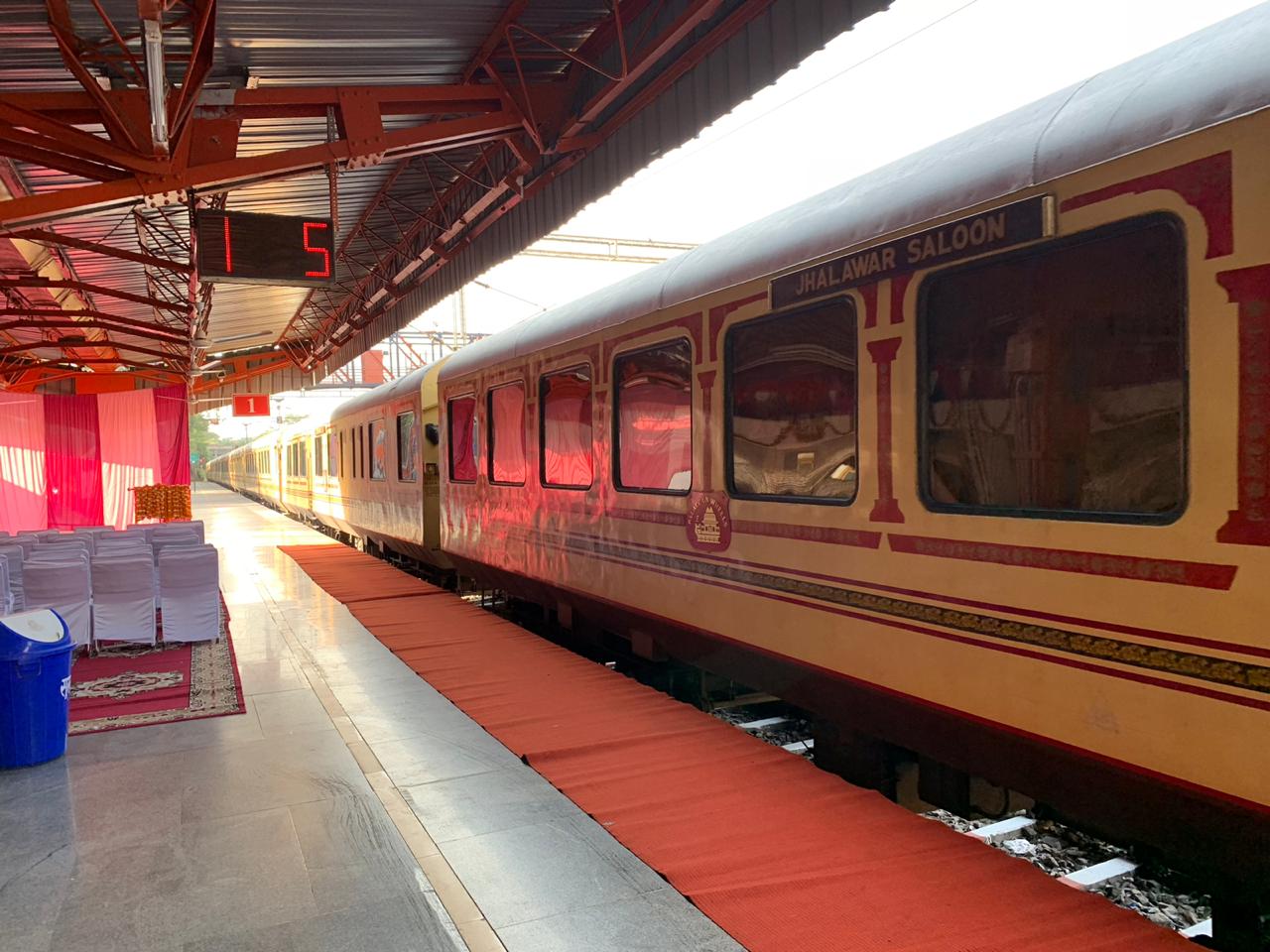 Some Information of Palace on Wheels: