Each train journey is unique and everlasting. Train is one of the most constant types of transportation you can find in almost all the destinations in the world. Some routes are famous for historic value, aesthetic factor, nature, culture and so on.

However, some of the train routes are famous for a thrilling effect. Here are the top ten most dangerous train routes in the world, which you can take today.

Overall, this route is aesthetically pleasing and fresh. This route runs between Jakarta and Bandung of Indonesia for a total of three hours. The dangerous element of the journey starts when the train runs above the subtropical valley, over the Cikurutug Pylon Trestle Bridge.

This bridge is sky-high and as the train runs through the bridge, you can see the deep subtropical valley beneath you.

Also Read : 10 Reasons Why We Love to Travelling in Train 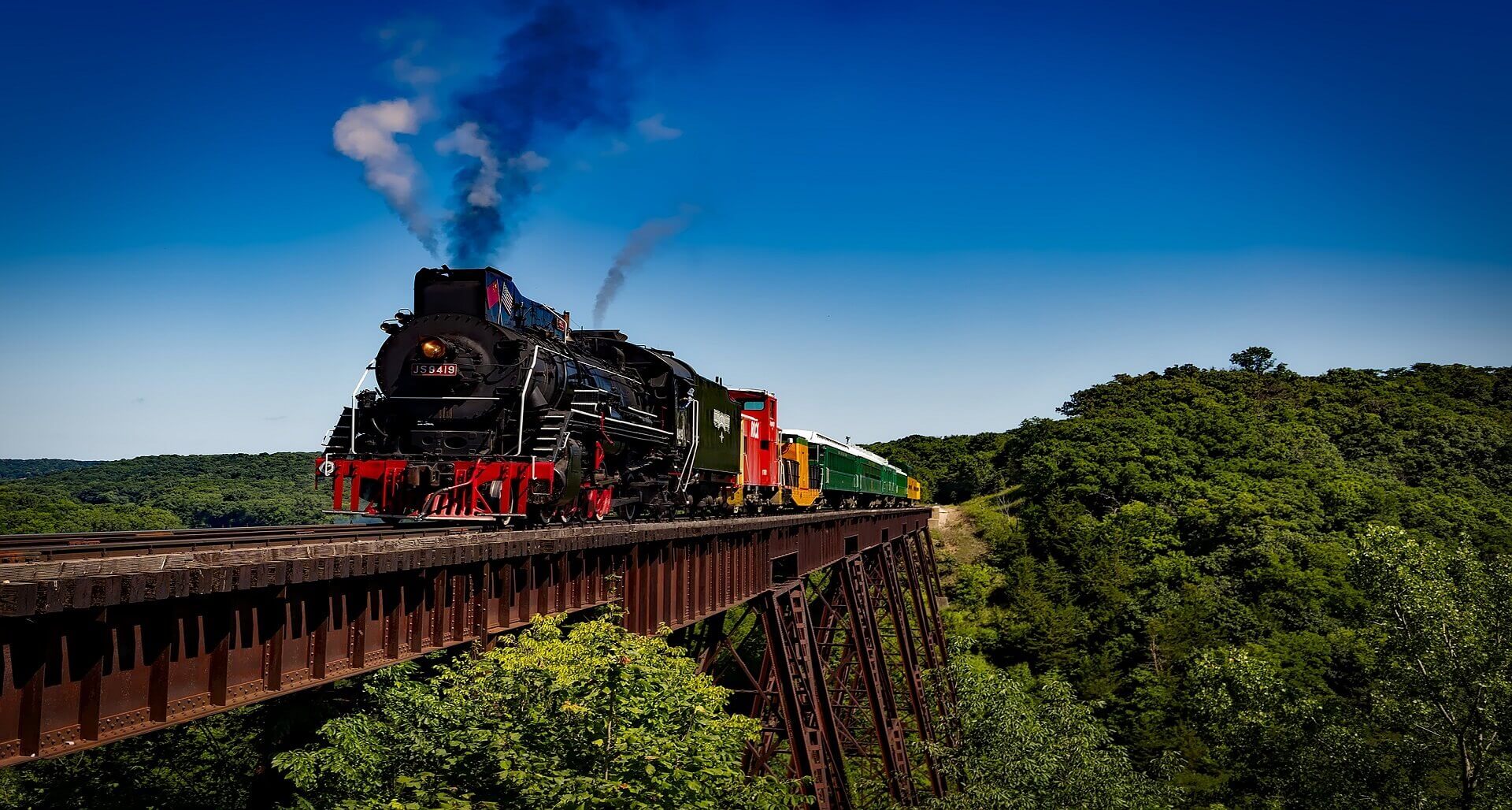 There is a certain level of safety when all that is risky about a trail journey is just any manmade mistake. How about taking a train journey where your fate lies in nature’s hand. The Aso Minami Route takes you around the country’s most active volcano.

You can see the lava-burnt forest along your route. Without knowing when this active volcano might strike again, this is one of the most dangerous routes to cover.

Also Read:  Most Important Thing To Carry While Traveling In Trains 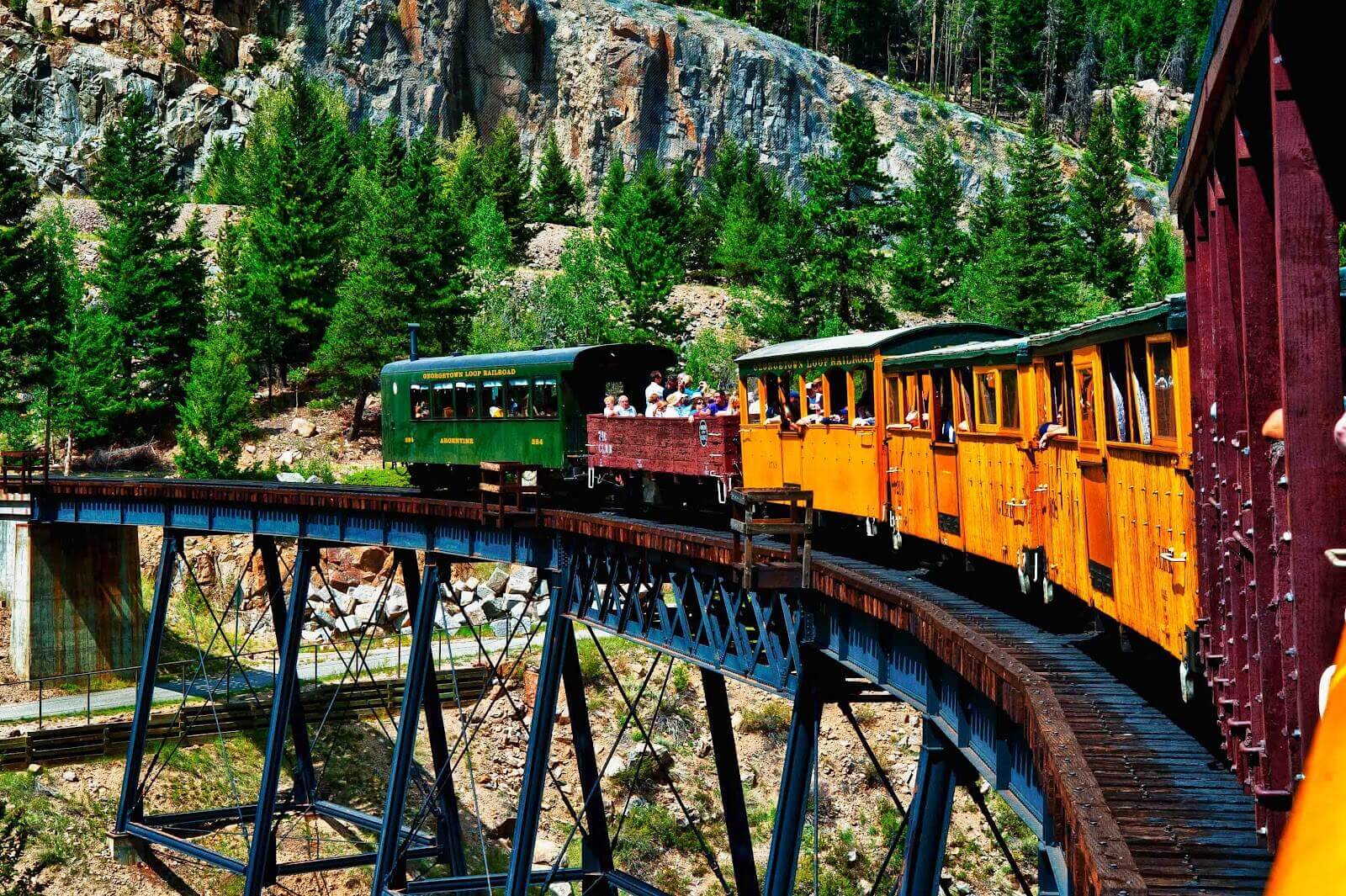 This train track was initially built for transporting materials and humans. After gaining permit for silver mining in 19th century, this railroad was built to access the silver mines. This railroad includes the stunning 100 feet tall bridge, Devil’s Gate (rightly named).

When the train runs through this bridge, it goes in dead slow speed as if anything faster than that can rattle the bridge. If you have the nerve of steel, peek down to look into the valley as the train struggles its way through the bridge. 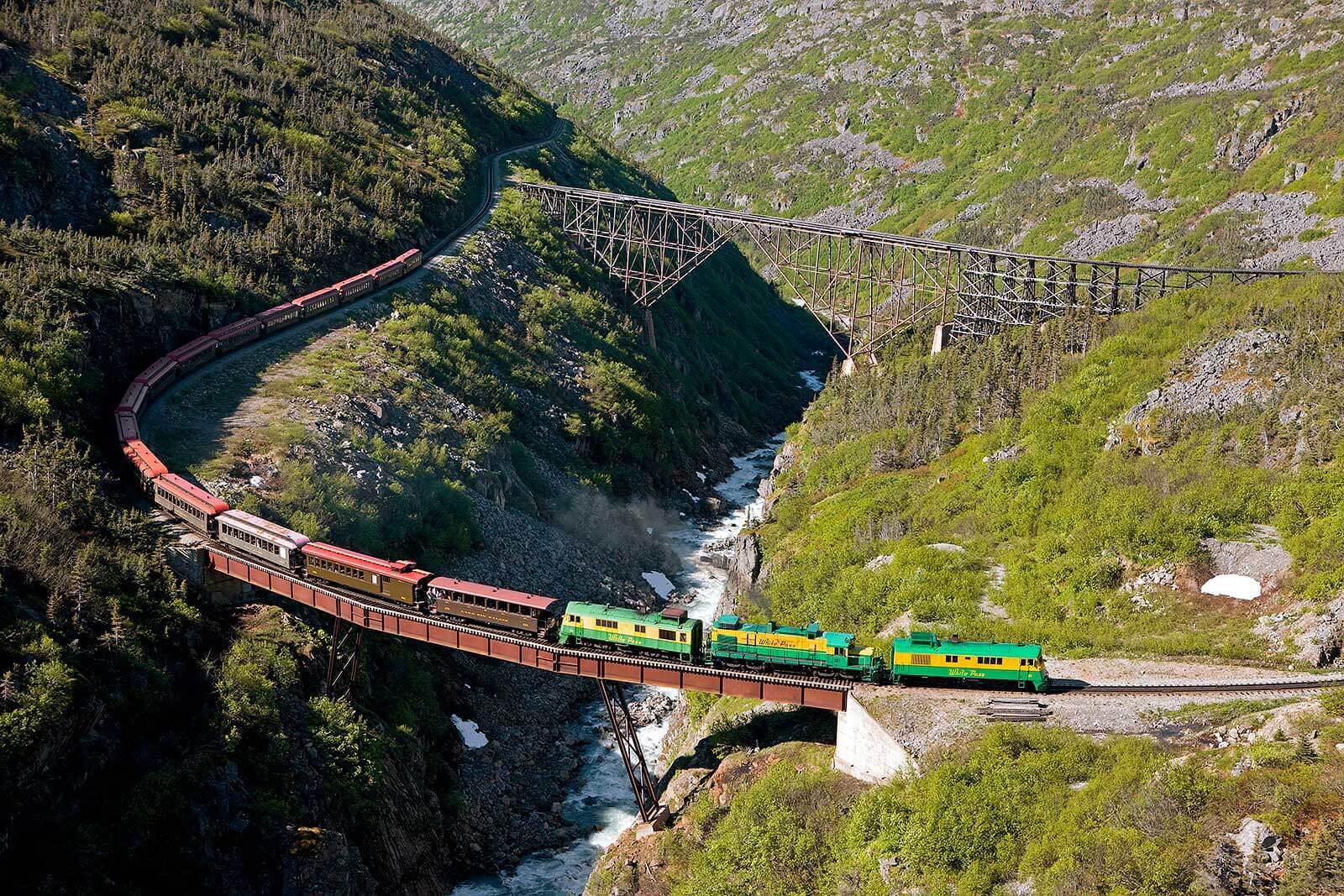 Alaska is obviously filled with iced mountains and peaks. You would have guessed that it is one of the mountain trains of the world. This route was constructed in the end of 19th century and the rail route is said to cling to the side of the mountain by the skin of its teeth. Built during the Klondike Gold Rush, this train is now a tourist train for thrill seekers only. 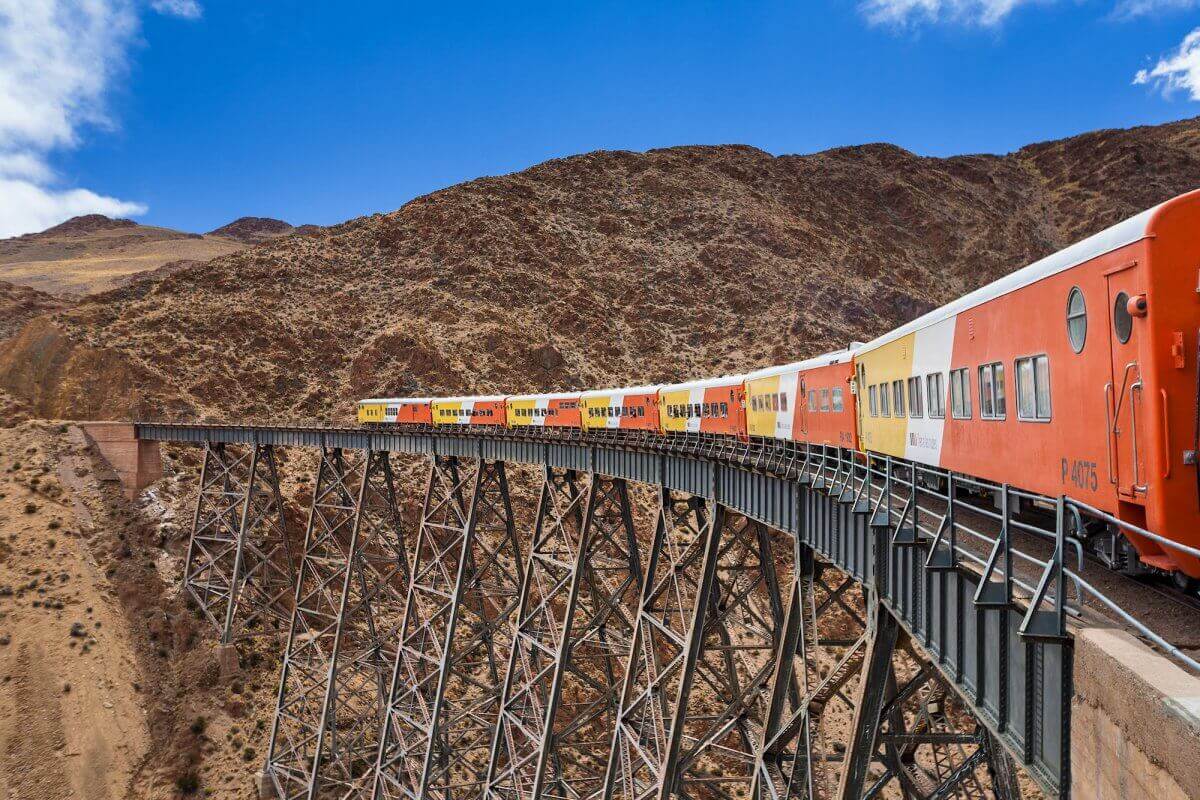 This is an engineering marvel railroad located in North-Central Argentina. This rail route took 27 whole years to complete. The route consists of 21 tunnels, 13 massive bridges, endless zig-zag routes and spirals which convert this train journey into almost a roller coaster ride.

This route is closer to the Chile Border and thus, the aesthetic factor of the route is unparalleled just like the dangerous factor of it. 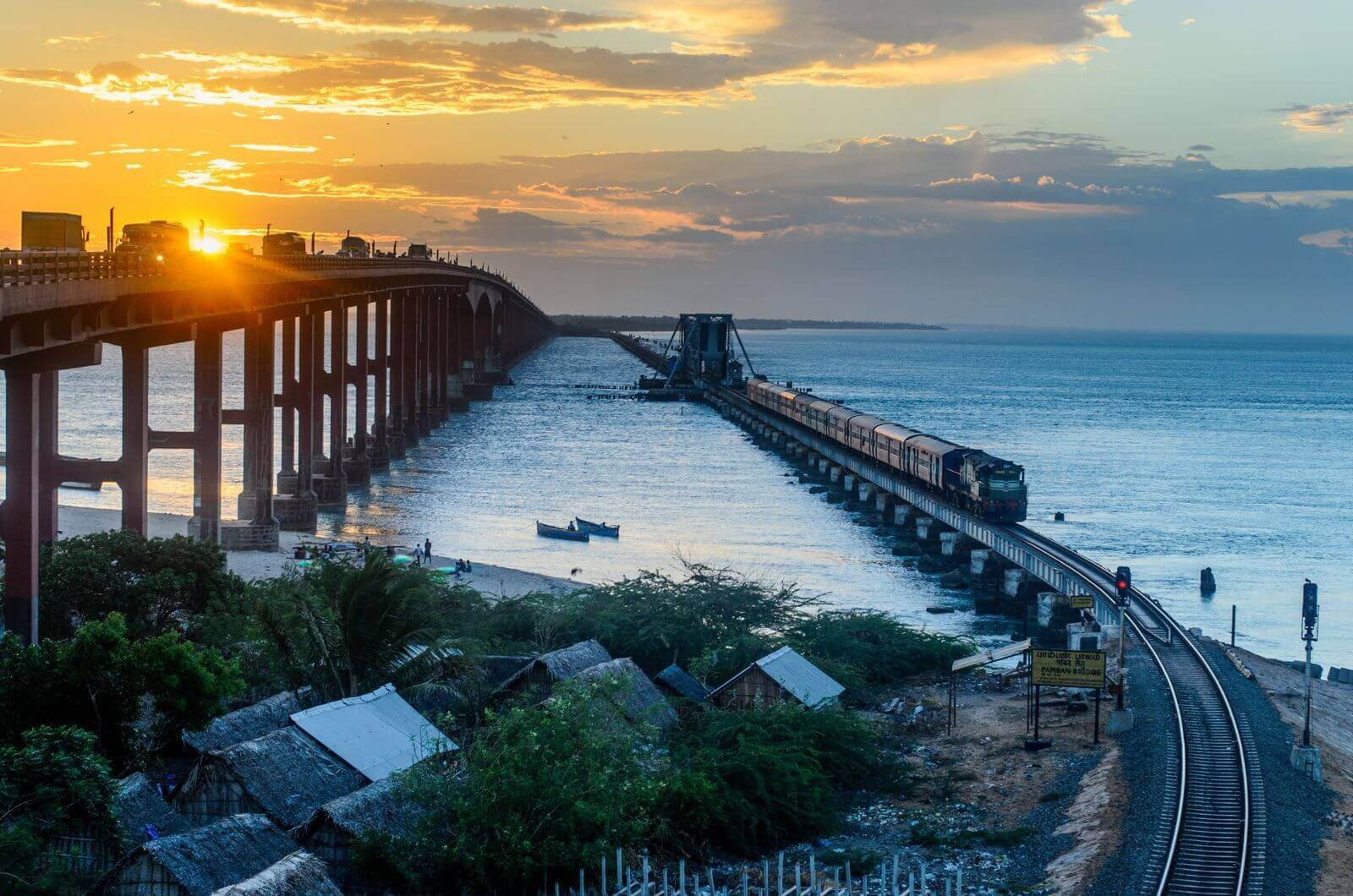 We have been seeing routes hanging onto cliffs and at high altitudes. Now, it is time for trains at sea level. To be precise, the train will be exactly on the sea. Mankind always finds ways to access every nook and corner of the world. This rail route was built over the sea to get access to the Rameswaram Island of southern India from the mainland of India.

More than two kilometers of this route falls right on the sea. The train runs through Pamban Bridge (cantilever bridge) and was constructed in the beginning of 20th century.

During certain seasons, the travelers can experience splashes of sea water on their face, when the train rushes on the bridge. 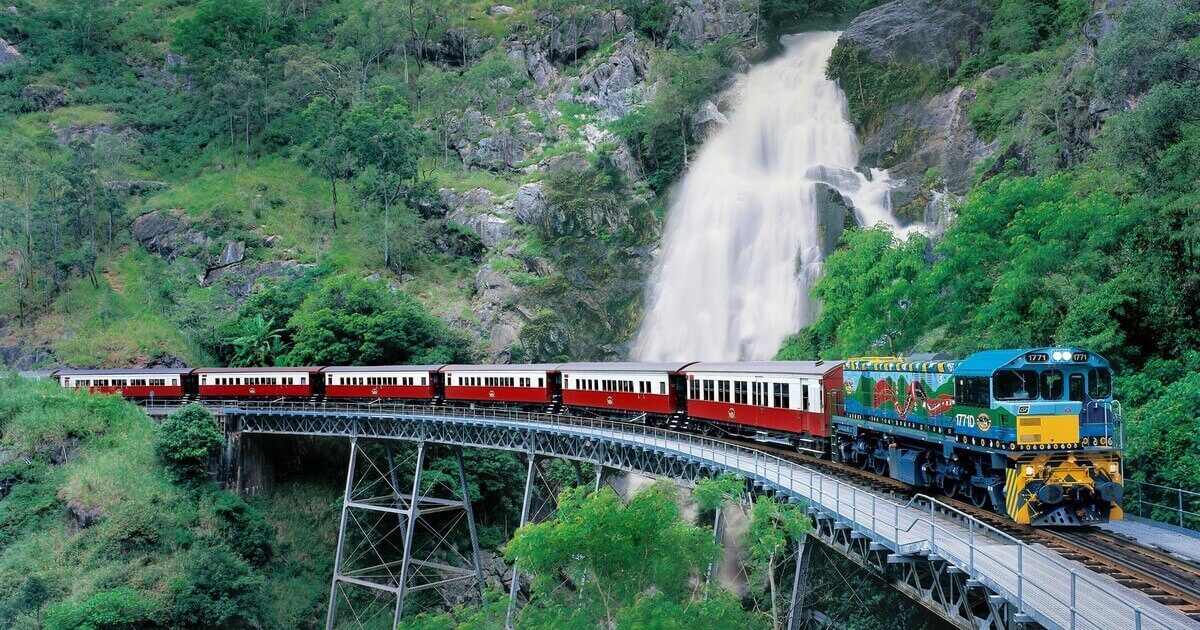 As the name indicates, it is one of the aesthetically pleasing routes built through the Barron Gorge National Park of Australia. The track has been in use since the 19th century. This track is famous for its curves, vicinity to rapid waterfalls and dense rainforest routes covering the wild area of the park.

Must Read : Luxury Wildlife Holidays in India with Luxury Trains 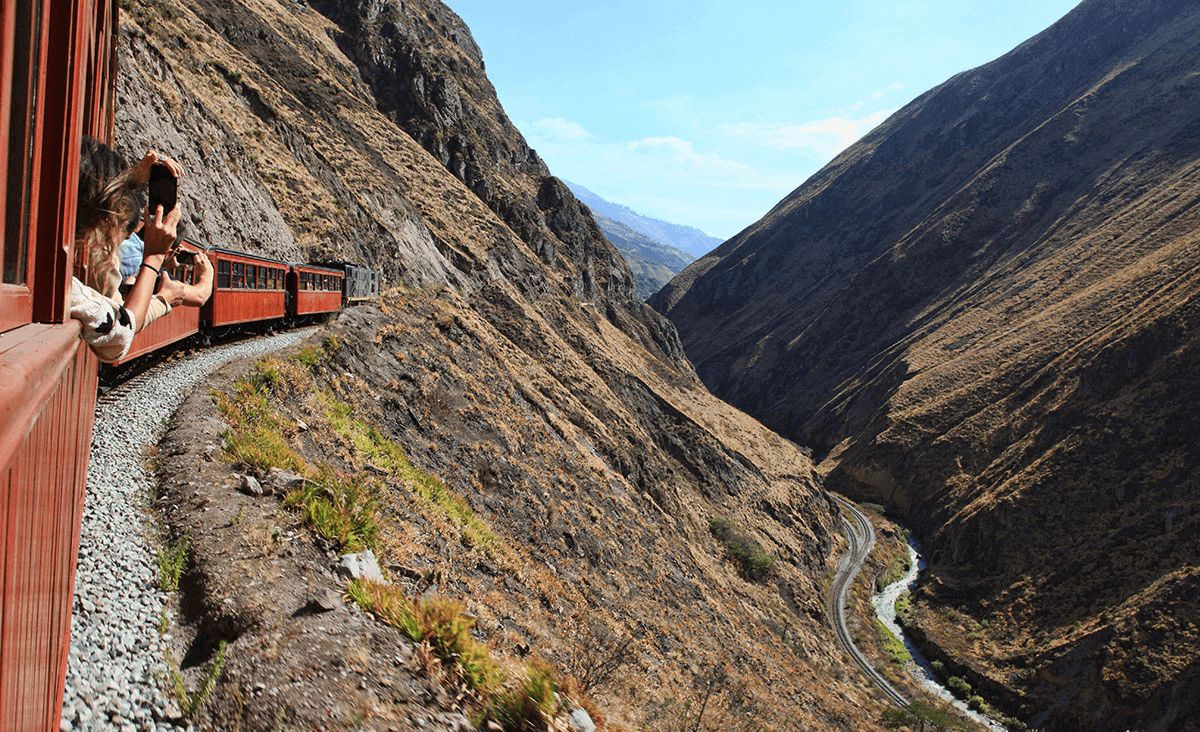 You would obviously know that the route is dangerous when the country deliberately names the train as Narizdel Diablo (devil). This train route is located in Andes Mountains, which is 9000ft above average sea level.

If the altitude does not give you the goosebumps, the route would. The route covers cliffs, steep mountain sides, and hair-pin bends, all to be covered in an old train on an older train track. 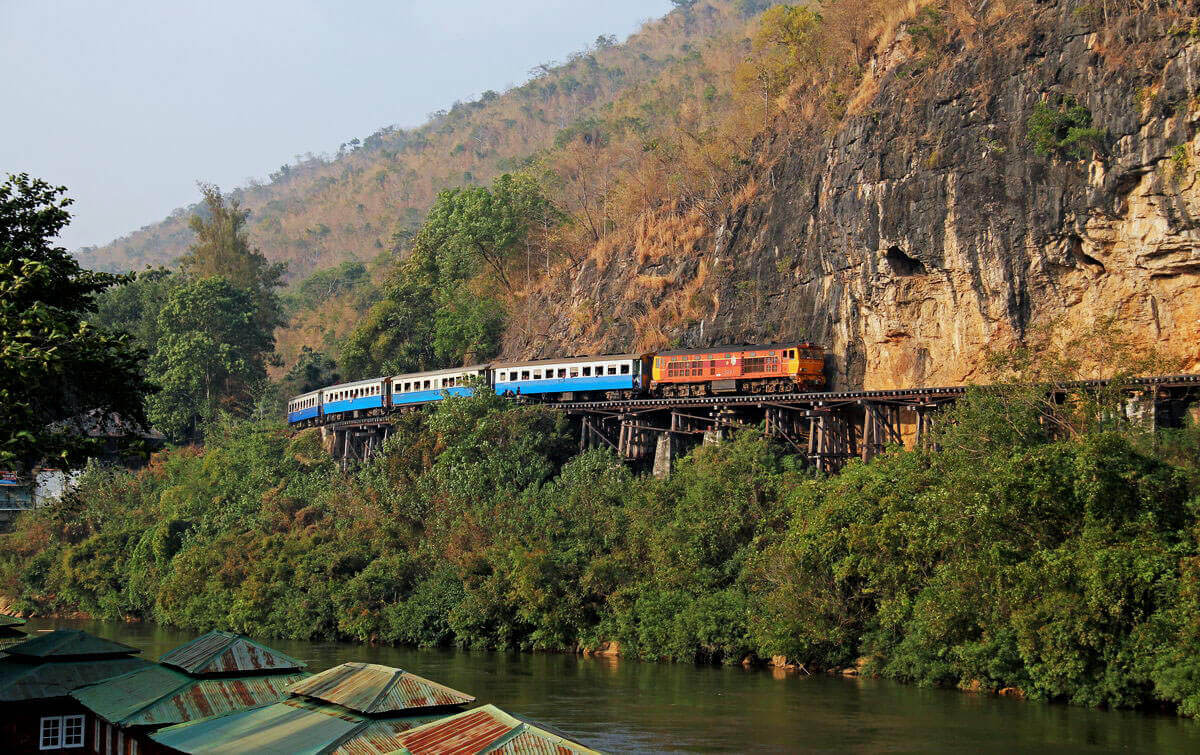 This train runs through the borders of Myanmar (Burma in the past). The entire route is called as Death Railway. The route is dangerous with its high altitude cliff tracks, mountain routes, dense forest terrain and others.

However, the train gets its name from large number of people who died while building it during Second World War. The most dangerous part of the route is the track above Kwai River.

Also Read : How Many Types of Trains Are There in India? 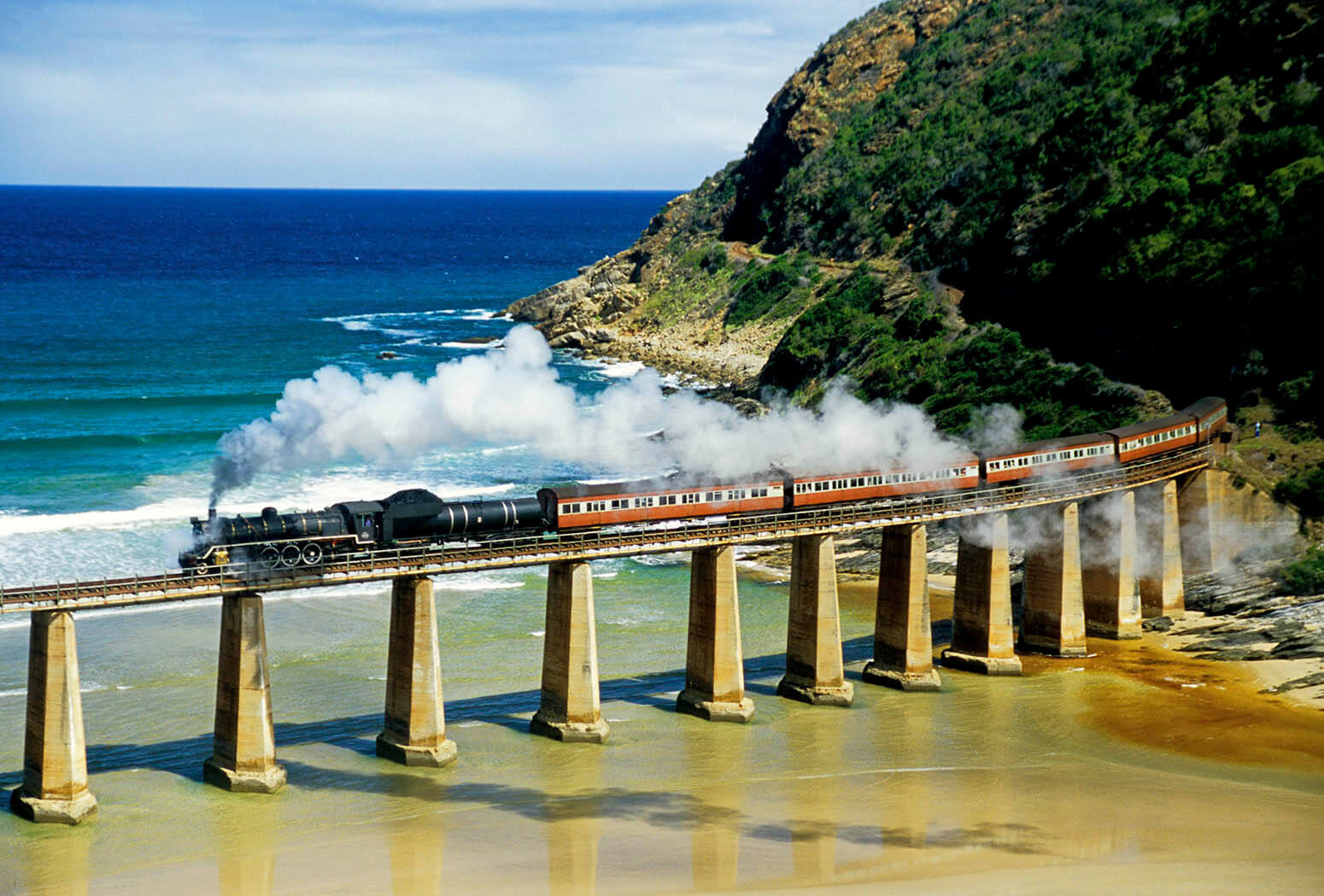 This train route covering aesthetic mountain routes and plains started in 1908. Although the track is visually dangerous and thrilling, the entire route is built for ultimate safety. The terrain gets riskier when the train runs over the Kaaiman’s bridge, right over the Indian Ocean.

If you want to experience ultimate train journey without the risk factor, it is best to try heritage train and luxury trains. For those who love nature, the toy trains and mountain trains would do the magic.

Here you can check also the List of Luxury Trains in the World.