Angriya Cruise is Now Open for Booking Between Mumbai and Goa

Indian sea lovers do not have many options available when it comes to cruising the massive blue seas that surround the country. They usually have to quench their dreams of seafaring aboard the short distance government ferry rides that ply to and fro the popular beach cities and tourist spots.

Angriya Cruise is open for Tourists between Mumbai and Goa

While they may be fun, but they are no cruise ship! But all that is about to change with the newly refurbished cruise ship Angriya that is set to sail between Mumbai and Goa. The redesigned stellar beauty opened for bookings and began its voyage of operations in India on October 20, as India’s foremost luxury cruise ship. 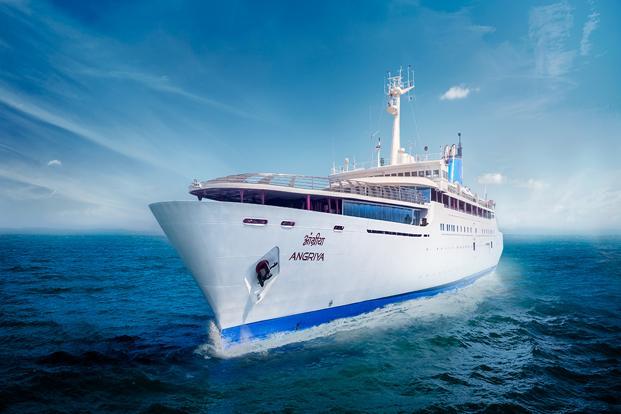 The venture is an effort to further boost the Indian tourism sector and earn revenues for economic welfare. Cities like Kochi, Chennai, and Mumbai are preparing to build the basic infrastructure for supporting these services in place.

As per the reports of popular newspapers, the ticket prices for the cruise is expected to start at INR 7,000/- and can rise up to INR 12,000/-. The tickets can be availed at the newly unveiled Angriya website as well. The massive beauty ready to take on the western seas was built in Japan and will feature a total of seven decks onboard, with a total length of 131 meters and the total width of 120 meter.

The cruise ship will be led by Captain Nitin Dhond who is a veteran in the field of merchant navy and has captained many massive ships in his time. The Angriya is decked with all the lavish amenities like infinity pools, bars, open lounges, spas and the two restaurants on board Ancora and Coral Reef.

Note, for all types of accommodations the ticket prices include three meals on board, breakfast, snacks and dinner. 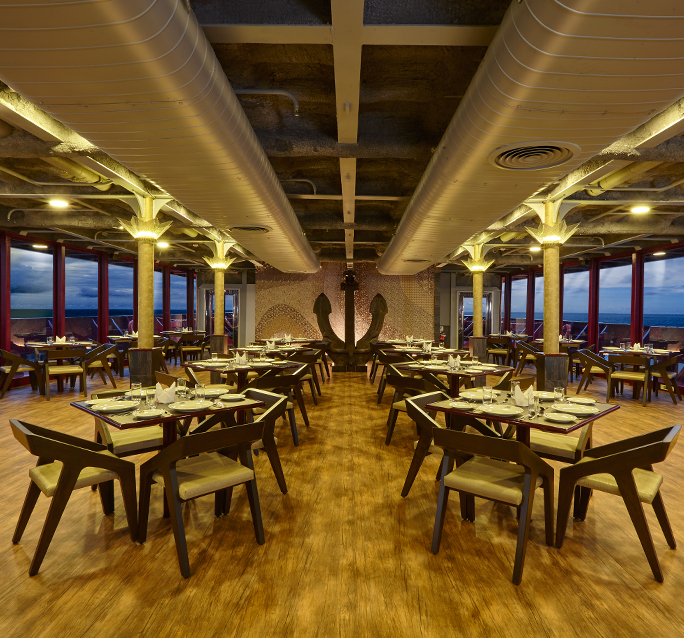 The luxury cruise offers its passengers a choice between a 104 luxury rooms, each decorated beautifully with all the necessary facilities and much more. Passengers joining onboard can reserve their accommodations as per their needs from the available 8 categories of rooms. There are special family rooms, couple rooms, buddy rooms, dorm rooms and luxury pods available with all necessary amenities and increasingly lavish features.

Luxury suites, premium rooms and dormitories are available on board the ship for people to select as per their budget. Apart from the rooms, the ship is a complete luxury hotel with 2 bars, 2 restaurants, a large swimming pool, a club area, a spa and a library-cum-reading room. The ship will have 26 marine personnel and the hospitality staff ready to serve passenger 24*7 will be 60 in total.

It is the best way to enjoy Goa. But, the first choice is, of course, the luxury trains. Popular luxury train India which covers Goa is Deccan Odyssey Train.

This is the second well-known luxury train launched in India after the stupendous success of “Palace on Wheels”, offering five-star hotel service on wheels. The Deccan Odyssey facility offers maximum comfort and care, which makes you feel special even in the crowd.

Before booking, you must check out the Deccan Odyssey fare, departure dates, information, route and direction etc.

Enquiry Now for this train.

To board the Angriya cruise from Mumbai, passengers must arrive at the Purple Gate, Princess Dock of Mumbai at 4 PM. The ship reaches southern Goa’s Mormugao, next morning at 9 AM. While on the return trip the ship starts from Goa at 4 PM and reaches Mumbai port at 9 AM next day.

As per the standard maritime safety regulations, women pregnant more than six months are not allowed on board. Additionally, children below 12 months of age are also not allowed to board the ship.

As of now, the cruise doesn’t feature any disability-friendly amenities like elevators or special toilets. Also as most of the facilities like pool, spa and bars and restaurants are located at different levels, people with mobility issues may have difficulty accessing the same. However, the cruise line expects to have disabled-friendly facilities very soon in the future.

How to Book Angriya Cruise Tickets?

The official site of Angriya cruise is the most authentic place to book tickets to the cruise.

Are Pets are Allowed in the Angriya Cruise?

The luggage regulations are similar to airlines. Passengers are allowed 25 kg of check-in luggage that would be handed over to them when they disembark from the cruise. They can carry hand luggage of 10 kg that will remain with them and can be accessed easily.

Currently, Angriya is not equipped with on-board Wi-fi facility and data connection would depend upon your phone service provider.

Also Read:  What to Wear in India - Essential Packing Things

Designated smoking areas are present on board, other areas and public smoking is prohibited as per the law.

Is Medical Assistance Available onboard?

As for medical assistance on board, no doctor or medical professional would be available on-board. Passengers are requested to carry their own medicines. The entire crew is trained for major medical emergencies and can provide first aid. Only a few sealed syrup bottles are only allowed per head in cabin luggage.

Passengers joining onboard can reserve their accommodations as per their needs from the available 8 categories of rooms. There are special family rooms, couple rooms, buddy rooms, dorm rooms and luxury pods available with all necessary amenities and increasingly lavish features. The ship will have 26 marine personnel and the hospitality staff ready to serve passenger 24*7 will be 60 in total. 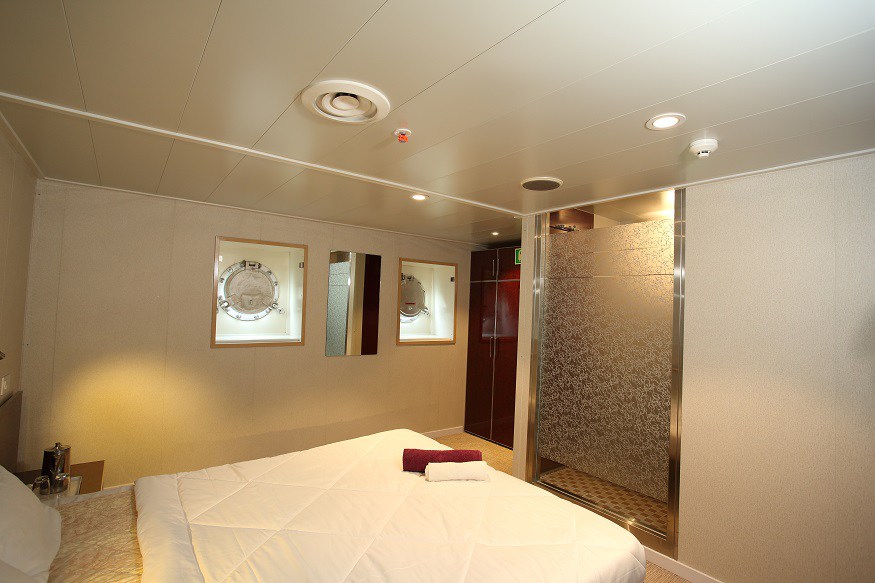 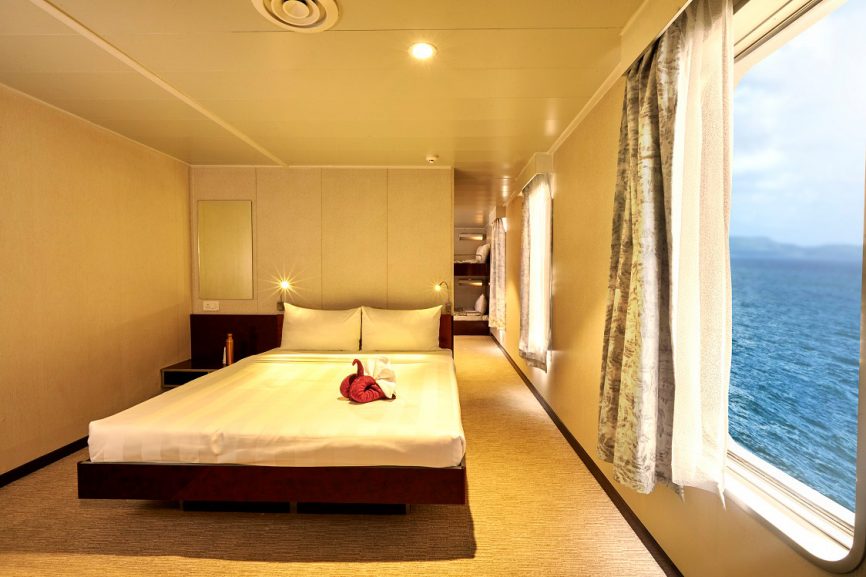 Cruise for the economy

Data suggests that the previous year witnessed 1.5 Lakh people boarding cruise ships out of the 2.6 crores of people that ventured abroad. Despite having surrounded by massive oceans and boasting one of the largest coastlines of over 7500 km India only has 128 ports as compared to Japan and China that boast 2400 and 1100 coast lines respectively. It is now time to utilize the Indian coastline effectively to boost the nation’s revenue. Experts suggest a successful utilization with optimum infrastructure at the ports can boost India’s revenue by 50 percent.

Those voyaging aboard the Angriya will be able to witness spectacular views of the largely unexplored by tourism, western waters while journeying through Angriya Cruise from Mumbai to Goa.

Other Luxury Train In India