Palace on Wheels Train Booked a Deal of INR 1.55 crores with Travelogy India

On the very first day of the B2B meeting platform of the Rajasthan Domestic Travel Mart (RDTM) 2018, the state’s very own luxury train Palace on Wheels made a proud announcement. The announcement was made by the Chief General Manager, POW, Pradeep Bohra who reported that the luxury train has secured a lucrative deal for a pax of 51 passengers worth INR 1.55 crores.

The booking has been fulfilled by the tourism company Travelogy India, who had their Business Head Santosh Gupta at the venue. Travelogy India is one of the leading tour and travel agency operating in India, headquartered in Delhi. The company has redefined travel in the Indian context, led by the Business Head who is known for his visionary endeavors in changing the course of tourism in the country. 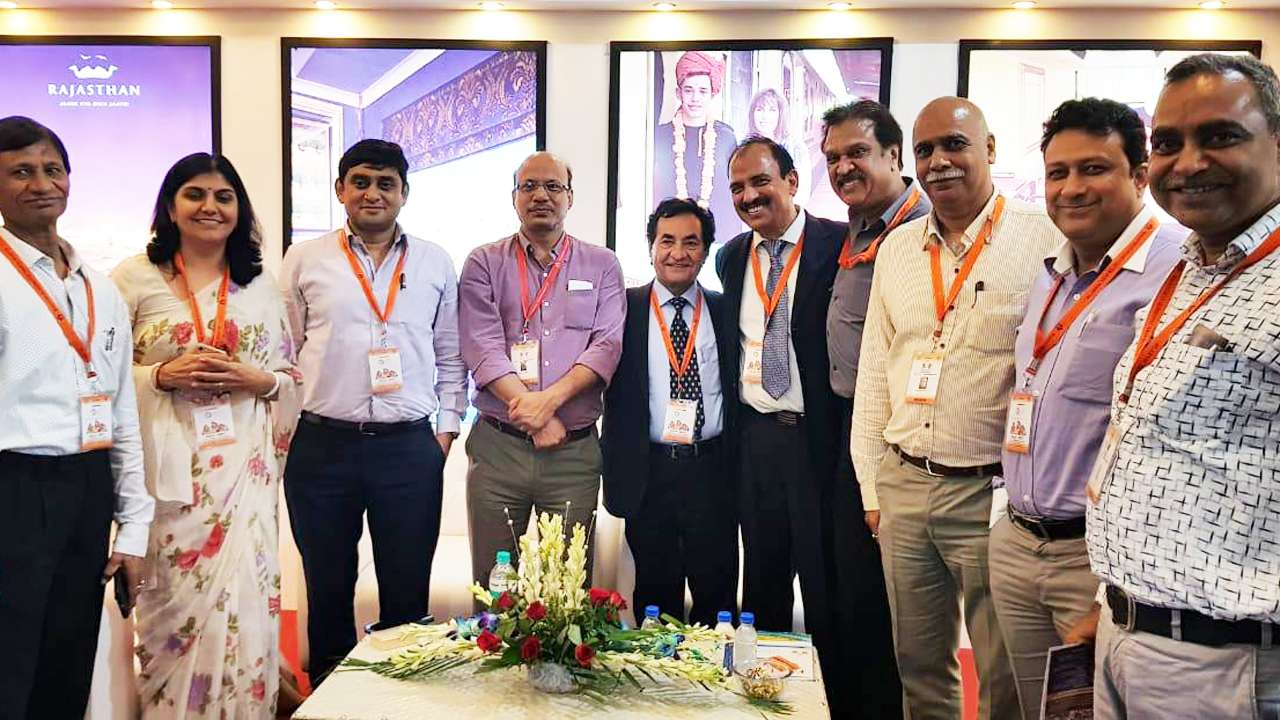 Travelogy India has been operating since, 2010 and has achieved tremendous growth in the tourism field and has carved a reputation of trust and quality in the industry. They are the official ticketing partners approved and recognized by the Ministry of Tourism, Govt. of India for the major luxury trains operating in the country.

On the proud occasion, Khalid Khan, Vice president of Federation of Hospitality and Tourism of Rajasthan (FHTR) stated that such a massive deal augers great returns for the platform that is RDTM. There were several other state Departments of Tourism officials as well as FHTR officials present at the occasion.

The RDTM 2018 exhibition opened its gates on Saturday followed by a ribbon cutting inaugural ceremony by Kuldip Ranka, the Principal Secretary of tourism, Govt. of Rajasthan along with Bhim Singh, President of FHTR. The venue for the meet is at the BM Birla Auditorium. The exhibition started off with a stellar entourage of other notable attendees at the ribbon cutting ceremony like Pradeep Bohra, Director of Tourism and Gyan Prakash, Secretary General of FHTR. The ceremony was followed by a personal tour of the exhibition taken upon by the Principal Secretary.

The Travel Mart is a great platform for tourism collaboration and promotion in India where a number of pavilions are being setup by the Federation of Hospitality and Tourism. With the support of tourism backbones of the country like the Ministry of Tourism, Govt. of India as well as the host partner state which is one of the biggest tourism spots in India, Rajasthan, the exhibition is great ground for discussion and promotion of the travel industry, which must stay at its competitive grain for the better.

The 2-day event has a busy itinerary as it has attracted more than 200 tour operators from all over the country i.e. buyers. The buyers are engaging in successful B2B meetings for promoting collaboration with more than 160 sellers from the state of Rajasthan. The sellers come from different tourism verticals such as, spa owners, hotel chains, restaurants, travel agencies as well as other allied tourism supportive agencies.

This platform is also the first time witness to some agencies showcasing the lesser known hidden gems of tourism in Rajasthan, promoting destinations like Sambhar, Kumbhalgarh, Karauli, Shekhawat, Hadoti, Bundi, Jhalawar and others. There were representatives from lesser known wildlife havens as well, like the Mukundra Hills and Bera, which were showcased as pristine tourism spots yet to be touched by the growing travel industry.

There were also exhibitions of India’s stunning art and craft heritage to educate the people about our rich heritage and tradition regarding jewelry. Numerous precious artifacts along with jewelry showcases by the Museum of Gems and Jewelry Federation, Jaipur and the Amrapali Museum have been setup at the venue adding further glitz and glam to the show as well as enriching people’s knowledge about the rich history of gems and jewelry of India and the value of preserving historical objects.

So, far the list of attendees to the prestigious Travel Mart event that will be held for 2-days has attracted 200 tour operators from around the country. With constant meetings and deals being struck by the buyers with the 160 sellers from Rajasthan, this is a great platform for unification and enhancement of the tourism industry in India that will push for greater success with collaboration.