Dasara Offer Price of Golden Chariot – An Opportunity For All

Dasara is an important festival that is celebrated throughout the country. This festival is very famous in Maharashtra and surrounding areas. It is the festival that is celebrated for ten days representing a nine-day celestial battle between good and bad and the tenth day of celebrating the victory of good over bad. For this Dasara, the Indian luxury train, Golden Chariot has announced a drop-floor offer of just 30,000 INR per person.

From October 1st to October 10th, Indian Railways has announced a special tour package for just two nights and a day at this affordable price. This is the first time since the inauguration of the train that a separate package has been introduced. 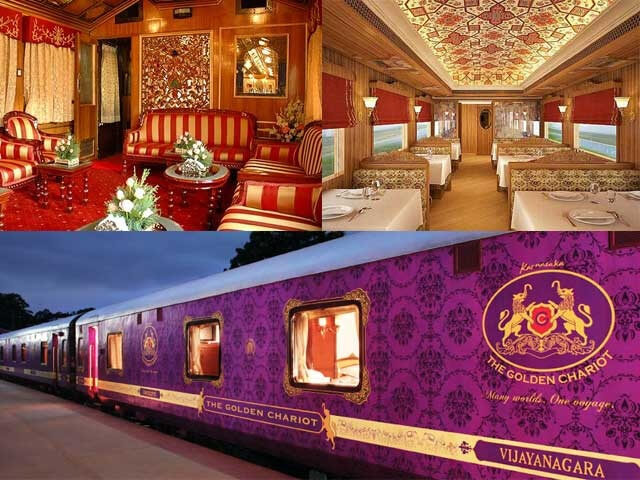 Golden Chariot is a luxury train in India that takes you through Karnataka and surrounding areas. The train has 44 luxury coaches and can accommodate up to 88 passengers. The booking for the Dasara package has already started in online.

The tour starts in Bengaluru after a tea party in Taj West End hotel. The tourists would be taken to the train in Yeshwantpur with a traditional welcome. Next day, the train reaches Mysore and a trip will be organized for Srirangapatna, Dariya Daulat, Tipu Mausoleum and others.

Later, other attractions in Mysore like Jaganmohan Palace, Lalitha Mahal Palace, art gallery and others would be covered before lunch. In the evening, the sightseeing itinerary includes Folklore museum, clock tower and others. After enjoying the cultural programs in Mysore palace, the guest would be taken to the train for a lavish dinner on board while the train travels towards Bengaluru, its final stop.