The Southern region of India is known as one of the by gone days of civilisation where many dynasties thrived. Dravidian culture for which this part is prestigious over the globe saw benefactors of craftsmanship and culture building and creating tremendous landmarks. Hoyasala, Halebidu, Mysore and numerous more structures saw the erection of some astounding heritage buildings.

Golden Chariot train is intended to give you a chance to catch the ethos of travelling in India and to reveal the soul inherent in the people.

Intended to exhibit the diversity of the South Indian states in brief for those who want to go in extravagance, this Indian luxury train incorporates nature, heritage, modern life and wildlife. This journey is especially made for those who demands luxurious travelling to roam the south Indian world.

Roam around the natural environs of Kabini, the castles and gardens of Mysore, the journey locales of Hassan and the dazzling Badami buckles before you achieve Goa –the centre of discotheques, gambling and clean beaches with Golden Chariot luxurious train journey.

The inception of Palace on Wheels train by Rajasthan Tourism and Development Corporation (RTDC) denoted the start of extravagance train journeys in India. The flying colours achievement of Palace on Wheels roused other state tourism to present the regal rail travels in the south western region of India.

Golden chariot, south India’s first extravagance train is the productive result of the Karnataka State Tourism and Development Corporation (KSTDC) and Ministry of Indian Railways in 2002.

After 900 exclusive designs presented by engineers, the final epitome was unveiled for the world to experience luxurious travel on the train. It is one of the examples of diligent work that manifest the royal construction. On the tenth of March, 2008, the Golden Chariot train chugged on its first venture from Bangalore to Goa weaving through different ancient places in Karnataka.

The two week long schedules of Golden Chariot train – Pride of the South and Splendor of the South – takes visitors on a tour of Tamil Nadu, Karnataka and Kerala. Facilities provided on Golden Chariot are absolutely a five star which gives you a chance to fortune troves of the south in a lavish and exquisite way. 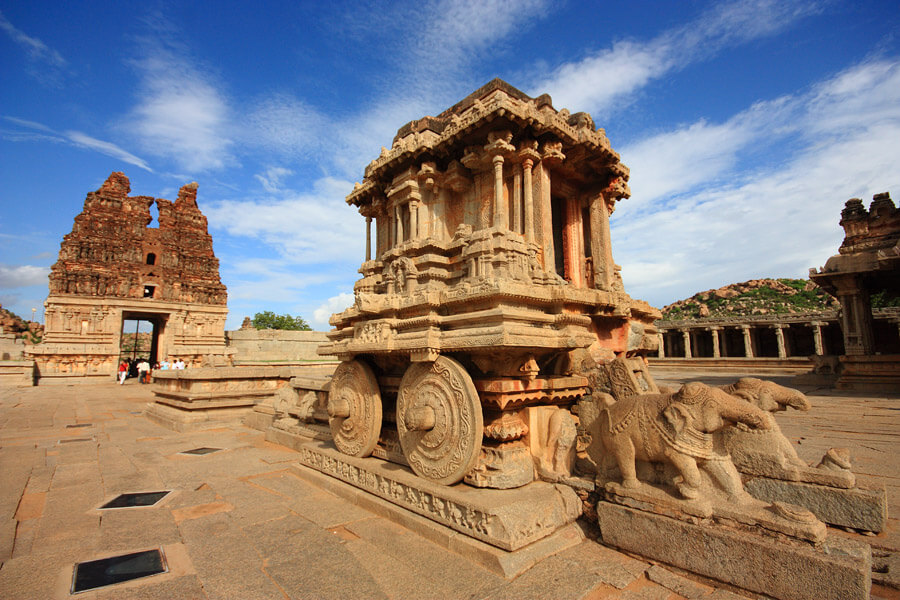 Also Read : A guide to Luxury Train Tours in India

Golden chariot guarantees a rich stay in 44 cabins decorated with the classy stylistic furniture, exquisite sylvan decorations and cutting-edge conveniences, like LCD TV, air conditioners, personal desk, Wi-Fi web and restrooms. Each of the 19 coaches of princely train offers a tranquil visit to the past rulers of the south and rumble with their structural spirit. 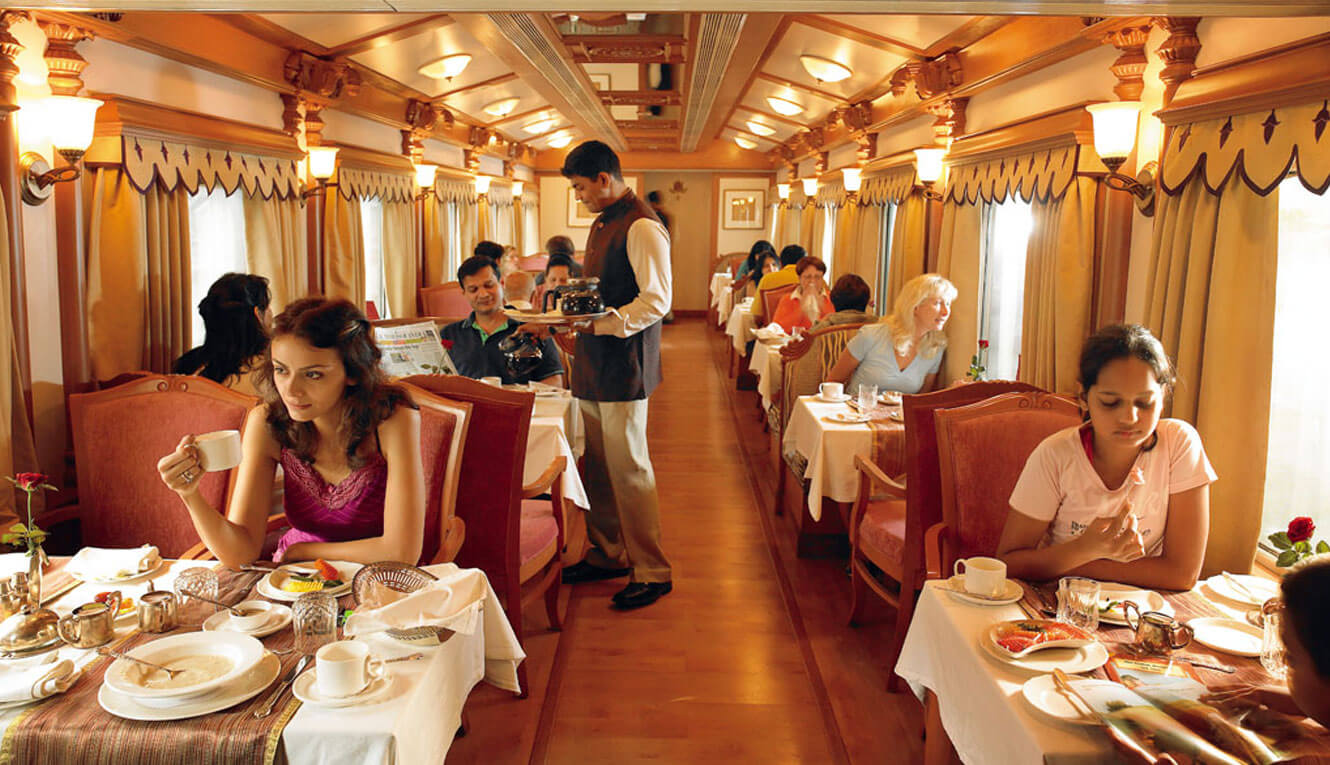 Read More : Luxury Trains to be Operated to Shirdi, Goa and Tirupati by IRCTC

The Golden Chariot Train was propelled to set up the rich heritage and culture of Karnataka and the name of the train is from the renowned Stone chariot at Hampi sanctuaries. Each saloon is named after past Royal Dynasties of South India – Ganga, Viajaynagara, Chalukya, Adilshahi, Hoysala, Kadamba, Rastrakota, Bhahamani, Sangama, Shathavashna and Yudukula.

The interior of the train is influenced by the rich craftsmanship of the fourteenth century. Each coach have 4 deluxe cabins, having Twin or queen beds, warm lighting, a little wardrobe, wall to wall carpet and wall paintings. A pantry in each saloon serves round the clock by an attendee. Every cabin is lodged with air conditioner, LCD TV, intercom, writing desk and Private lavatories with running hot and cold water. The restrooms are furnished with well stock towels and toiletries.

The two dining rooms – Ruchi and Nalapakka serve a lovely blend of Indian and continental cuisines. Guests can unwind in Madira Bar Lounge or relax in gym and spa.

Golden Chariot train welcomes aboard to take a captivating trip through many places and one is Karnataka. Karnataka is a place that is known for the fascinating aroma of sandal, fresh roasted espresso coffee beans, roses blooming and the Mysore Mallige.

A city formerly known as Mysore has a finely blend of historical and modern architecture which pays a visit to Srirangapatnam, the Nagarhole National Park (Kabini) and Mysore Palace.

The capital, Bangalore, is the hub of science and innovation industry of India. Leave on an extravagant voyage of revelation through the Cradle of Stone Architecture. Travel the grand World Triangular Heritage destinations at Badami, Pattadakal and Aihole, temples at Belur, Hampi and Halebidu.

Explore houseboats in the blue waters in Kerala, 700 stairs trek at Shravanabelagola temple in Hassan and spend an unwinding evening at the virgin beaches of Goa.

Other Related information of Golden Chariot