Golden Chariot, a luxury train that caters the destinations of southern India is famous for its signature itineraries that span for eight days and seven nights. The train has been a hallmark for anyone looking for a luxury vacation in South India. The train has integrated itself to provide services for tourists who are visiting for short vacation and for weekend getaway plans in the near future. 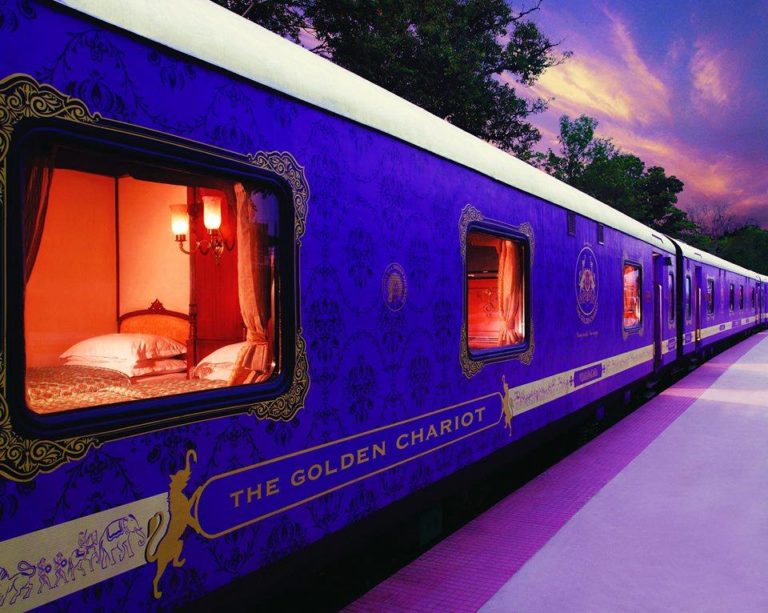 Other Related information about Golden Chariot

According to the managing director of KSTDC, which operates and manages Golden Chariot, Kumar Pushkar, Golden Chariot has plans to introduce shorter trips that span for one day and a night to cater needs of tourists who are looking for weekend travel and for those who want to enjoy Indian luxury train experience within their budget.

According to Pushkar, the final call is yet to be taken. However, there are plans to introduce packages that cover important destinations in Karnataka like Bengaluru, Mysore, Kabini and Belur in a package and Mysore, Belur, Badami, Aihole and Hampi in a package. There are no details to whether other states that are part of signature itineraries like Kerala and Tamil Nadu will be a part of these small trips or not.

In the recent past, KSTDC reports have shown that Golden Chariot has run with just 40% occupancy in the last year. This amounts to just 300 passengers in one year. When questioned about the low occupancy rate, the officials mentioned that no luxury train in the country runs with high occupancy rate.

Also Read:  Dasara Offer Price of Golden Chariot – An Opportunity For All

These short trips will help the train to attract more tourists of varying demographic factors. The summer and monsoon are usually neglected by the tourists due to extreme climatic conditions, which make vacationing and sightseeing, hard. The train does not run between April and September, as it would be sent for maintenance.

According to officials of KSTDC, with shorter trips, the cost per head for an itinerary will be far less than the signature itineraries allowing people to choose luxury trains more readily than before. This would create a win-win situation. The next season starts in October and it is expected to find shorter itineraries from October.