There is no doubt that Agra as a city has made an indelible mark on this planet and is a top bullet point in the checklist of every traveler. It is the home to one of the Seven Wonders of the World, a symbol of eternal love – The Taj Mahal.

However, while best known for the Taj, Agra as a city offers much more than the historic tinkle of Mughal Era through several monuments, shrines and tombs dedicated to love. For the architectural enthusiasts, Agra is the heaven to marvel at the intricate carvings and delicate handicrafts exhibited on this monuments as well as around the city.

Table of Contents hide
Quick facts about Agra
Agra in a Whirlwind
See the Sunrise at the Taj Mahal
Soak in Agra with a Guided Sightseeing Tour of the City
Sample the best of Mughal Cuisine at Esphahan, Agra
Shopping for your soul at Sadar Bazaar
A retreat to the Treasures of India with royal luxury

Read More: Types of Train That You Ought to Ride in India

Agra in a Whirlwind

Agra welcomes hordes of tourists every year and is one of the most visited cities in India by both foreign travelers as well as domestic tourists. While the iconic Taj Mahal forms the major attraction within the city, but there are several other places that entice travelers to visit Agra. As for those with only a few days or perhaps just one day to spare to see Agra in all its might and glory, here are the top places that must be included in the itinerary. You can do it all, touring the Taj Mahal in mesmerizing amazement to sampling some of the most delectable local cuisine within the tight run of a short 24 hours without rushing with this quick guide to Agra.

Read More: Luxury Train Trips Are a Perfect Way to See the India

See the Sunrise at the Taj Mahal

The Taj is the iconic symbol of eternal love between a husband and a wife. It is believed to possess architectural beauty unmatched by any other monument in the world. The Taj was built over a period of 22 years and has many interesting stories surrounding its construction. The amazing monument looks mesmerizing at dawn with the sun’s saffron hues on the building constructed completely of majestic white marble. Situated just beside the sparkling waters of the River Yamuna, the best way to begin a one-day trip to Agra is to begin with the Taj Mahal early in the morning.

You will find the entire mausoleum decorated with intricate carvings of flowers and calligraphy with precious gem stones like Jasper and agate. The archways are marked with calligraphies of holy scriptures from the Quran.

The monument with all its beauty is a sight worth seeing once in a lifetime. The great poet Rabindranath Tagore once referred to it as the “teardrop on the cheek of eternity”. 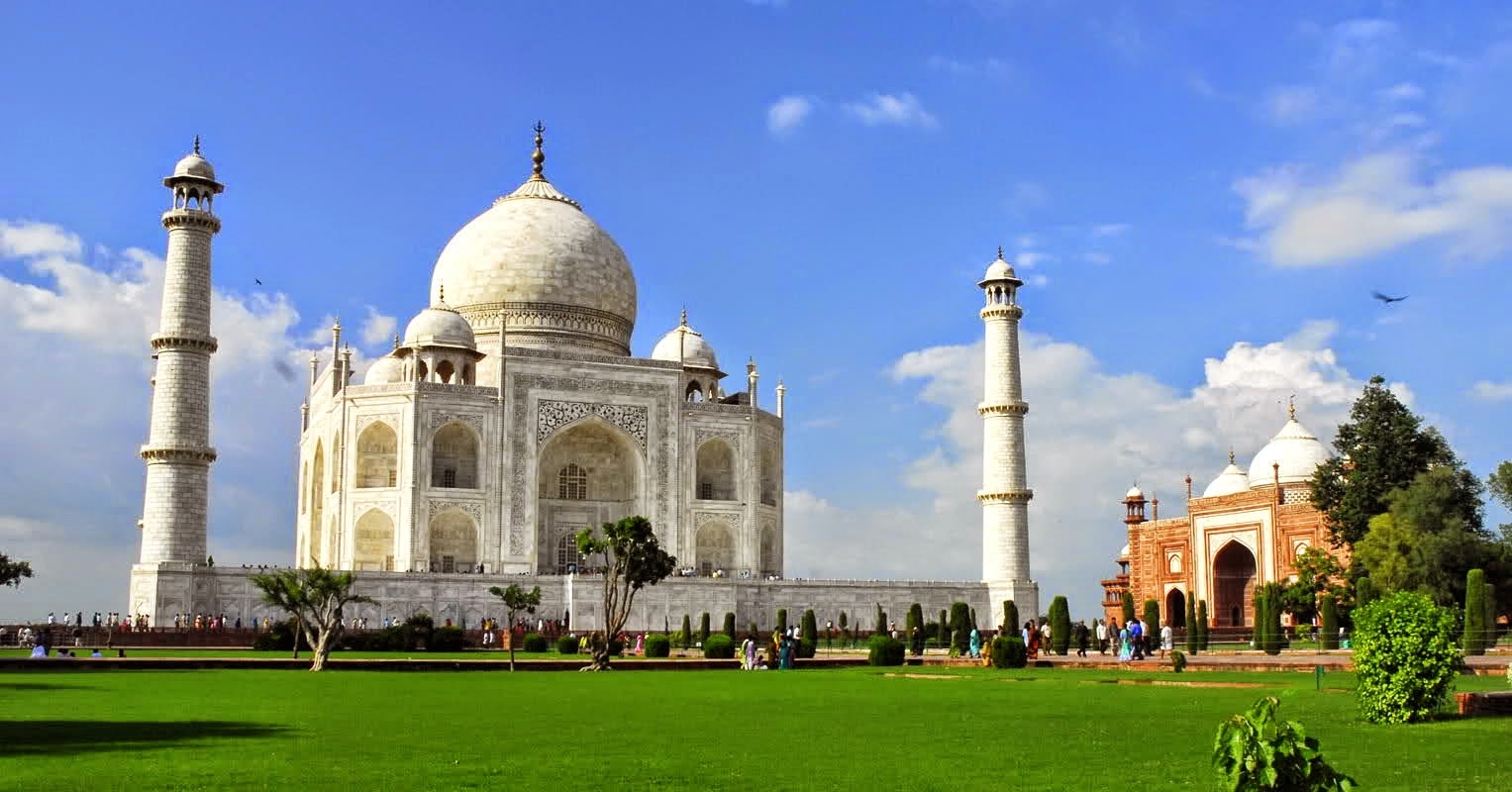 Read More: Why Should You Choose Luxury Trains to Discover India

Soak in Agra with a Guided Sightseeing Tour of the City

Apart from the marled beauty of the grand Taj Mahal, there are several other fine pieces of Mughal architecture in the city, beginning with the Agra Fort. It is a large monument built with Red Sand Stone located right on the banks of the sparkling waters of the river Yamuna. Started by Akbar, the fort was later completed by his successor Shah Jahan who first used it as his palace, then in the later years was confined as a prisoner by his son Aurangzeb at this Fort.

The fort houses several large palaces within the massive boundary walls, such as the – Shah Jahani Mahal, Jahangir Mahal, audience halls named Diwan-i-Am and the Diwan-i-Khas, Khas Mahal, Nagina Masjid, Fish Pavilion, Pearl Mosque and the Garden of Grapes. Regarded as a world heritage site, this is yet another must see spot in Agra. 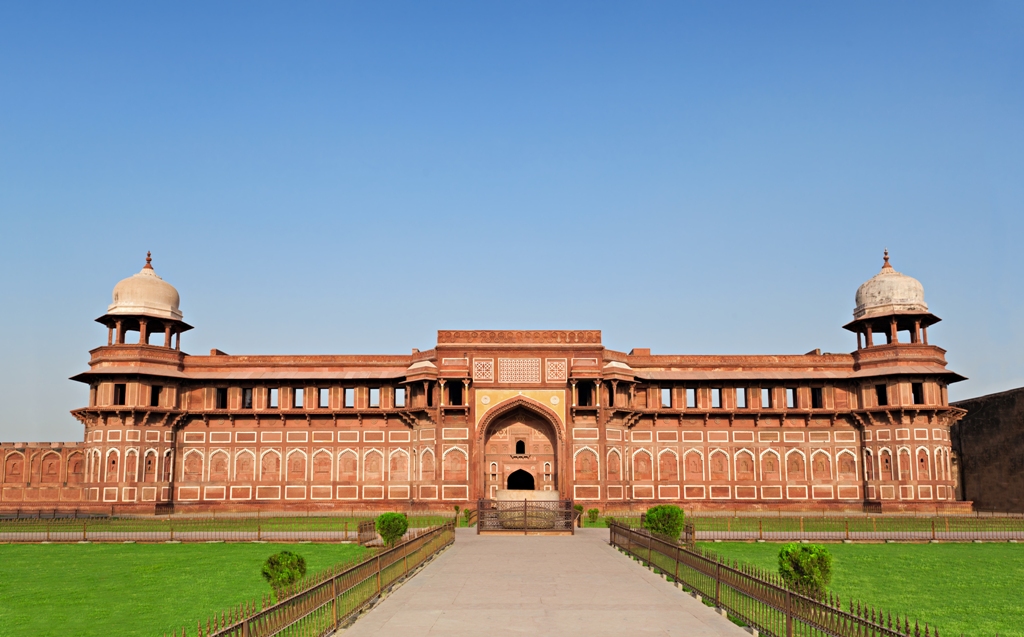 Sample the best of Mughal Cuisine at Esphahan, Agra

Wherever you decide to stay at Agra, it is strongly recommended that you visit the Oberoi Amarvilas for a meal at Esphahan. This is by far the best restaurant serving authentic Awadhi cuisine in Agra, set in a beautifully decorated courtyard, with intricate carvings akin to palatial splendor, large pillars and a glass wall that overlooks at the busy kitchen this is must visit eatery. The restaurant opens only for dinner and is accompanied with live classical music with impeccable service and the best dishes. 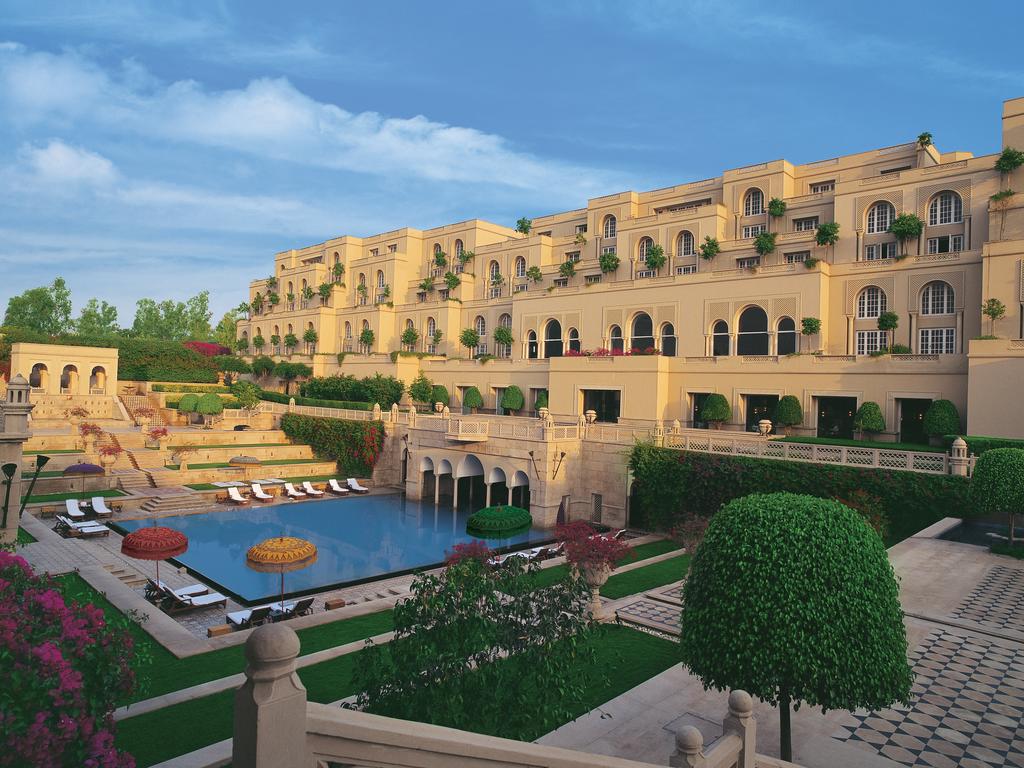 Shopping for your soul at Sadar Bazaar

Agra has everything for everyone and for ardent shopaholics this is the place to be. If you like vibrant colours, great handicrafts at bargain prices and an array of ethnic clothing then do visit the Sadar Bazaar, located close to the Agra Fort and Taj Mahal.

A retreat to the Treasures of India with royal luxury

If you want a complete experience of quintessential Mughal era with all modern amenities and the comfort of train travel. Then we recommend choosing the Maharajas Express. “Treasures of India” is a journey around the most popular tourist hot spots aboard the luxurious Maharaja’s Express for 3 nights and 4 days. The destinations covered are Delhi – Agra – Ranthambore – Jaipur – Delhi, which form the coveted Golden Triangle for travelers in India. You get to glimpse at the best experiences the cities have to offer with end-to-end luxurious hospitality courtesy the Maharajas Express train and this is truly a once in a lifetime opportunity. It is the famous luxury train in India which gives complete facility inside the train. 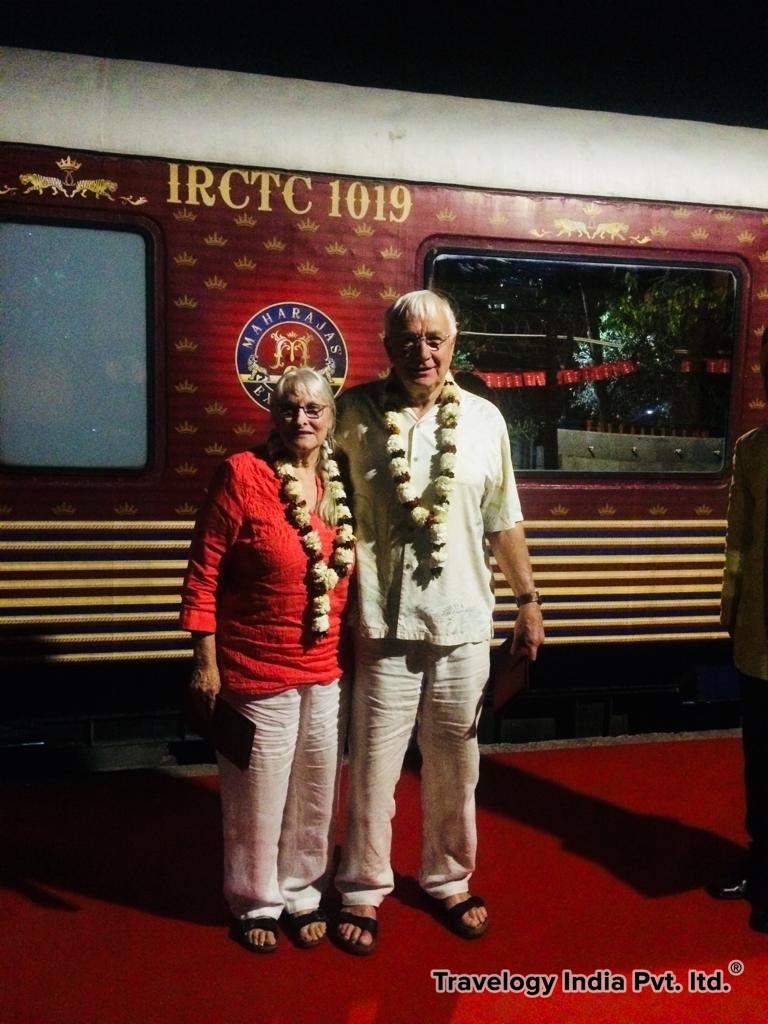