Karnataka is a southern state in India with a great combination of modern world as well as ancient traditional culture. This is a land with a variety of different sightseeing spots including rocks, mountains, plantations, historic sculptures, flavors & many more. Rivers flow from the mighty Arabian Sea through these amazing landscapes up hilly regions. You can see, learn and experience so many different things in this single state.

Let us take a look at the 10 backpacking destinations in this one state of Karnataka.

In the ancient times, the city served as a capital to the Chalukya Dynasty. This onset of temple architecture, the village of Aihole is situated more than 500 kilometers from the popular IT Hub and metro called Bangalore.

This village that has historical heritage and culture and interest among many people has several temples & sculptures mostly Buddhist, Jain and Hindu type of temples. Also known as Aryaputra, it is noted to have around 125 of such monuments in all and also has some old structures as old as the fifth century AD! 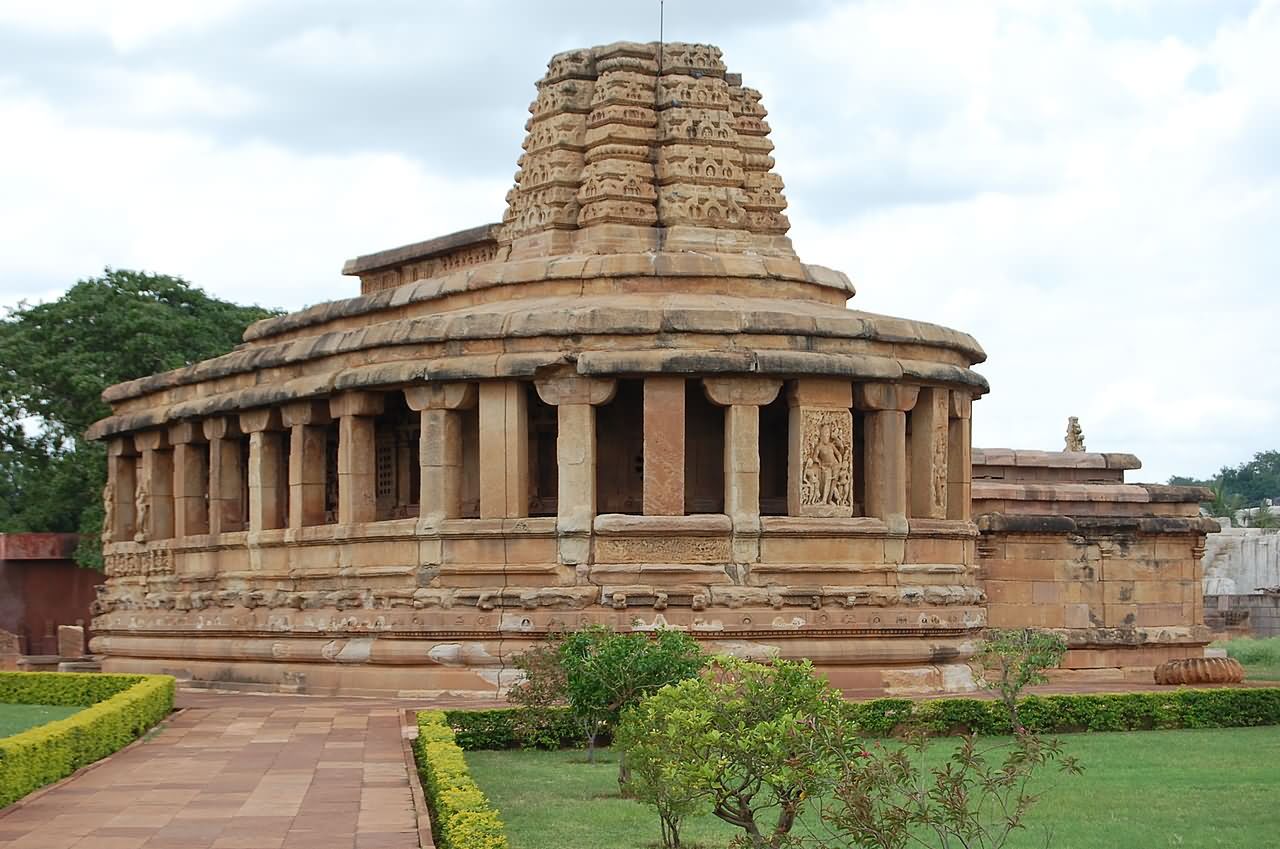 This place with amazing rock – cut temple sculptures that are cut from the giant rocks was also once the capital city of the Chalukyan times. It is famous for the four massive caves out of which the last cave offers magnificent views to the tourists to the place.

It is carved over red – sandstone cliff and portray the Badami Chalukyan architecture with some rock- cut sculptures dating back to the sixth and seventh centuries. In mythological times, this famous landscape was called Vatapi due to the Fort Vatapi that was built by the then Chalukyan Empire King – Pulikeshi. 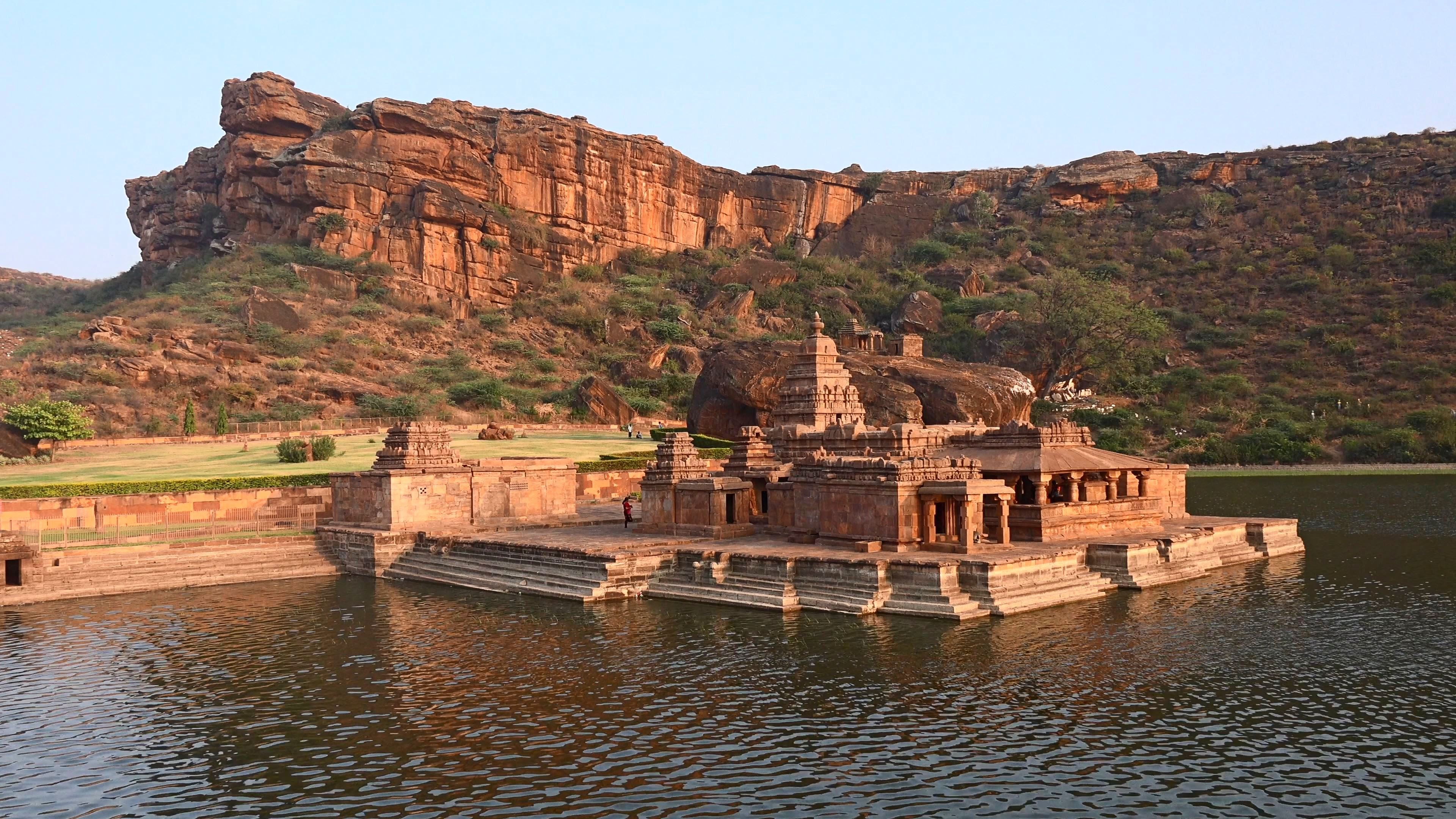 The UNESCO World Heritage Site has structures as old as the seventh and eighth century AD. Several tourists throng this tourist spot to see the amazing temple architecture of the Chalukyan times. It is also known as Rakthapura and is another town of temple architecture in the district of northern Karnataka called Bagalkot.

There was a time when this place was called ‘Kisovolal’ that means – a valley of red soil in the early years of the second century. This is one of the reasons why there are so many tourists attracted to this example of architectural form from the Chalukya Dynasty. 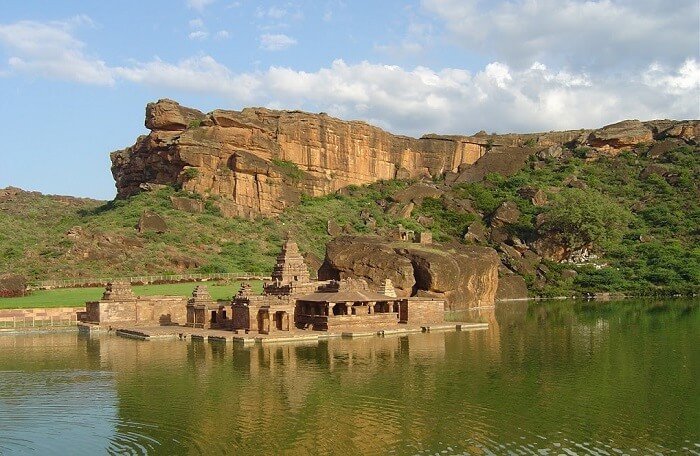 This is a backpacker delight and a pilgrim’s paradise with innumerable shrines and structures of ruins from the Vijayanagara Empire. One of the most famous sites is the stone chariot situated in Vijaya Vittala Temple complex.

There is also a traditional market place in the back of the temple town famous for silks & other crafts. Even the World’s Leading Luxury Train award winner – Maharajas Express train visits this UNESCO World Heritage Site. This is on the Southern Sojourn Day 4 & Southern Jewels Day 5 schedule of Maharajas Express train luxury 7N/ 8D tours respectively. 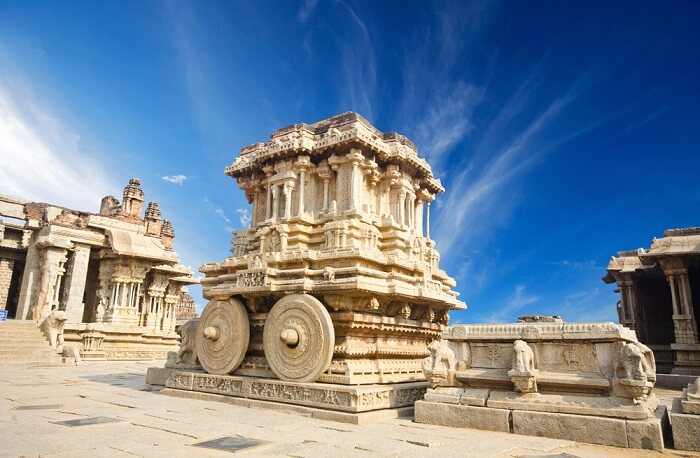 Know more about the Maharajas Express

This place is situated near the Hassan district less than 150 kilometers from Bangalore. It is famous for housing the world’s tallest free standing statue – ‘Shri Gomateshwara Statue’. There are roughly more than 600 + steps leading up to the famous statue.

It is also a visitation site for several followers of Jainism as they shower the statue with flower petals during the festive time of Mahamastakabhisheka Mahotsav that falls during the last week of February month. 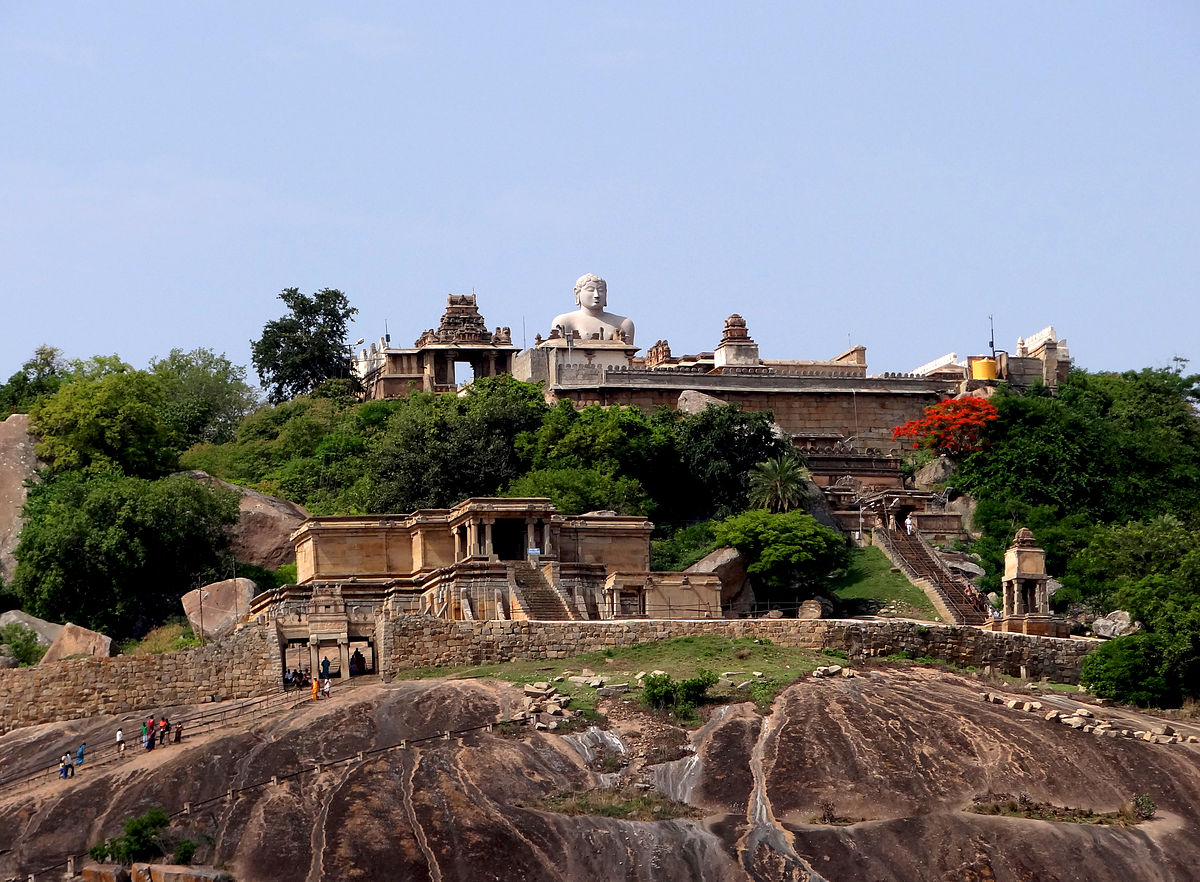 One of the most iconic destinations is the towering statue of Shiva on top of the Rajagopuram which means tower shrine. This is a structure made up of 18 floors and stands on the shores of the beaches of North Western Karnataka.

There is a fort by the same name called Murudeshwar Fort just behind the towering shrine. The statue first had 4 hands but due to its height and massive wind power, most of the golden paint on the top, and one hand was destroyed. This is the second tallest statue of Shiva in the whole world that is built on top of the hill called Kanduka. 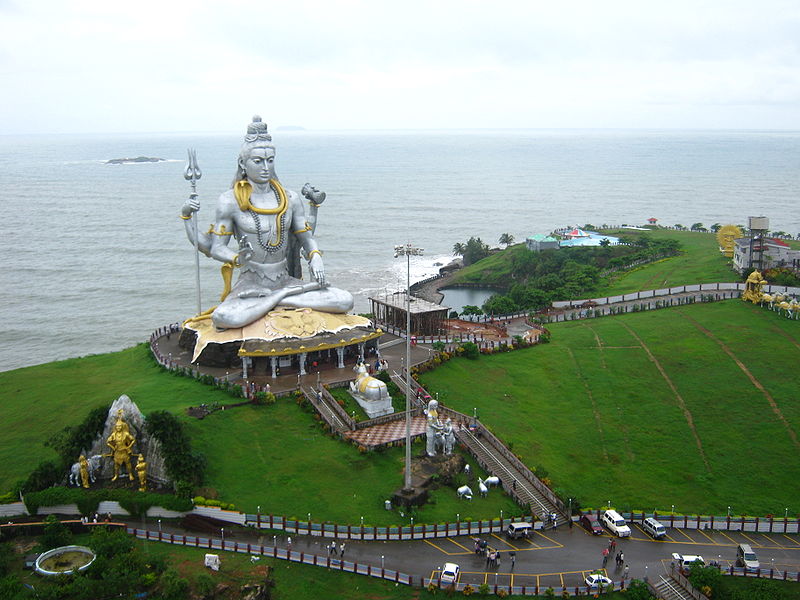 Mysore is a city that shimmers with various regal monuments. The Amba Vilas Palace popularly called the Mysore Palace looks glorious especially when lit up at night. This large palace showcases the blend of 3 different architectural styles.

This was the throne of the Maharajahs of Wodeyar in Karnataka. One of the finest luxury trains in India – the Golden Chariot train also has this spectacular palace as one of the sightseeing places. The cost of Golden Chariot train differs on occupancy per person per night starting from INR 50560 (single) and INR 37760 (double).

This is a spectacular destination in Karnataka where tourists get to see the amazing Jogada Gundi also known as Gerusoppa. The Jog falls are the second highest waterfalls in the whole country of India. The River Sharavati flows in the splendid Western Ghats from a height of 850 ft and beautifully flows over four sub – categories namely – Rajah, Rani, Rocket & Roarer.

Situated in between Northern Kanara and Shimoga regions of Karnataka, it is best seen when visited in monsoons. Tourists boast of rock – climbing activities around there and good parking space. It is the world’s 13th most sought after tourist destinations. 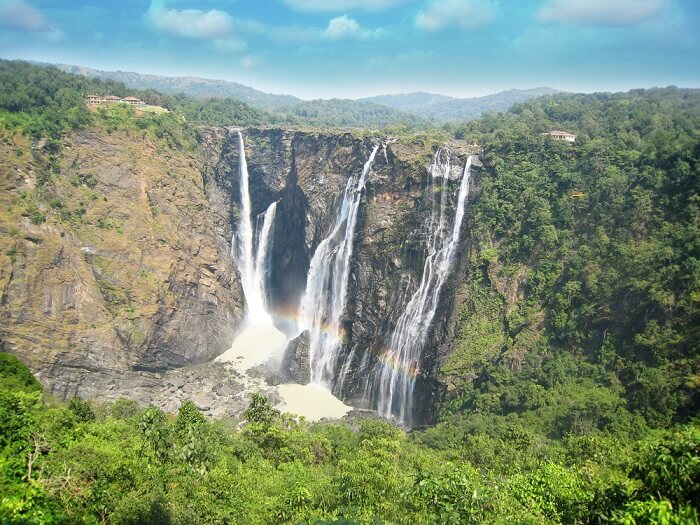 Bylakuppe is a charming place situated in the middle of the beautiful hill station of Karnataka called Coorg. This Tibetan settlement along the Namdroling Monastery adds to the charm of the village. The Golden Temple has attractive paintings on the exterior while it is vibrant and colorful inside housing a statue of Buddha of 40 ft tall. 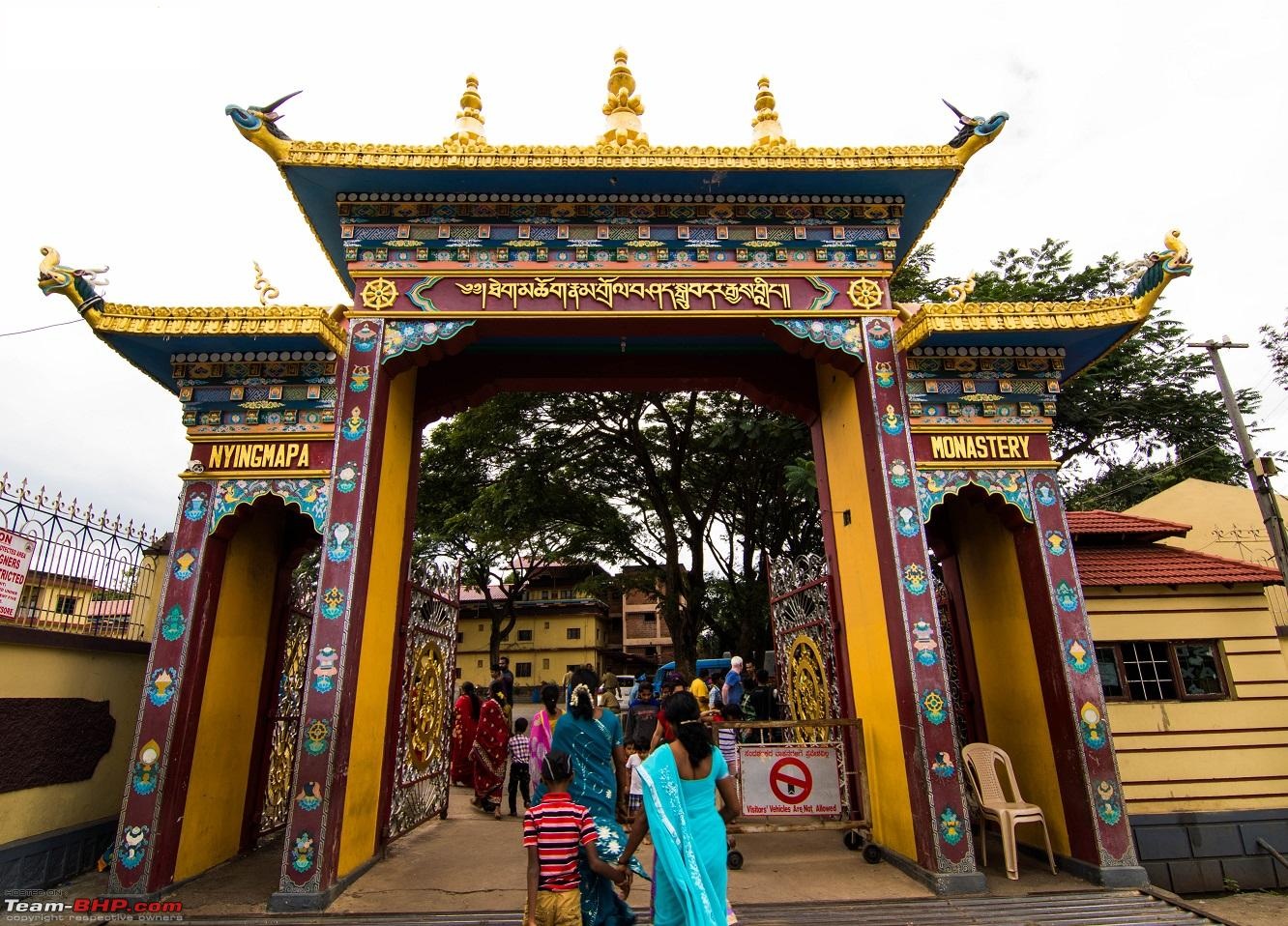 This sixteenth century heritage monument in Bijapur district of Karnataka is constructed by Bahmani King Adil Shah of the Shah Dynasty. The meaning of its name is ‘circular dome’. The world’s second largest dome is surrounded by four high minarets and has a great acoustic feature.

It showcases brilliant Deccan architecture and is believed that a small whisper resounds for almost 10 times on the other end of the ‘Whisper Gallery’. This is one of the most important landmarks and historical site in Karnataka that several tourists from all over the world visit through the year. 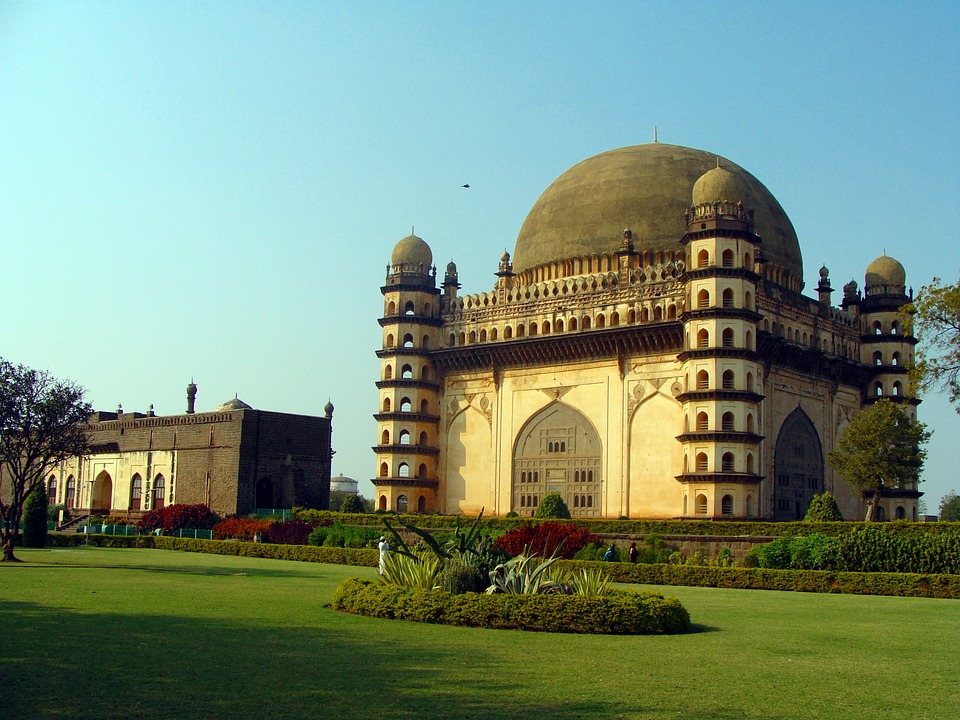