Water is one such force which was earlier feared and revered by mankind in the past , its destructive forms like heavy downpours and floods have created havoc and wiped out civilisations. But with the advent of time and technology, the scenario has changed, so that people have developed under water sports as an option for their recreation.

Scuba diving is one such recreational activity which requires a little training and some specialized equipments.

Scuba diving is a means of underwater diving where the river uses self contained breathing apparatus which is independent of the surface supplier for breathing. It is done both professionally as well as for the purpose of leisure and enjoyment.

Here are top ten scuba diving sites from round the world.

Among the innumerable creatures occupying the site, divers can see many of the underwater species. These include schools of Chevron Barracuda, dogfish tuna, batfish, jacks and snapper. They coexist with reef fish, rays, sharks , turtles and groupers. A massive number of 374 fish species in one dive was counted in 2012.

The growth of different species of corals can be seen flourishing in the reef. Both hard and software varieties are seen.

The site around Raja Ampat area is located at the northeast point of Kri- island and is known to have the widest range of Marine life. An anchor can be found at the base of the reef.

Diving is possible round the year as the temperature ranges from 27 to 30℃ and the divers are advised to stay deep due to strong surface currents.

Sipadan is Malaysia’s only Oceanic island which means that it rises straight from the Sea than the Continental Shelf.It is a home to a number of excellent diving sites owing to its unique geography.

Also Read:  Things to Do in Mumbai That Makes Summer Exciting

The Barracuda Point as the name suggests, is famous for its large schools of Barracuda.Hundreds of Barracuda flock together and a lucky person will be able to see the fishes swimming in a rapid spiral formation resembling a spinning wall of fish, called the Barracuda tornado. 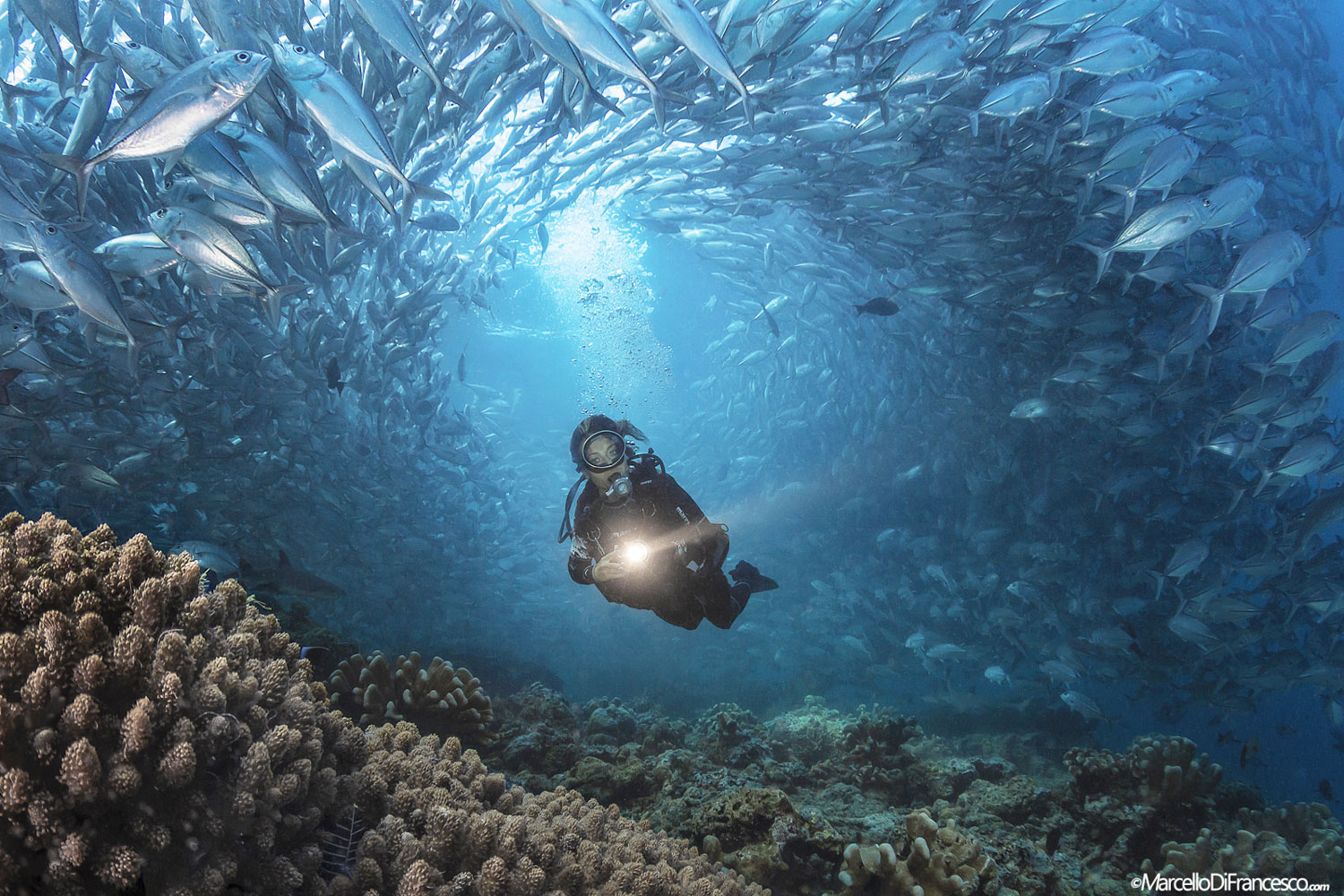 Named as the most action packed diving site in the world, Blue corner boasts of 13 different species of shark circling the water just beyond the plunging reef wall The site depth ranges from 25 to 90 feet. Novices can dive when there is no current but experts are the only match when current is strong.

Small formations of gorgonian fans and other formations of corals and different Marine species are its main attractions. You can also use your reef hook invented in Palau to keep you safe and reduce air consumption. 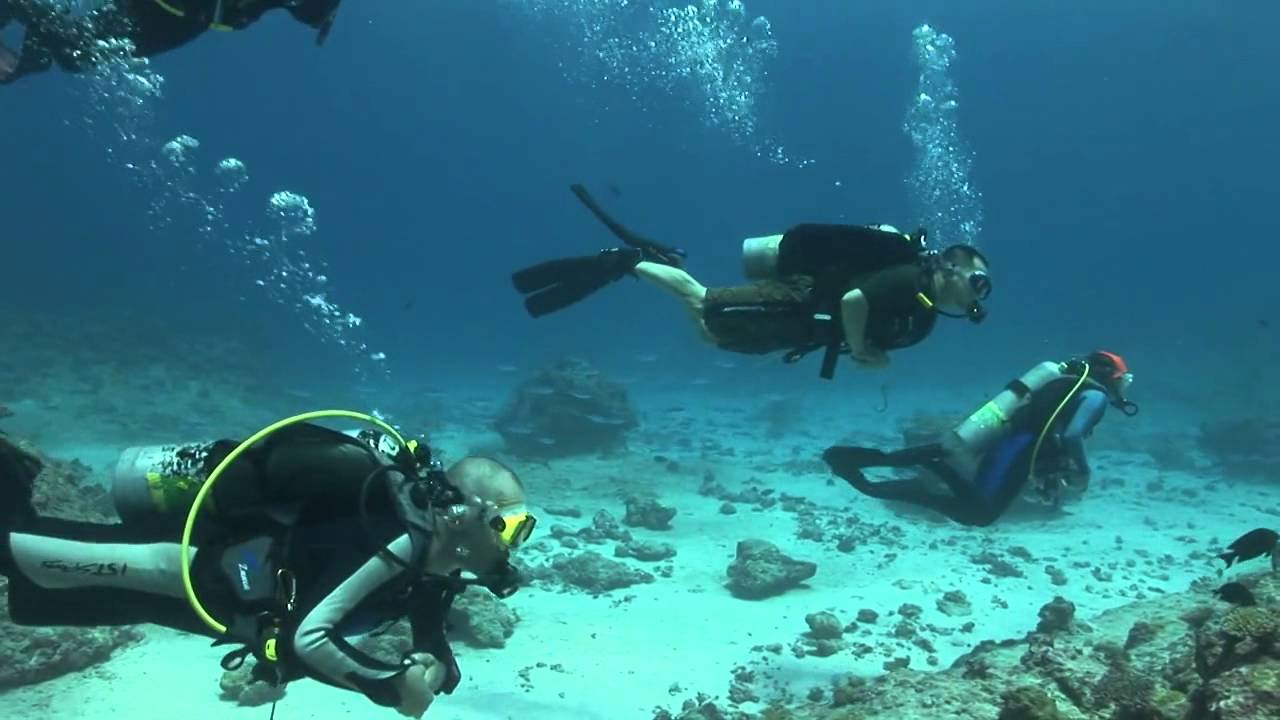 Scuba diving in Goa is a favourite activity, where you can see underwater adventure. The Arabian Sea has plenty of submerged life. It houses a variety of Marine species including turtles, reef sharks and amphibian plants which makes scuba diving in Goa a dream activity. Because of its various wrecks off its coastline like the Portuguese Galleons and World War ll War vessels, diving is even more fun.

Click some memorable pictures while swimming with the colourful fishes, witness the underwater corals when you dive Deep upto 20 to 35 feet inside. A training is given prior to the session and experts divers will accompany you beneath the blue. Also different types of introductory and advanced diving courses are given on the island. 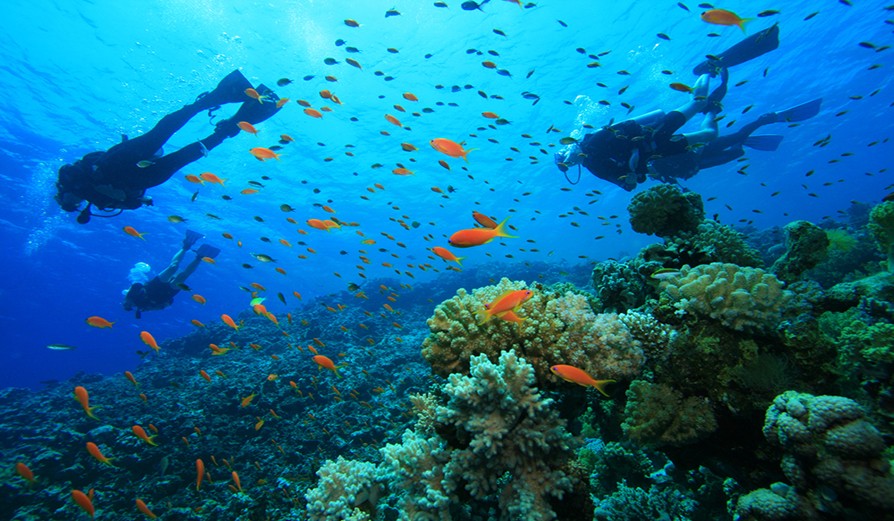 The underwater diving experience is unique at the Kona coast owing to its wonderful night dving. The Manta Ray night diving can give you an experience that you will cherish for the rest of your life.

Start your adventure at late afternoon at the Honokohau Harbour and enjoy the golden sunset while sailing from the Kona coast to the Manta diving site. Help will always be available.

Experienced swim guides, dive masters and expert instructors will you slip into the gears and see the gentle giant Loop, and cruise in the beam of the light as they light up instantly the dark water underneath.

The divers after settling down on the ocean bed will switch their lights on in order to attract the plankton’s which will in turn attract the Manta Rays. The diving session can last upto 50-60 minutes, depending upon the air consumption. 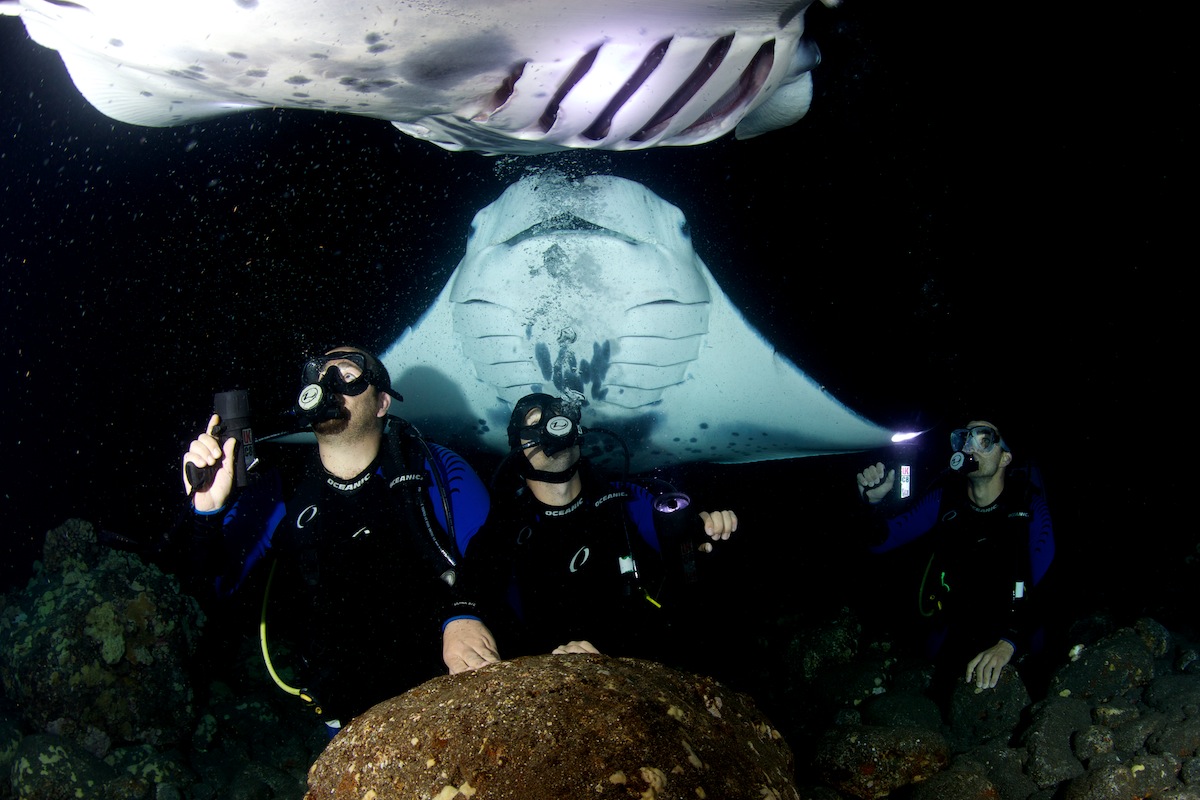 In Karnataka, water itself has a cooling effect and can refresh our body and mind. The Netrani islands offer an atmosphere away from the buzz of the city life , calm and rejuvenating. Scuba diving is an extra advantage added to it.

The island is a retreat to the people who love scuba diving. Get ready for a rush of adrenaline as you go for scuba diving and get the chance to explore the extremely beautiful and breath taking marine world. Also known as Pegion Island, Netrani is situated West coast of the temple of Murudeshwar. 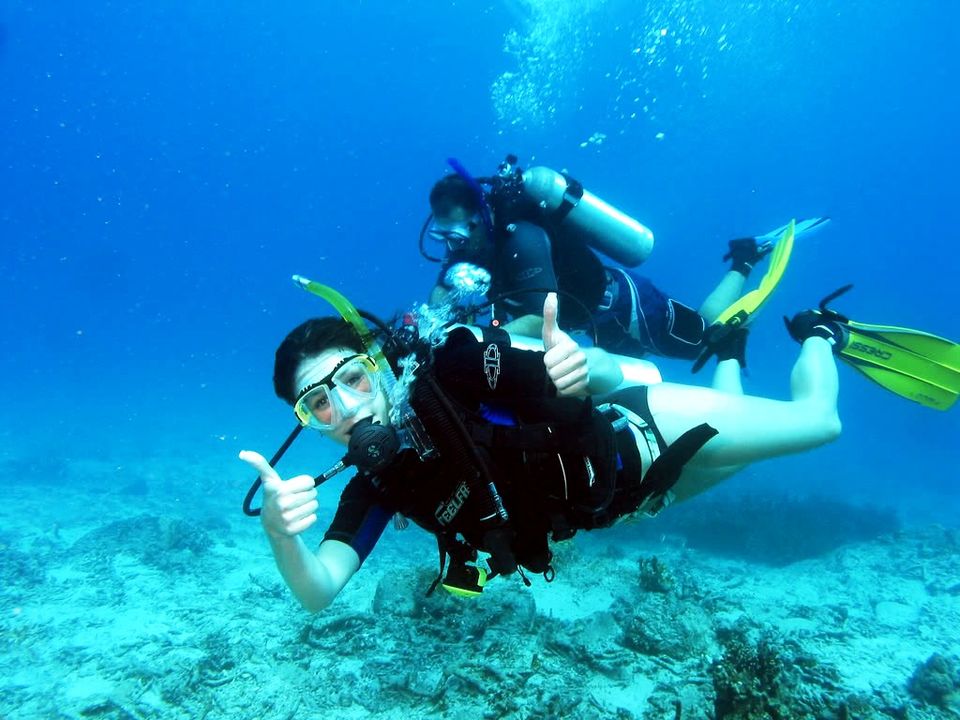 Diving in Koh Tao does not usually include much difficulty as the sites are shallow with low current and pretty good visibility. The largest number of PADI diving courses are offered in Koh Tao and the Cairns barrier reef in general and open water in particular.Furthermore the prices are relatively low and pocket friendly.

Koh has a dozen of diving sites and a list of the top ones are provided.

Sail rock is an ideal one with a large group of tuna, giant Mackerel, Manta Ray etc.
Chumphon Pinnacle is characterised with four pinnacles covered with anemones.
South West Pinnacle is considered to be the second best diving site of Tao. If you are lucky you will be able to see the rare great whale shark and the rarest spotted whale. 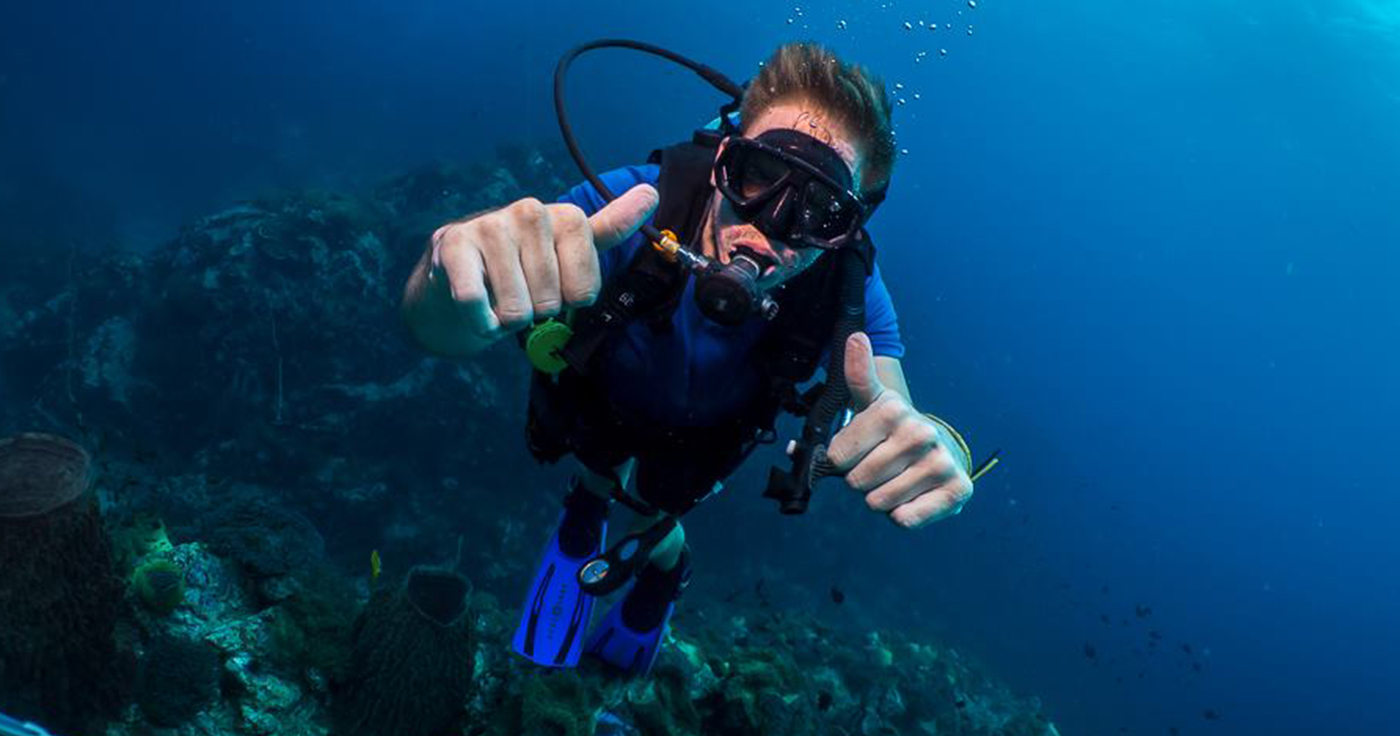 Silver shores playing with dashing waves. That is Andaman. Dare to go deep and you will find yourself bedazzled by the extremely new and mysterious world consisting of coral reefs, beautiful patterned fishes, sea bed gardens dancing in the night silent water. Enough option for the begginers as well as the professionals.

Havelock Islands, Neil islands, Port Blair are some of the best diving sites of Andaman. 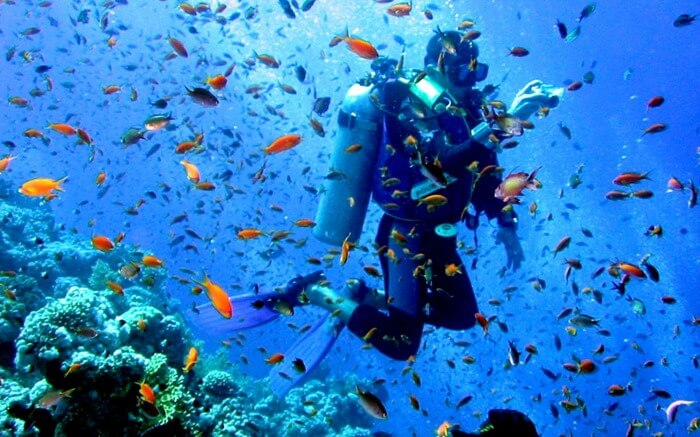 Kovalam is the most popular place in Kerala that offers scuba diving. This world famous destination has three more beaches. Due to its unique colossal rocky promontory, it boasts of the best diving sites.

And with the efforts of the Kerala tourism, underwater diving has reached new horizons. The expert team in Kovalam will help you get dressed in the swim suit and carry your breathing apparatus on your back. They will also guide you in your underwater venture. 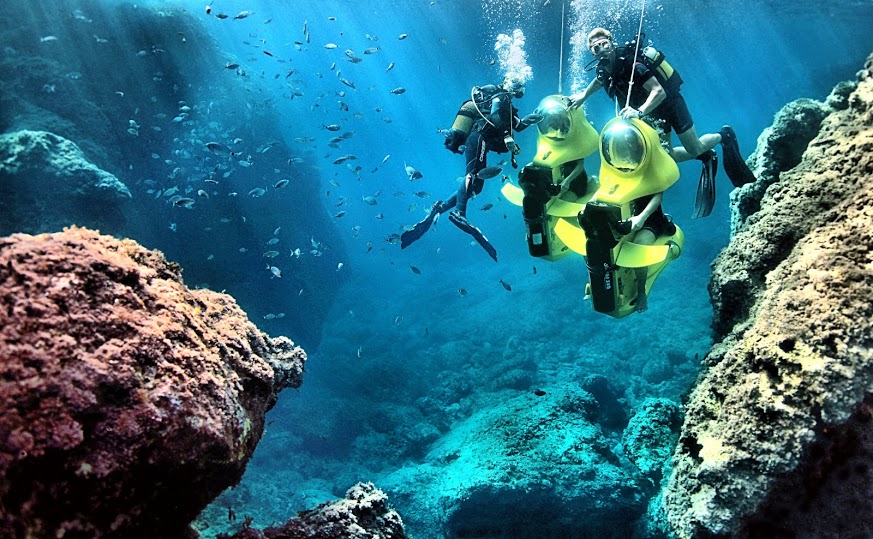 Step aside for a quite Holiday away from the crowd and dive deep into the blue and experience the thrill like nowhere else other than the Great Barrier Reef. The famous S.S. Yongala ship wreck awaits the dive enthusiasts at the Yongala Dive.

This diving experience will leave you enriched with the knowledge of the tragic history, will quench your thirst for adventure, reward your passion to explore the marine life like no other site in the world.

A laid back attitude typical to the island, in combination with international diving experience, professional service ,safety and value , the place will unmatched with regards to diving. 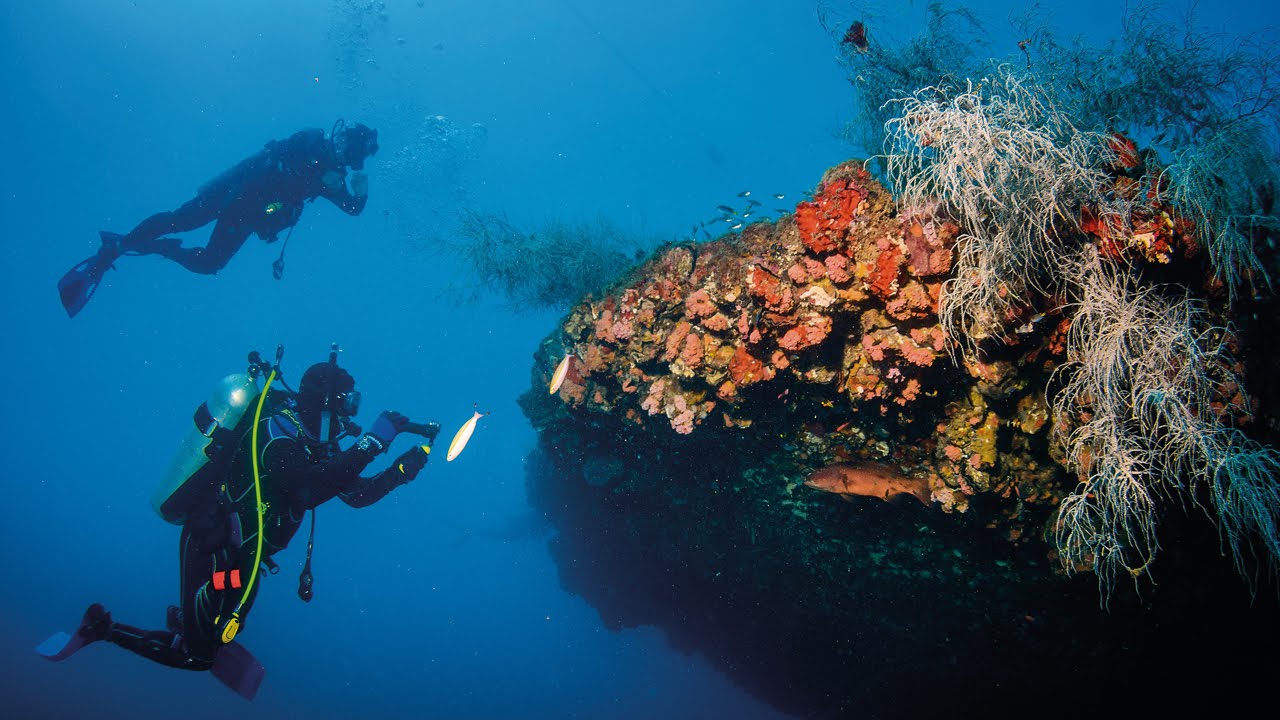 So, choose a site in accordance with your pocket and temperament and let your dreamy world unfold.

How to Book Luxury Train