Another feather added to its cap, the Palace on Wheels, the most popular luxury train of India was awarded the prestigious PATWA International Awarded under the category ‘Tourist Train of the Year’ given away by the Pacific Area Travel Writer’s Association (PATWA). The grand ceremony was held during the ITB BERLIN event on March 9th in Germany ,2018.

Palace on Wheels was inaugurated by Indian Railways with the motive of promoting tourism in Rajasthan on 26th January in the year 1982. The USP of the train is its hospitality, its world class facilities, its touring style and sublime decor and has recorded the highest number of occupancy.

After gaining a fast global recognition and attaining an enormous popularity for providing an indelible holiday sojourn, the train was awarded with the PATWA in 1987 and was voted the 4th most luxurious train in the world in the year 2010.

Palace On Wheels train is the most popular among the luxury trains in India so much so that it is booked almost to its full capacity on Wednesdays leaving only a few seats vaccant even today.

Since its inception, it has been treating its guests with regal life style and unveiling different variants of the colourful culture of Rajasthan.

Palace on Wheels takes us on a lifetime journey to the Golden Trip of Rajasthan. Refurbished  in 2009 with princely decor  similar to that of the erstwhile rulers, lip smacking cuisines , the kaleidoscopic trip of Rajasthan and the Palace make the best combination.

The Palace on Wheels takes us on a tour through the Circuit which include Jaipur, Sawai Madhopur, Chittorgarh, Udaipur, Jaisalmer, Jodhpur, Bharatpur and Agra.

Also Read:  Tejas Express is all set to Speed through Delhi-Chandigarh Route 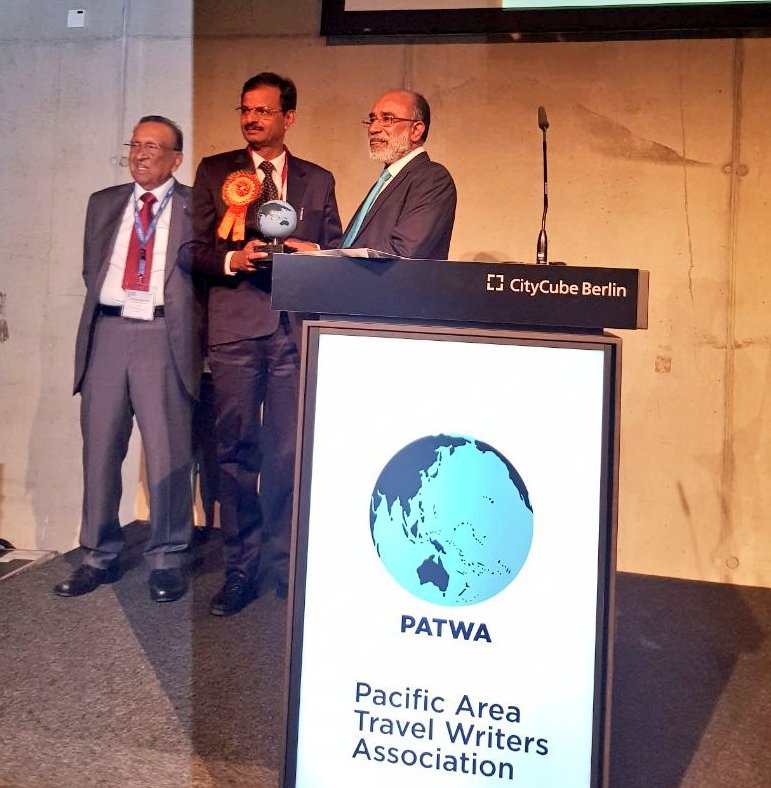 Palace on Wheels is a farrago of modern day flair, expertise and royal furnishings and treatment so that it’s guests experience an indelible journey.

The 14 guests Cabins are so decorated in that their lavishness reflect the regal grandeur and opulence of the by gone era. In addition, they are equipped with modern bathrooms, climate control, writing desktops, Wi-fi, Internet, intercom and 24 hrs khidmatgar or attendant.

The Palace comprises of two royal restaurants such as Maharaja and Maharani.

The menu has a finger licking  range of exotic cuisines to choose from Chinese , Continental, Indian and Rajasthani.

Each and every coach is attached to a lounge at its end where you can just chill out or read a book, chat with fellow passengers or admire the changing panorama outside.

Well furnished with state of the art furniture and beautifully decorated to create a royal ambience, the bar is equipped with a collection of alcoholic and non alcoholic beverages and spirits and wines from round the world. 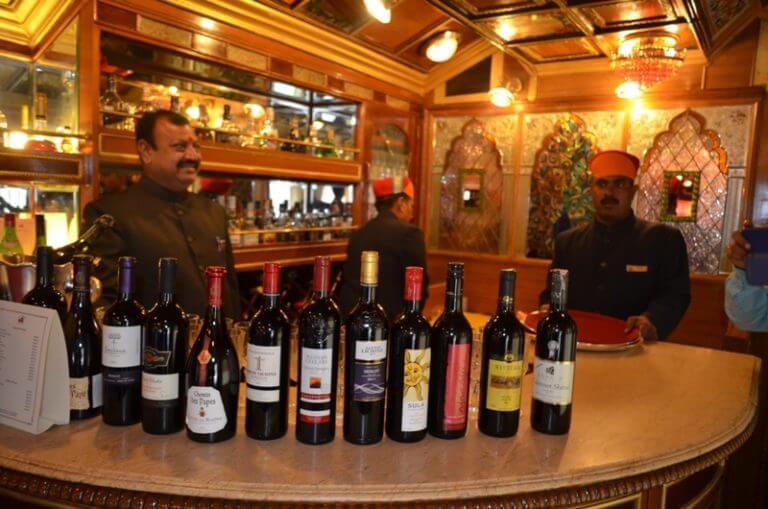 Installed with an exhilarating Spa facility to rejuvenate your body spirit and soul ,the train is  a dream destination in itself.

Buy gifts and mementos from the souvenirs shop on board and cherish the sweet memories later on.

Transcendence, Superbness, Supremacy, Perfection and all such other adjectives regarding superfluous merit and quality tend to short when it comes to The Palace On Wheels.