The main reason for tourists thinking twice before choosing a luxury train tour is the bombarding ticket cost for 7-8 days of travel. Luxury trains like Golden Chariot, Maharajas’ Express, Deccan Odyssey, Palace on Wheels, Royal Orient and others have lower occupancy rate because of this higher ticket cost.

To boost tourism via the luxury trains, Indian government has planned to reduce the cost of these luxury trains by at most 50%. The exact decline in cost is not mentioned, as of now. 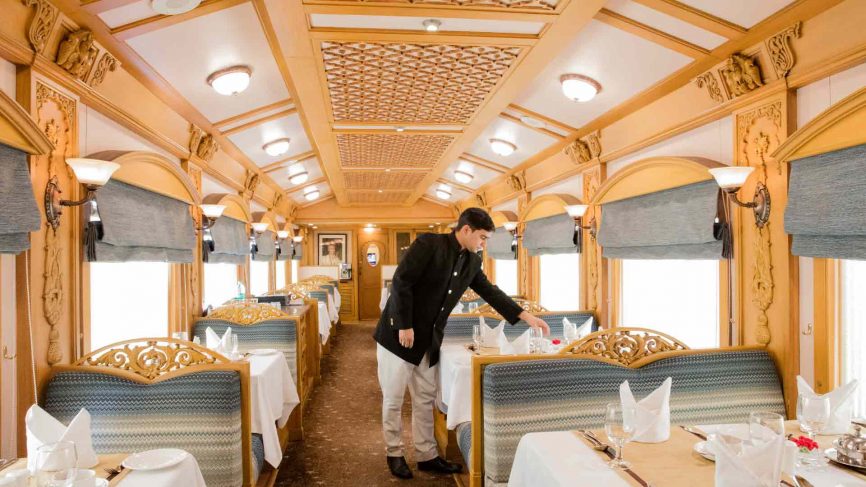 Apart from this, many luxury saloons that were designated only to carry eminent persons of the country like Prime Minister, President, higher officials of railway department and others, will now to available to tourists too. The tourists can book the presidential suites in these luxury saloons, which include two bedroom carriages including kitchen, private lounge and bathroom. Out of the 336 luxury saloons, 62 are air-conditioned.

These decisions were made during the Railway Board’s policy review that took place in March 01, 2018. The railway officials will soon bring these plans into action. The cost of a luxury train accommodation can vary from $3,850 to more than $28,070. This cost will be reduced considerably in the future. With airlines providing attractive offers, luxury trains and many premium trains like Rajdhani, Duranto and Shatabdi have experienced reduced occupancy rate like never before.

The occupancy rate of Royal Rajasthan on Wheels is 63.18% and Palace on Wheels has dropped to 24.08%. Since its introduction in 1982, the luxury trains in India have never dipped so low. The government has now decided to increase the tourist footprints in the luxury train with this reduction.

Also Read:  Palace On Wheels Vs. Maharajas’ Express – A Comparison Of Luxury Trains

On the other hand, the luxury salon cars and presidential suites are maintained by spending crores of money, every year. Officials and politicians misuse these saloons, until date.  To avoid this corrosion of power parties, railway department has opened up these exclusive saloons to tourists for a luxury vacation experience.