Maharashtra, the third largest state of Indian is renowned not only for its spellbinding natural beauty but also for its rich history. Many famous empires like Maurya, Gupta, Vakataka, Chalukya, Mughal and Maratha have influenced this magical land with their rich art and culture.This influence is easily visible at the majestic forts of Maharashtra. There are approximately 350 forts which are well known for their regal looks and amazing architecture.

Historians and general tourists from around the world visit Maharashtra to feel the might of the Marathas.

Located near the Sahyadri hills, Lohagad Fort is one of the most visited forts in Maharashtra. Initially this marvelous structure was built by Guru Govind Singh in 1564 CE to serve as a prison but later on turned into a treasury house by Shivaji Maharaj in 1670 CE.

During the rule of Peshwa, Nana Phadnavis used this fort as his residence and built a big tank and step well inside the fort.The shape of the fort is unique like a tail of scorpion and it has four different entrances, namely, Maha Darwaja, Ganesh Darwaja, Hanuman Darwaja and Narayan Darwaja.Lohagadh is also famous for its scenic treks and green surroundings. 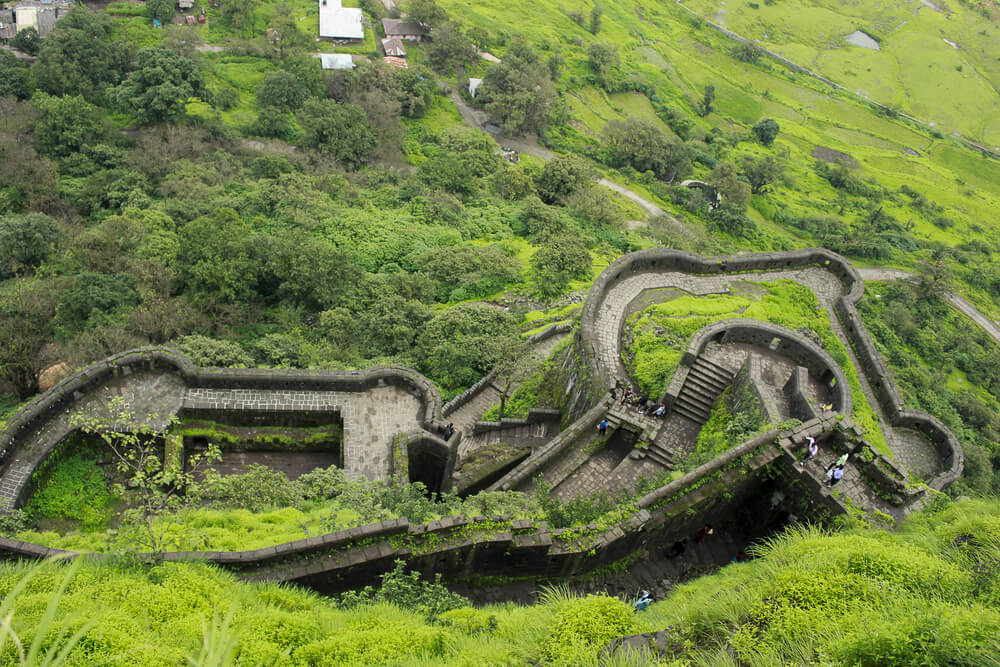 Janjira fort also known as Murud fort is situated near Murud Village of Maharashtra. Surrounded by water, this fort has 26 rounded bastions, a ruined mosque and an empty pool. Malik Ambar built this ancient marvel at the end of 17th century. This beautiful fort had 500 cannons but now few are left, among these Kalal bangdi, Landa Kasam and Chavri are the renowned one. Visiting the fort is also interesting because you can sail on boat to reach the destination. 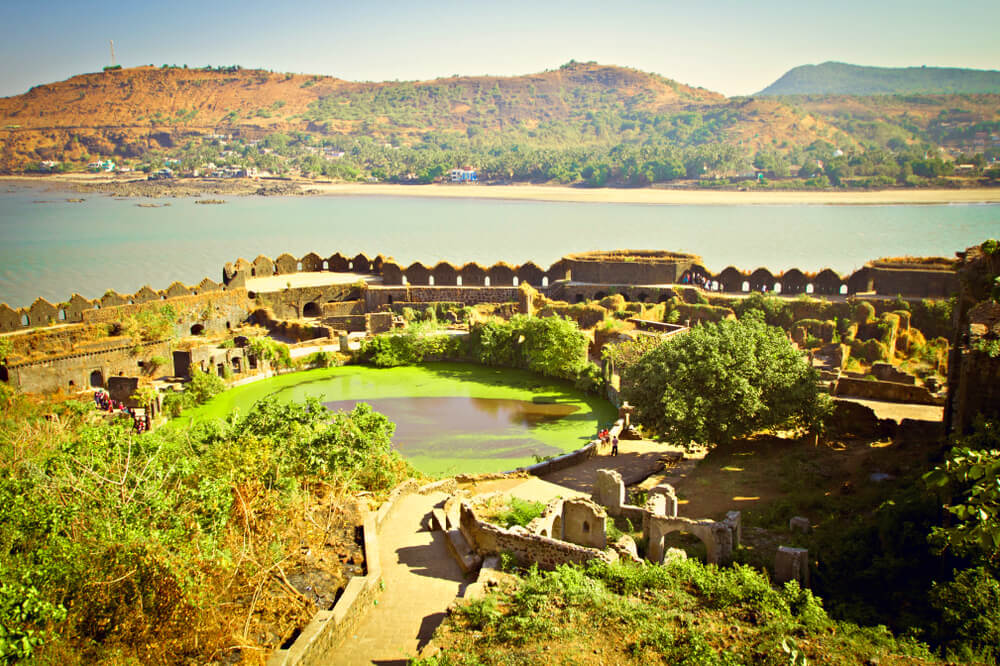 One of the best preserved fort of Maharashtra, Daulatabad fort or Devagiri is 16 km away from Aurangabad railway station. Built by the Yadava king Bhillama V in 1187 AD,it was the most powerful fort during the medieval period. This fort was built on top of the 200 m high hill and was surrounded by a moat which was 40 feet deep and filled with crocodiles.

Also Read:  A Tasting of Wine at Grover Zampa Vineyards 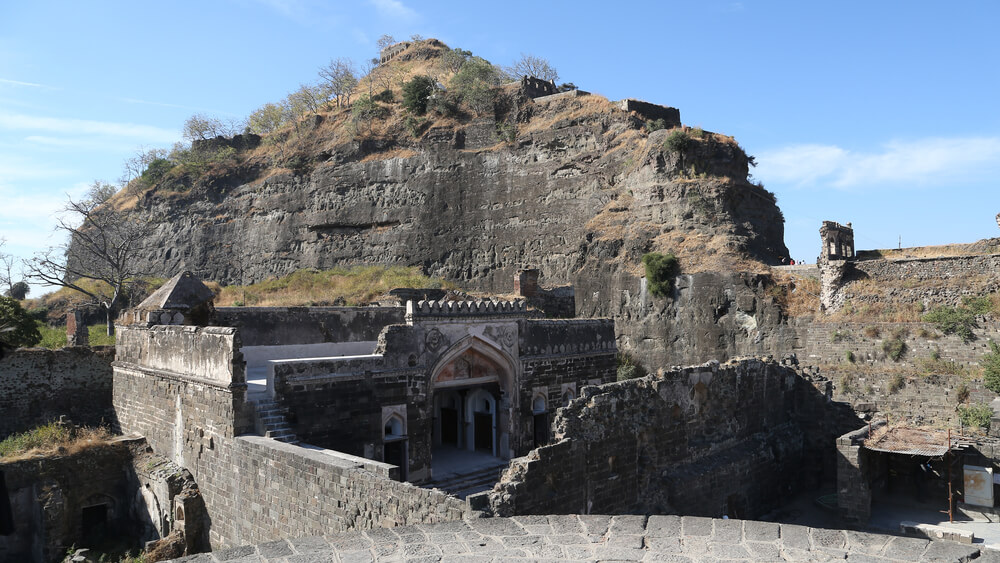 The former residence of Tarabai, the queen of Kolhapur, Panhala fort is located 20 km away from the main city of Kolhapur. This fort is famous for its Andhar Bavadi, Kalavantin Icha Mahal and Amber khana. This fort was used in many wars as a battleground.

Locals believe that before going on expedition, Shivaji used to offer prayers in one of the temples of Ambabai, located inside the fort. Apart from this ancient marvel, this location also provides a great trekking route. If you want to explore the Panhala fort of Maharashtra, discover through Deccan Odyssey which is the Asia’s leading luxury train. 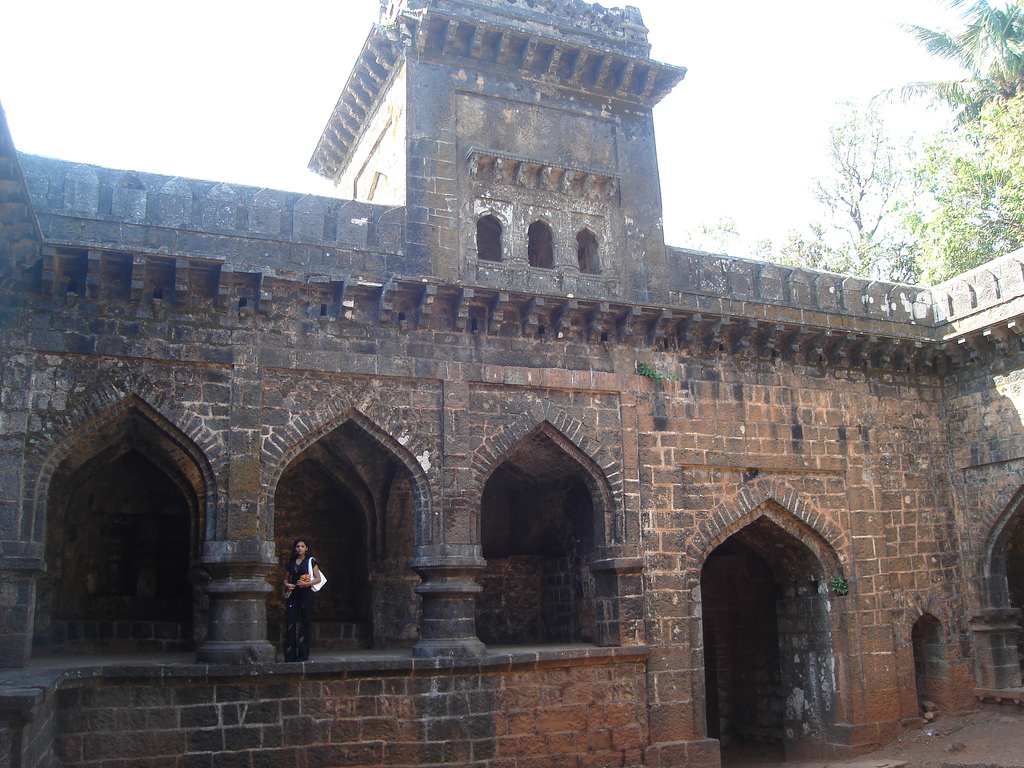 Situated over the Murumba Devi Dongar hills, Raigad Fort was considered to be the most secure fort in entire Maharashtra. The first capital of Shivaji, Raigad Fort is known by many names and is famous for the spectacular views of the surrounding valley. To reach the fort, one has to climb 1737 steps.

During the reign of Nizam shahi, this fort was converted into a prison. Monsoon is the ideal time for trekkers to enjoy the blissful nature amidst the lush greenery of the surroundings. 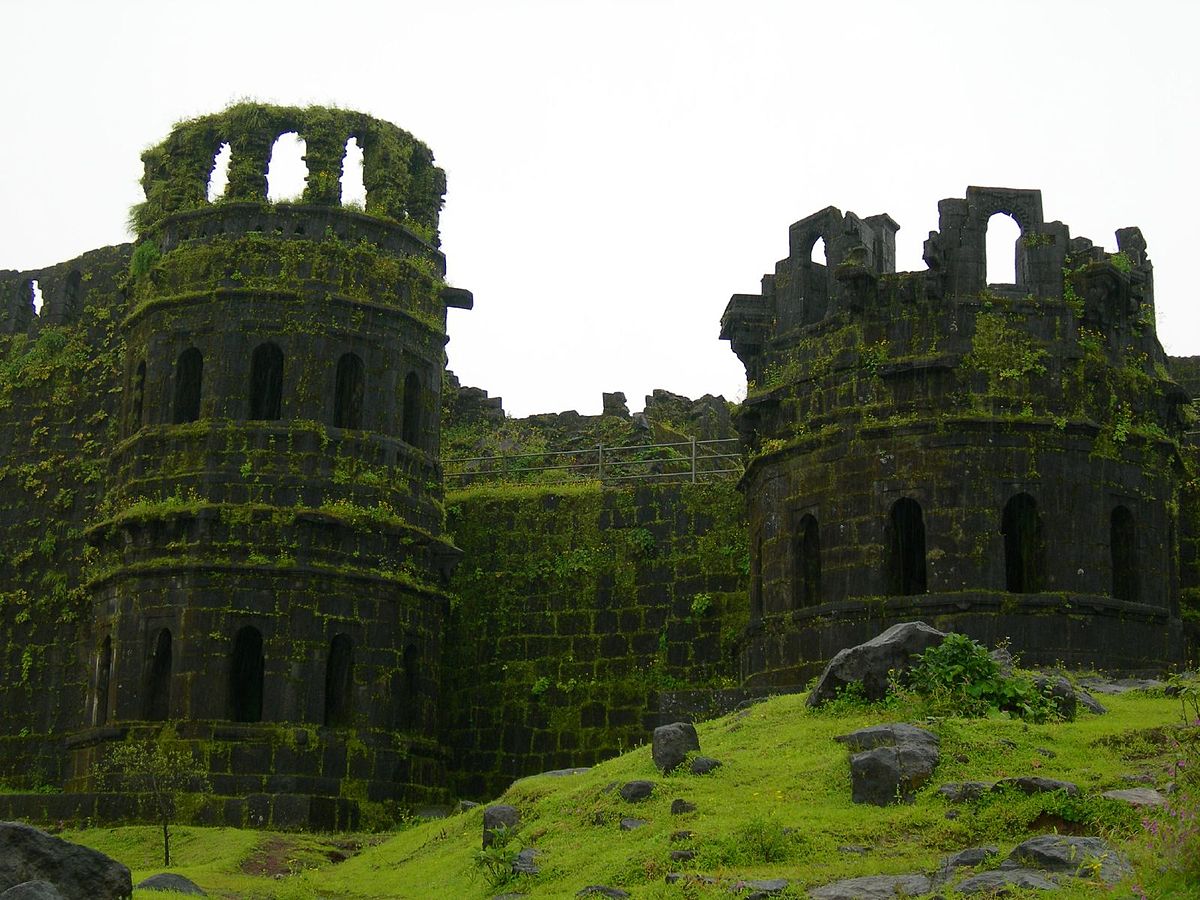 The seven storied capital building of Peshwa, Shaniwar Wada Fort has a special place in the history of India. Located near Pune, this fort was destroyed by an unexpected fire in 1828. Still the ruins of the fort draw attention of the visitors across the country.

Also Read:  5 Places to Visit in Maharashtra in November 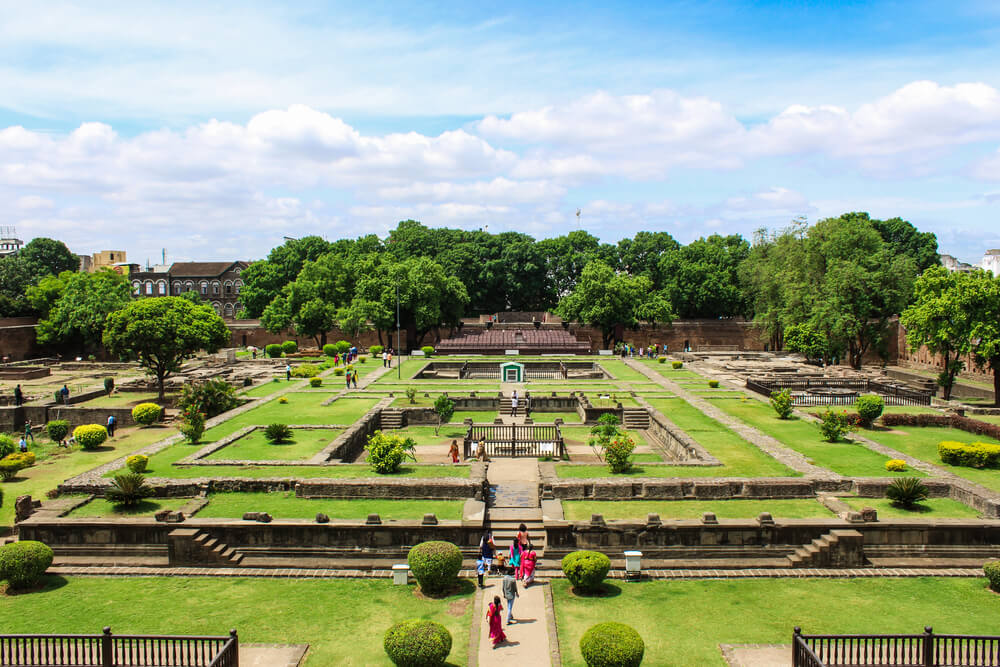 Yashwantgad fort, also famous as Redi fort was built by the Marathas in the 16th century. Later in 1746 it was captured by the Portuguese. Now, mainly the ruins of the fort are present at the place. The fort is divided into two parts, upper and lower. Enjoy the pleasant breeze coming from the encircled crystalline waters from the upper part of the fort. Few of the entrance gates and guard vestibules are still in good condition. 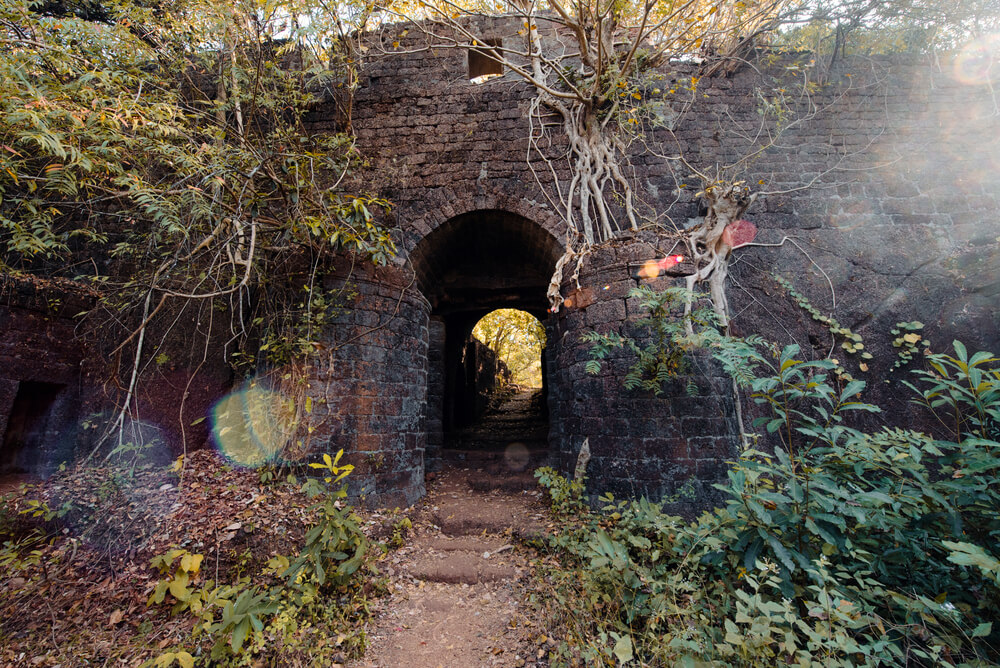 Erected on an area of 48 acres, Sindhudurg fort is situated on the shores of the Malvan region.It took three years to complete this massive castle. The temple of Lord Maruti, Mahadeo, Mahapurush and the massive wall which protects the fort from the Arabian Sea are some of the popular spots of this fort.

Its grand structure, 4 km long and 9 km tall solid zigzag way and the beautiful Arabian Sea have made this fort one of the most visited forts of Maharashtra. During monsoons, entry to this fort is restricted due to the high tides. 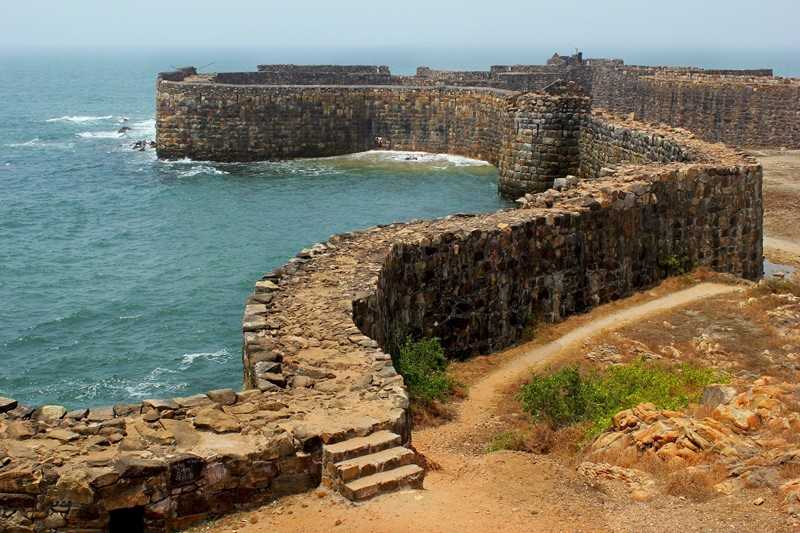 This popular fort derives its name from the Marathi word lion. Located at 1312 m above the sea level this fort is 2000 years old. Many battles including the Battle of Sinhagadh of 1670 was fought here. Inside the fort, travelers can explore the memorial of Tanaji Malusare, a great Maratha warrior, tomb of Rajaram Chhatrapati and a small temple of Goddess kali. 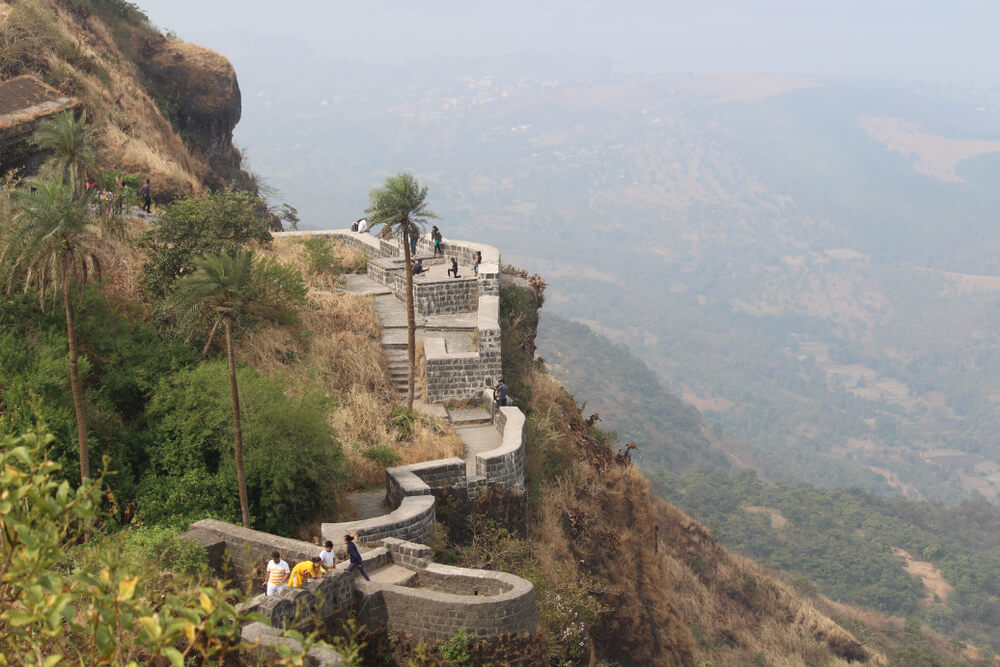 20 km away from Mahabaleshwar, Pratapgad Fort provides excellent scenic beauty of Maharashtra. Created by the great Maratha king Shivaji, this fort has witnessed the Battle of Pratapgarh, fought between Shivaji and Afzal Khan. After the battle, Afzal tower was built under which the head of Afzal khan is buried.

This fort has few temples, among which Bhavani Temple is the most famous. In this temple, Shivaji was blessed with a shining sword. A 17 feet tall bronze statue of the Maratha king is also there which was unveiled by Jawahar Lal Nehru in 1957. Few rest houses and food counters are also available near the fort. A day trip plan is perfect to enjoy the beauty of this fort and its surroundings. 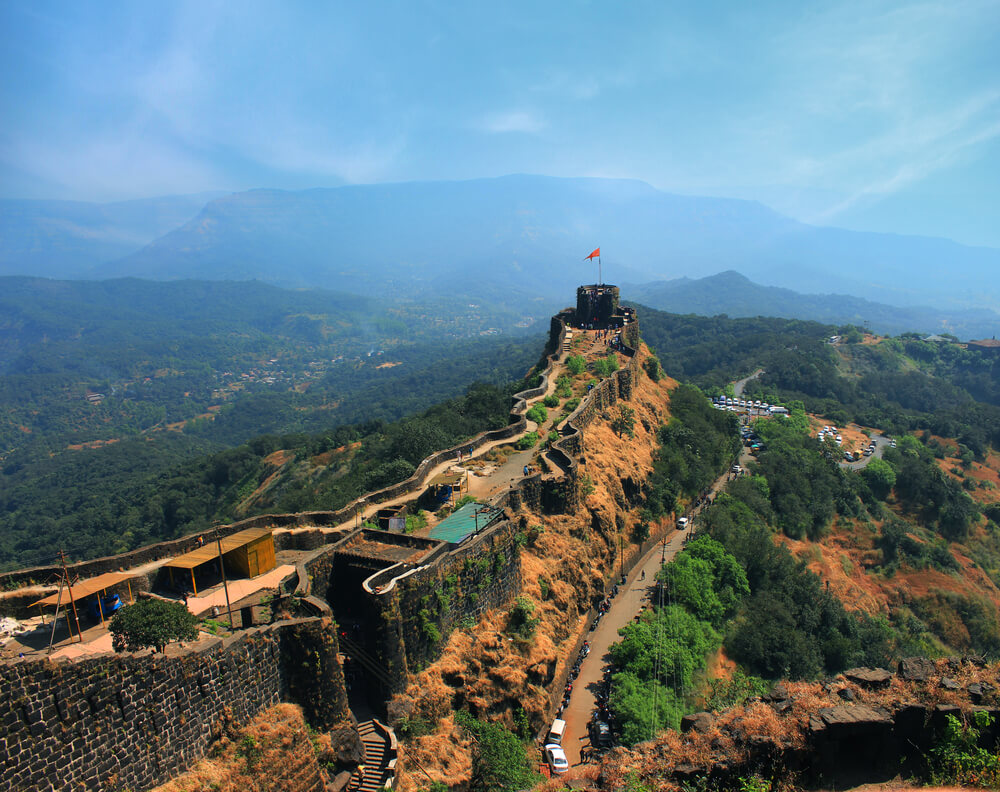 It is believed that the followers of Hindu God, Lord Shiva, named as Shaiva Panth has created this fort in the 13th century. Torna Fort or Prachandgad is located in the Pune district of Maharashtra.Just at the age of sixteen Shivaji captured this fort, making it as one of the first castles of the Maratha Empire.

After monsoons, hundreds of trekkers visit this place and took shelter in the Menghai Temple, which is located near the fort entrance. 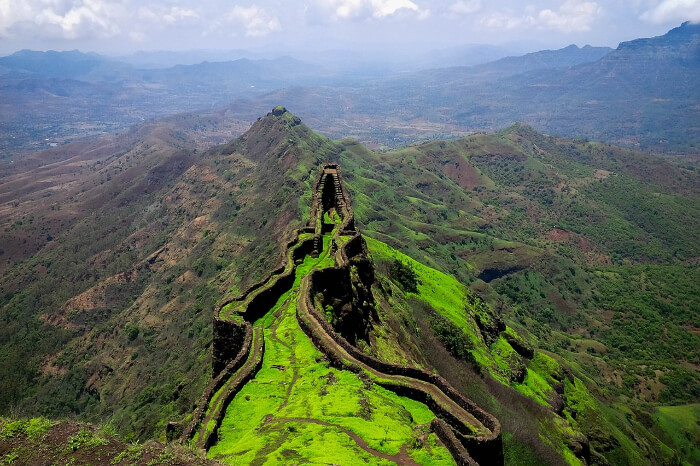 Famous for its wonderful architecture and sprawling greenery, Kandhar fort is nearly 1200 years old. Located near the bank of the River Manya, this fort has many charismatic structures. Lal Mahal, Darbar Mahal, Ambar Khana and Sheesh Maha are few such specimens of Maratha architecture. There are many ancient sculptures like a 60 feet high statue of ‘yaksha vastu purush.’

Marathas were just not a gallant group of warriors but also admirers of art and architecture. Visit the above mentioned forts and get a glimpse of the rich culture and lifestyle of the Maratha monarchs.