When it comes to scenic routes, panoramic windows are not just enough. Indian Railways has understood this and has plans to introduce trains with glass ceilings in a few specific routes. Especially, routes with mesmerizing scenic factor.

According to the reports of Press Trust of India, IRCTC has started constructing new train carriages with glass ceilings in its factory in Tamil Nadu. These are a part of luxury carriages and it is expected that these carriages would be fully functional and opened to public by the end of this year.

According AK Manocha, the MD and chairman of IRCTC, the main aim of this plan is to increase the level of experience and satisfaction of local tourists and international tourists in India. 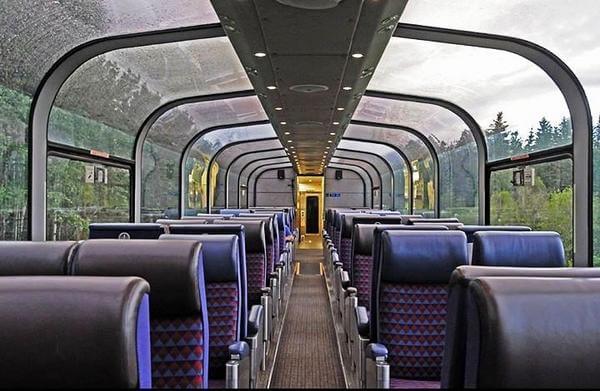 The first coach with glass ceiling will be tagged along with a regular train that routes around Kashmir Valley. There are two more planned for this year and they will be tagged along with a train that routes around Araku valley in Andhra Pradesh. These details about the route were given by the chairman of IRCTC to Press Trust of India. Since both the routes are very picturesque and very important tourist destinations, the reach of this luxury carriage is considered to be high.

India is not a pioneer in glass ceiling luxury compartments. Many top tourist destinations have such luxury trains. The best examples are the trains in Switzerland. These trains are praised and enjoyed by a lot of tourists around the world. With the glass ceiling initiative, India has planned to give a new face to the rail tourism in the country. Moreover, these carriages will be released to public at the prime tourist season making it easy to attract more number of tourists.

Not just glass ceilings, these compartments have many other features to be tagged as a luxury compartment. The passenger will have more legroom and the coach will be filled with numerous modern amenities for entertainment and information. Exact dates of this carriage introduction are not yet released by IRCTC.