An important city in the state of Maharashtra, India – Nashik situated on the banks of the sacred River Godavari is roughly 200 kilometers from both cities – Pune & Mumbai.

The picturesque surroundings and calm weather and several rivers like Nandani, Darana, Girana, Bhima, Vaitarana, Kashyapi attracts many tourists from all over the country. The city has great significance in history, religion, mythology and is culturally & socially important. It is also listed in the top 20 fastest developing cities in the world.

Ram, Sita & Lakshman lived here during the 14 year exile period that is one of the reasons why the city is considered sacred. This a vital pilgrimage site for many Hindu followers. Nashik is one of the four religious places that organize the annual Kumbh Mela.

The city is dotted with several spiritual Ghats and temple shrines including Trimbakeshwar Shiva & Kalaram temple. Every year thousands of pilgrims visit this place with several religious places. If you would like a luxurious travel to the pilgrimage site then take the Deccan Odyssey Train to Nashik. 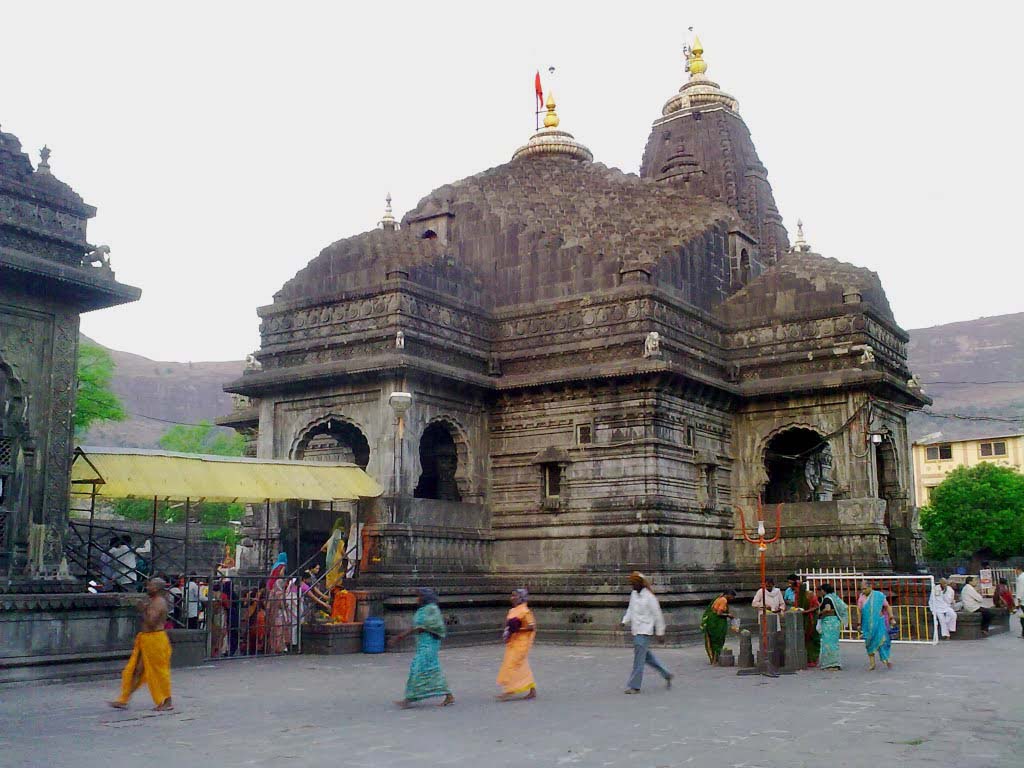 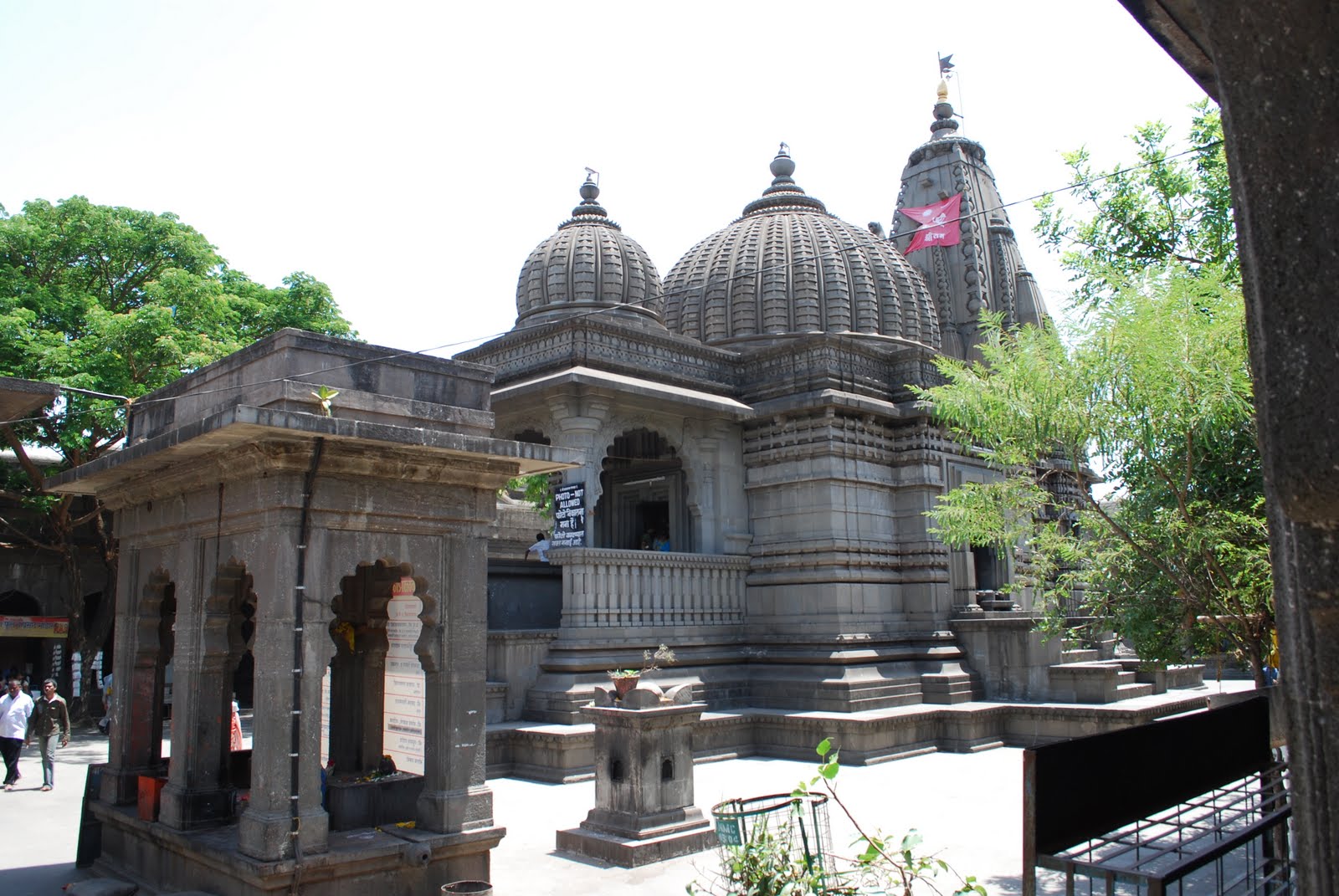 Deccan Odyssey offers 7 nights & 8 days luxury tours around several sought after tourist destinations in west / south India. There are a total of six journeys and three journeys and one spiritual tour include the city Nashik .

One full day is dedicated to visit the most popular places of Nashik and take the blessings of the pilgrimage site. Guests enjoy luxury facilities including meals, accommodation and guided off-board tours to wildlife parks, ancient temples, beaches, and other monuments including UNESCO World Heritage Sites.

Interiors of the train are made with a touch of royal Maharashtra style. Restaurants called Peshwa – I & Peshwa – II are also named in Maharashtrian style. There are portraits in the reflecting rulers and history of Maharashtra. The train also takes guests for culture performances and this gives the true essence of Maharashtra culture. 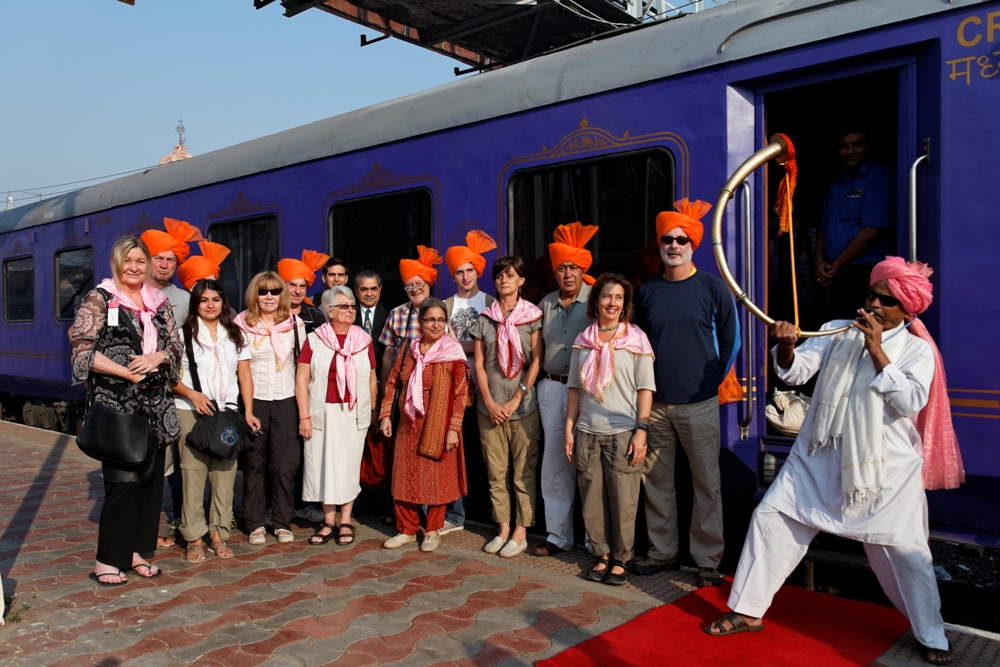 Deccan Odyssey journeys that include Nashik

On this 7 nights / 8 days tour, the Deccan Odyssey arrives in Nashik on the second day. Guests de-board after onboard breakfast to have a stroll on the holy ghats of the river Godavari. View various religious rituals done at the ghats. As you walk along you can see the dried cow dung spread on roadside markets. You will find food & spices too like seafood, lentils, spices, and all other items.

The tour also includes a drive down Grover Zampa Vineyards, a fine Indian wine production unit where you find best Cheni, Shiraz, and Chardonnay types of grapes used for production of wine.

Those who are visiting for culture and traditional reasons get a glimpse into the traditional and ancient ways and view spiritual rituals performed in Nashik. 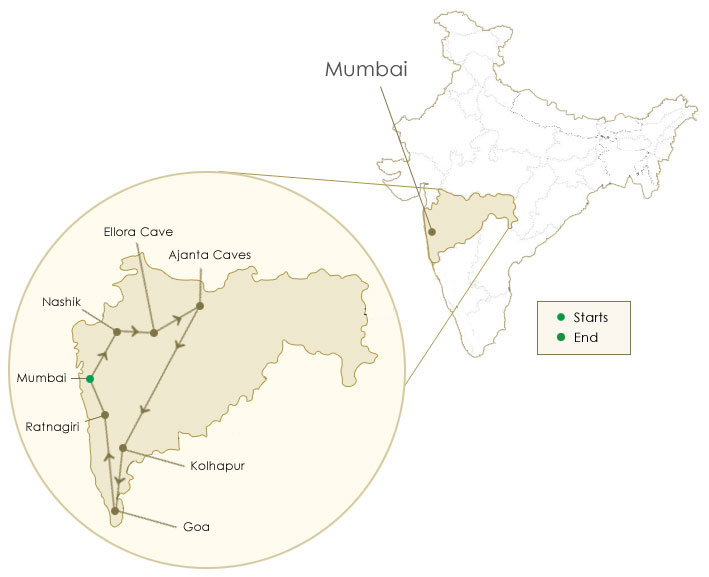 On this 7n/ 8d journey onboard the Deccan Odyssey reaches Nashik on day – 7 before returning to Mumbai. The entire day is dedicated to visiting the holy city of Nashik after breakfast on the train. Then walk around the ghats to witness spiritual rituals and Hindu traditions performed here.

Evening or late afternoon time is used for a colorful shopping experience. Visit the famous vine gardens for various grape types and return back to train for leisure and dinner. Get a good sleep onboard the train.

On this 7 night and 8 days journey onboard the Deccan Odyssey reaches Nashik on day – 7 before returning to Mumbai. After breakfast gussets de-board to visit the oldest ancient Buddhist and Jain cave temple in the country called Pandu Leni with few that date back to first century BC.

Others are of another period like 13th century BC. Then guests drive down Grover Zampa Vineyards, a wine facility for Best Cheni, Shiraz, and Chardonnay types of grapes used for breweries. The evening is dedicated to a peaceful sacred walk over the Godavari Ghats.

The tour covers most sought after religious destinations and pilgrimage sites on this route in the state of Maharashtra. The Deccan Odyssey arrives at Nashik on 2nd day of the tour and serves guests breakfast onboard.

They are taken to a temple town of Trimbakeshwar, famous for being the originating point of the sacred River Godavari of South India. The Trimbakeshwar Temple is popular for housing one out of 12 Jyotirlingas situated at various temples all over the country. Before going back to board the train guests take Darshan and do Puja here. 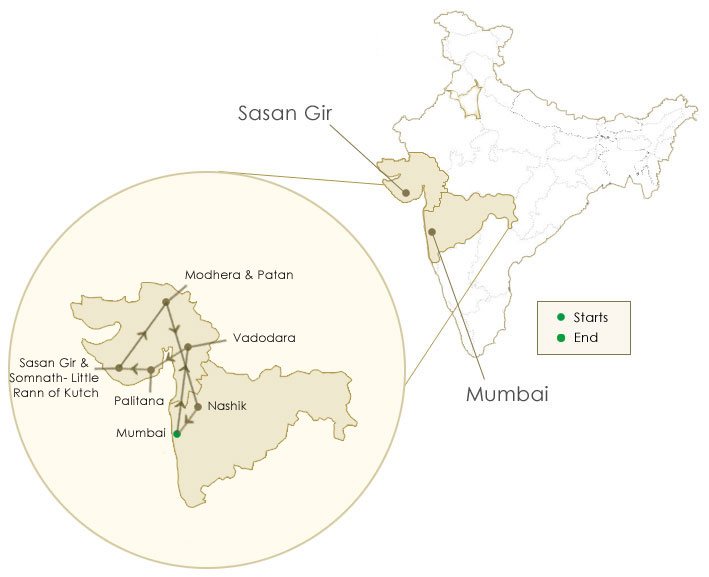 The journey to Nashik on the Deccan Odyssey is a different and luxurious way instead of boarding a common train to this place. The train journey is royal and comfortable with polite and profess staff onboard. It is a royal experience overall and there isn’t a better way to visit the sacred place of Nashik.

Also Read:  List of Luxury Trains in the World