The Origin Of Luxury Trains – How They Started A Revolution

The true marker of success of an idea or a concept is when we decide to trace its roots, and in the same lines to call our palatial ride of the Maharajas Express Train as merely a success story would be a disappointing understatement. The Maharajas Express is a celebrated luxury train well-recognized, and awarded globally, but is still a luxury train nonetheless. The first luxury train from India was the Palace on Wheels which is the fourth best luxury ride around the world.

The train was first introduced by IRCTC on 1982. And since then India has been known widely for having an assortment of luxurious regal rides on tracks to tillage the guests with a glimpse of the bygone era of the Maharajas.

Know More About the Palace on Wheels Train

But do you know who started it all? Where did this ingenious concept of matching royalty with comfort in something so charmingly romantic like the railways emerge from? Who pioneered this idea?

We put on our research hats and dug deep into the matter and so, we took a journey to the roots of Indian luxury trains. What we found established the old adage stronger to us stating that facts are always stranger than fiction. 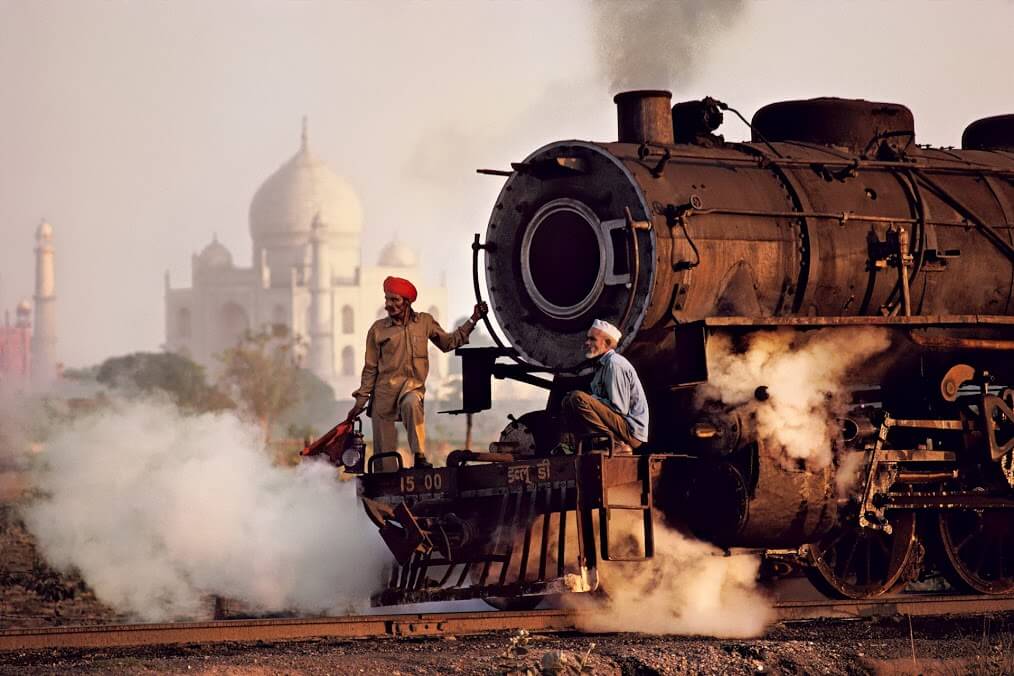 The story begins with George Mortimer Pullman, he was a scientist, a visionary par excellence and the inventor of Pullman Sleeping Cars who was also known as an industrialist back in the days. Back in the 1850’s railway cars were plainly populated with fitted seats that were uncomfortable and resembled a disciplinary classroom rather than a luxurious or comfortable ride. But Pullman changed it all by introducing the Pioneer in 1864.

This was the first of its kind and started the whole concept of hospitable, luxury trains which had separate cars of dining and sleeping included in the train. This “sleeping car” as he aptly named it was marketed by Pullman as luxury for the middle class.

This train along with Pullman himself became a huge success when he offered to carry the body of Abraham Lincoln in this sleeping car. However, as he made the ride seem, the fare for the same was not so middle class friendly. It was five times than the fares for normal train rides. He later introduced another addition to his train of luxury journeys called the President also known as the Hotel Car.

This train had the best chefs from all over the country hired within it and set on the tracks in 1867. The President was an even bigger success for Pullman and had gathered a lot of patronage being the choice of ride for rich aristocrats of 19th century Americans which mainly comprised of ministers, bureaucrats and industrialists.

Read More: Luxury Trains to be Operated to Shirdi, Goa and Tirupati by IRCTC

Several years later, Pullman introduced the Delmonico which popularly came to be known as Palace Car and was solely devoted to fine dining. The menu was inspired from the restaurant in New York of the same name and hence, just like an eatery prior reservations had to be made to ensure seating. Soon enough both these trains became synonymous with delicious cuisine, luxurious hospitality, impeccable service and fine interiors.

Also Read:  How to See India by Luxury Train?

The staff was mostly composed of the recently freed slaves who were porters, entertainers, chamber maids, and valets. In fact as history has it, Pullman was one of those who enjoyed the most of African-American population post the Civil War.

The waves started by Pullman caught on as the European equivalents were launched by Georges Nagelmackers. He went on a trip to America and came back with a glorious idea. Inspired by the trains launched by Pullman, he also started similar joyrides in Europe in 1883.

One of these trains was the infamous Orient Express that set on its first voyage Paris Gare de l’Est across Europe that very year. Then in 1887, Pullman had launched his ‘vestibule cars and set them to run on the Pennsylvanian truck lines. And the rest as we know is history.

So, let us take a ride into the past, present and future with the Maharajas Express Train, shall we?

Know more about the Other Luxury Trains