Sardar Patel Statue of Unity – Everything You Should Know

Now, the world’s tallest statue is Sardar’s “Statue of Unity” in Gujarat. It’s a great honor to India’s first home minister “Sardar Vallabhai Patel” who was the reason behind of united India.

Honorable Prime Minister of India, Narendra Modi inaugurated the world’s tallest statue “Statue of Unity” on the occasion of Sardar’s 143rd birthday on 31st October at 11:30 AM. Now, the Statue of Unity is a great statue in all over the world at 183 mts high by beating China’s Spring Temple Buddha Statue and it is two times higher than Statue of Liberty. 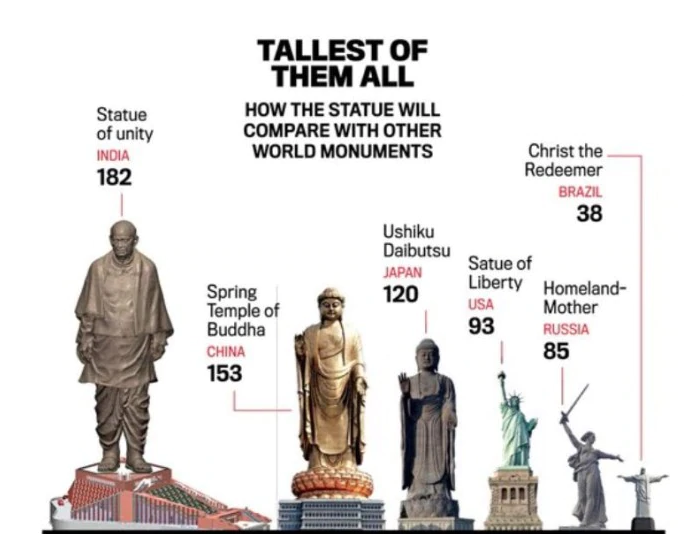 Comparison of Statue of Unity with Others

Table of Contents hide
What you have to know about the Statue of Unity?
Entry Timings and Fee
How to Book a Ticket?
Interesting Facts of Statue of Unity

What you have to know about the Statue of Unity?

The Government of Gujarat announced the plan of Statue of Unity on 2010 by Narendra Modi. In order to remember Sardar’s hard work, who united 526 princely states as one nation “India” without splitting into different parts this statue was constructed and made the whole world to think about Sardar’s greatness.

The Statue of Unity located between the Satpura and the Vindhya mountain ranges on the Sadhu Bet island near the Narmada river. The statue is connected to Gujarat’s Kevadia town through a 3.5 kms highway to reach the statue and 200 kms away from Ahmedabad. Apart from the tallest statue, it’s now Gujarat’s most visit tourist attraction. 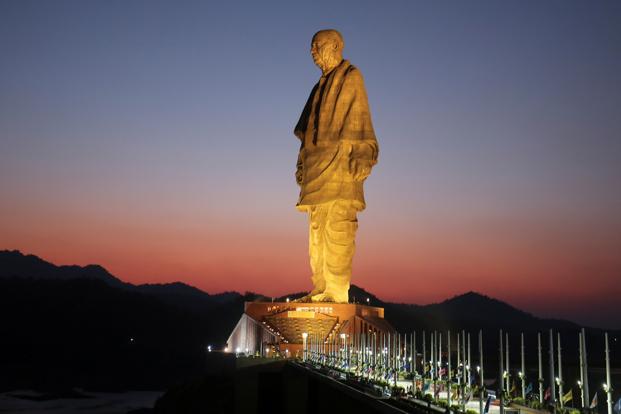 From 3rd November, the statue is open to the public. The main interesting thing of the Statue is the observation deck at the chest of Sardar Vallabhai Patel at 400 fts high. Through the observation deck, you can have the panoramic views of the Narmada river and other vicinity areas at extreme height.

Statue of Unity will open for public from 9 am to 6 pm every day.

Statue of Unity will be going to be the most visited tourist attraction in Gujarat with its interesting observatory deck and scenic natural attractions around the statue. The ticket prices for the entry is 120 Rs for adults and 60 Rs for children between 3 to 15 years and no fee for kids under 3.

For the observation deck viewers, the ticket price is 350 Rs per person. You will be carried to the observation deck through two high-speed lifts. Apart from Statue attractions, there is a lot to see around the statue like the valley of flowers and greenery of Satpura and Vindhya hill ranges. And every day at the evening laser show will be conducted for a half an hour.

Want to Visit Gujarat via luxury trains like Deccan Odyssey:

How to Book a Ticket?

Tickets are open to the public in two ways means offline and online. On the spot, means at the statue you can take tickets or you can book on online website.

Interesting Facts of Statue of Unity

How to Reach the Statue of Unity:

Vadodara railway station is the closest one to reach the statue. From the station cabs and public transport vehicles be available to reach the spot directly.

Vadodara airport is 90 kms far away and it is the nearest one. From the airport cabs are the best choice to reach the statue.