Ramayana Express is the new pilgrimage train, which will take you to destinations, which are covered in the epic Ramayana of Hinduism. The train stops at Nandigram, Janakpur, Sitamarhi, Prayag, Varanasi, Chitrakoot, Sringaverpur, Hampi, Nasik and Rameshwaram. The trains either stop at these stations or stations closer to these destinations. 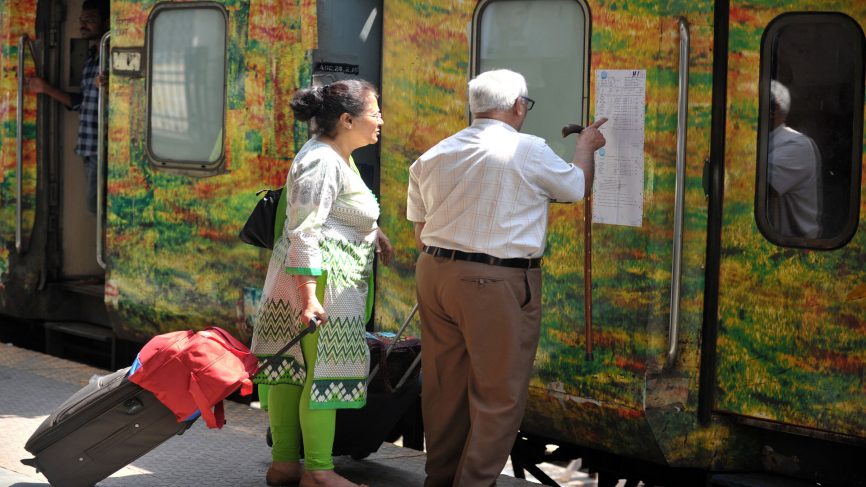 From the railway station, you will be taken to the pilgrimage sites, temples and other attractions related to the epic via road transportation. These special pilgrimage trains are said to be a success among locals and tourists. According to officials, the occupancy of these trains are 50 to 60 % of seats, which is quite high. The seats for the trains were sold out within 15 days from the announcement made in July 7th 2018.

The Ramayana Circuit is the name given to this itinerary covering important destinations of the epic. This train route is offered by Indian Railways and it is one of the most revenue building initiatives and has a good response among the citizens and tourists. IRCTC has now plans to initiate new trains to this circuit. Similar trains are made to start from Madurai, Jaipur and Rajkot.

In total, four trains will be dedicated to Ramayana Circuit. According to the officials, the route and itinerary will be almost similar to the other trains, except for the starting points. The Madurai train will be the first to start in this list. The train starts its trip on November 14th 2018. Cost of the trip is INR 15,830 per head. The train which starts at Delhi costs INR 15,120 per head.

The train from Rajkot will be the last to start, at December 7th. The Rajkot train stops at Viramgam. It is also said that there is a possibility to launch more such trains, in the future.