The New Season for “Heritage Palace On Wheels” Begins This December

About (Royal Rajasthan On Wheels) RROW 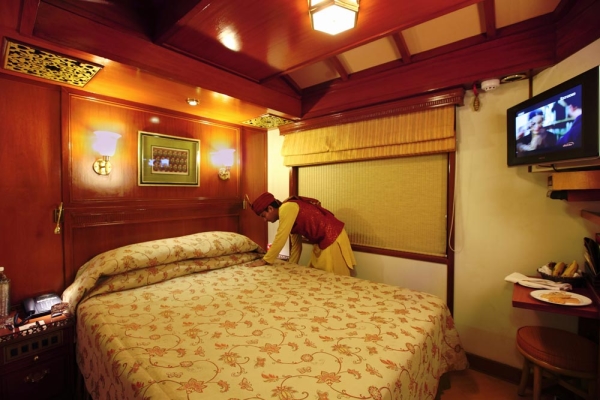 Meanwhile the Palace on Wheels is ready for its new name “Heritage Palace on Wheels” while its itinerary is shortened to 4- day long tours effective December. Palace on Wheels plans to tours at 1/3 ticket amount on a shortened four-day journey that does not include Varanasi in its itinerary. Upon the Center’s approval, a couple would afford travel to choice tourist locations in India for a ticket amount of $3,200. The luxury train hopes to give domestic travelers the feel of most luxurious ride at a reasonable price. Destinations would include Agra, Bikaner, Delhi, Jaipur, and Sawai Madhopur.

Must Read : Comparison Between Palace on Wheels and Maharajas’ Express

Also Read:  Palace On Wheels Vs. Maharajas’ Express – A Comparison Of Luxury Trains