As everyone knows India is a spiritual country where you can see different religious customs and traditions in every corner and street. Most importantly, some places in India are very popular and known to the entire world due to mystical huge celebrations and religious processions. Among such like celebrations, Kumbh Mela is one. Due to its popularity and craze, Kumbh Mela was recognized as Intangible Cultural Heritage of Humanity in 2007.

Now we go through this fair to know about the importance of fair.

What is Kumbh Mela? 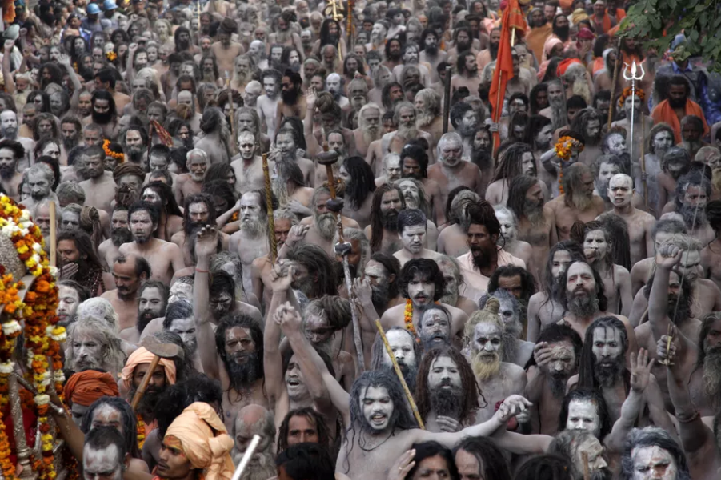 Where is the Kumbh Mela Held?

As mentioned above, Kumbh Mela will take place at four places.

These four river banks are the venues of Kumbha Mela celebrations. For once every consecutive 3 years Kumbha Mela will take place in cyclic order in these places.

We know that Kumbh Mela takes place at different places in consecutive years. But some of them are very special and important. The most important Kumbh Mela fairs are “Maha Kumbh Mela” and “Ardh Kumbh Mela”.

Maha Kumbh Mela will take place for once every 12 years. This fair will be held at the confluence of three holy rivers known as Sangam in Prayag. Among all Kumbh Mela fairs, Maha Kumbh Mela is very special and important. During this Mela, people crowd will reach in crore numbers.

Apart from these two Melas, Maagh Mela is another one which takes place every year in the month of Maagh according to the Hindu calendar. The venue of this fair will takes place at Sangam in prayag in between January to February.

These three Melas are very important and auspicious to the Hindu pilgrims. During these Melas, celebrations, and processions at the banks of rivers will extend to high.

The History behind the Kumbh Mela

According to the Hindu myths, Once the demigods (Devtas) lost their powers. To get their powers back they had a deal with demons(Asuras) to churn the Milk Ocean to get out the nectar of immortality and to share it equally.

To churn the milk ocean Mandara mountain and Vasukhi (the king of Serpents) was used as churning rod and rope. After that, for years they churned the ocean but at first, poison came out. Finally, the nectar of immortality known as “Amrit” was brought out by Dhanwantari in a pot.

Then demigods thought that if this Amrit is taken by demons means evil spirits will be immortal. So, they decided to not to share the Amrit with demons. The demons got the point that the agreement was broken. And they started fighting with the demigods. Then the celestial vehicle of Lord Vishnu “Garuda” had flown away with the nectar pot. At that time drops of the nectar was fallen in four places. And these four places are prayag, Haridwar, Ujjain, and Nashik. That’s why at these four places Kumbh Mela will be held.

As the nectar of immortality was brought in a pot that’s why this fair is named as “Kumbh Mela”. Kumbh Means pot or pitcher and Mela means fair. This is the story behind the Kumbh Mela.

Ritual Performed at the Kumbh Mela

Kumbh Mela is everything about Hindu rituals, chanting of mantras, mythological processions, akharas (saints) and etc a lot. During the Kumbh Mela, millions of people visit the fair daily. The crowd at the fair seems like whole India population is at the place. An important part of the festival is the sect of sadhus or saints from different places around India. When the Kumbh Mela starts different sects of sadhus in India will head to the Kumbh Mela region. For them, this fair is very important.

A very important ritual here everyone follow is taking river bath during the full moon day. This day is called “Shahi Snan” means royal bath. On this day from morning 3:00 A.M people will start taking baths in the river ghats. They believe that if they take bath in these sacred river waters during on these auspicious days their sins will be washed out. On this day you can see different types of sadhus drowning in waters. They are very special to this fair. 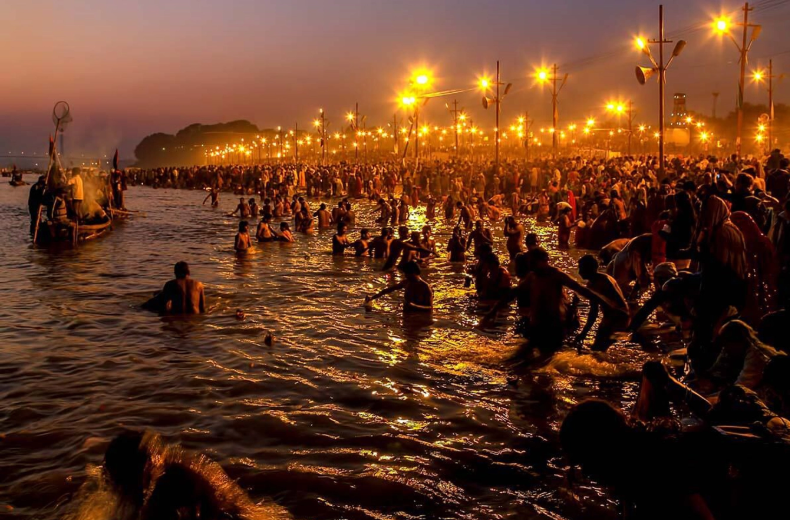 Taking Bath at the Ganges River

Different Sects of Sadhus at the Kumbh Mela 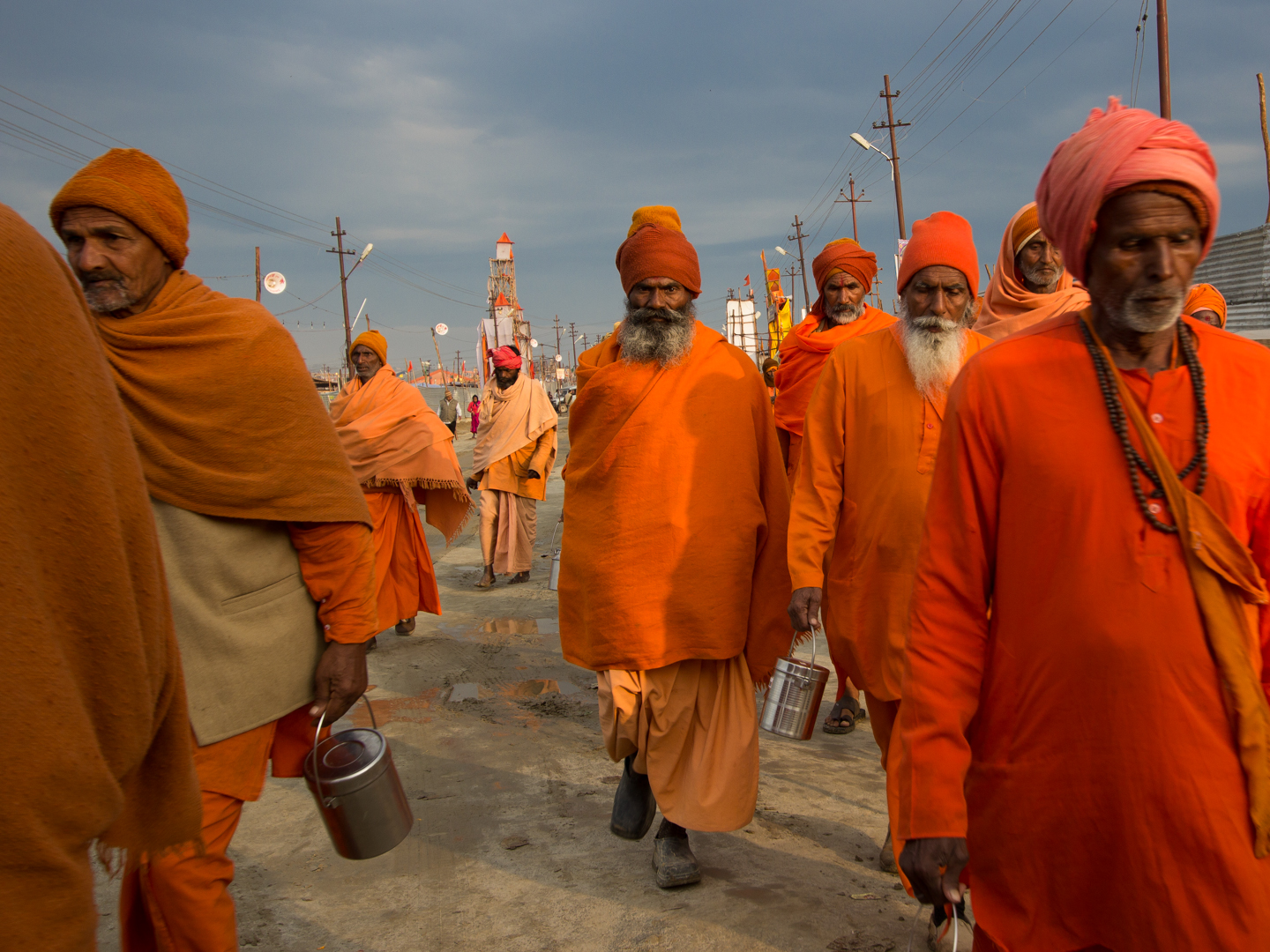 Sadhus at the Kumbh Mela

Saints with naked bodies means without clothes are known as Nagas. All over the body smeared with ash and long matted hair, is the way of style of Nagas. This type of saints lives in the Himalayas region that’s why their bodies are resistant to all climatic conditions. Among all saints, Nagas are very popular and important to the Mela.

This type of saints always meditates in them at the river banks and they perform some spiritual activities. They spend more times at the banks of rivers by bathing a number of times and meditating silently.

Parivajakash saints don’t talk to anyone. They will promise not to talk in their life. They used to carry a bell and ring to symbolize their presence.

Among all saints, this type of saints are very different and peculiar. They always live in meditation and sleeping. They meditate by placing their heads to the downward and legs to upside and they will sleep also like this only by taking a support back.

When is the Next Kumbh Mela?

These are the upcoming Kumbh Mela events going take place.

Ardh Kumbh Mela which takes place for once every six years is going to takes place in Allahabad at prayag. The fair will last for 2 months from January 15 to March 4 in the year 2019.

Here are the important bath dates of Ardh Kumbh Mela in 2019.

This is the complete schedule of upcoming Ardh Kumbh Mela in 2019. Important dates for Shahi Snan are 15 January, 4 February, and 10 February.

If you are planning to be a part of Kumbh Mela than you can traveled with the luxury trains. Famous trains are: