Elephant Festival in Jaipur 2020 : Everything You Need to Know

Whenever you think of Jaipur, the most common animal that comes to our mind is the camel. However, Jaipur is not just about camels. The elephant festival in Jaipur is also quite popular.

During this festival you get to see a very traditional procession with very well decorated elephant. These elephants parade up and down, similar to the ramp walk of the models. There is also a crowd of people applauding the elephants. There is a beauty contest, a tug of war and a folk dance of the elephants taking place at this stage. 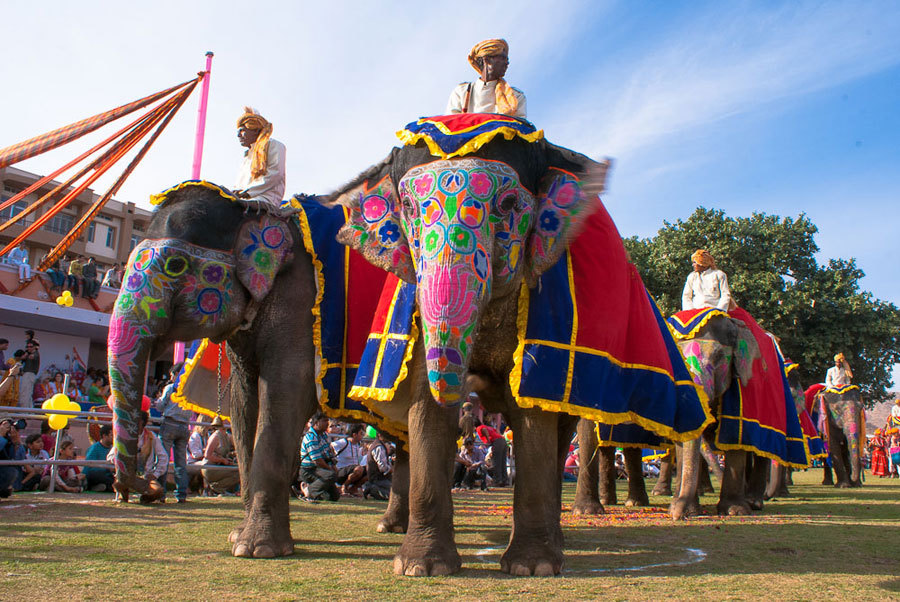 This festival takes place every year in the beautiful pink city of Rajasthan, Jaipur. This event is held on the full moon day of the phalgun purnima. This happens in the month of February and March. This festival celebrated just before the holi.

Elephants have been a part of society for a very long time. Lord, Ganesha has the head of the elephant and is believed to be the one who helps in removing all the obstacles from our lives.

He is worshipped with a lot of devotion throughout the country. It is for this reason that the elephants are part of the marriage ceremonies and religious processions. They were also a part of the wars in historical times.

Jaipur Elephant Festival will be held on Tuesday, March 10, 2020.

The exact dates of the festival change from year to year. It is usually celebrated on Holi festival.

Also Read:  How to Reach Jodhpur

In the initial times, this festival was considered to be the festival of the traditions. It is believed as per the ancient tradition that demons and the Gods stirred up the ocean and were able to find a total of nine gems. One of these gems represented an elephant.

During the time of the king’s rule, the strongest elephant was selected among all the other elephants. The elephants used to fight against each other for entertaining the people.

However, these days the entertainment has changed a little. The fights between the elephants have been replaced with procession, race etc. Till 2011 this festival used to be celebrated in the Chaugan stadium.

The number of audiences started increasing each and every year. The venue has therefore got changed to a much bigger venue. It is now celebrated in the Jaipur Polo ground.

Read More: Rann Utsav – All You Need to Know about the Festival

What Happens During the Festival?

During this festival, the elephants are first very well groomed and they are also dressed up with colorful clothes and also rugs made up of velvets. They are also dressed with very heavy jewellery and decorated with beautiful bells. There will be Indian motifs painted beautifully put on their bodies. 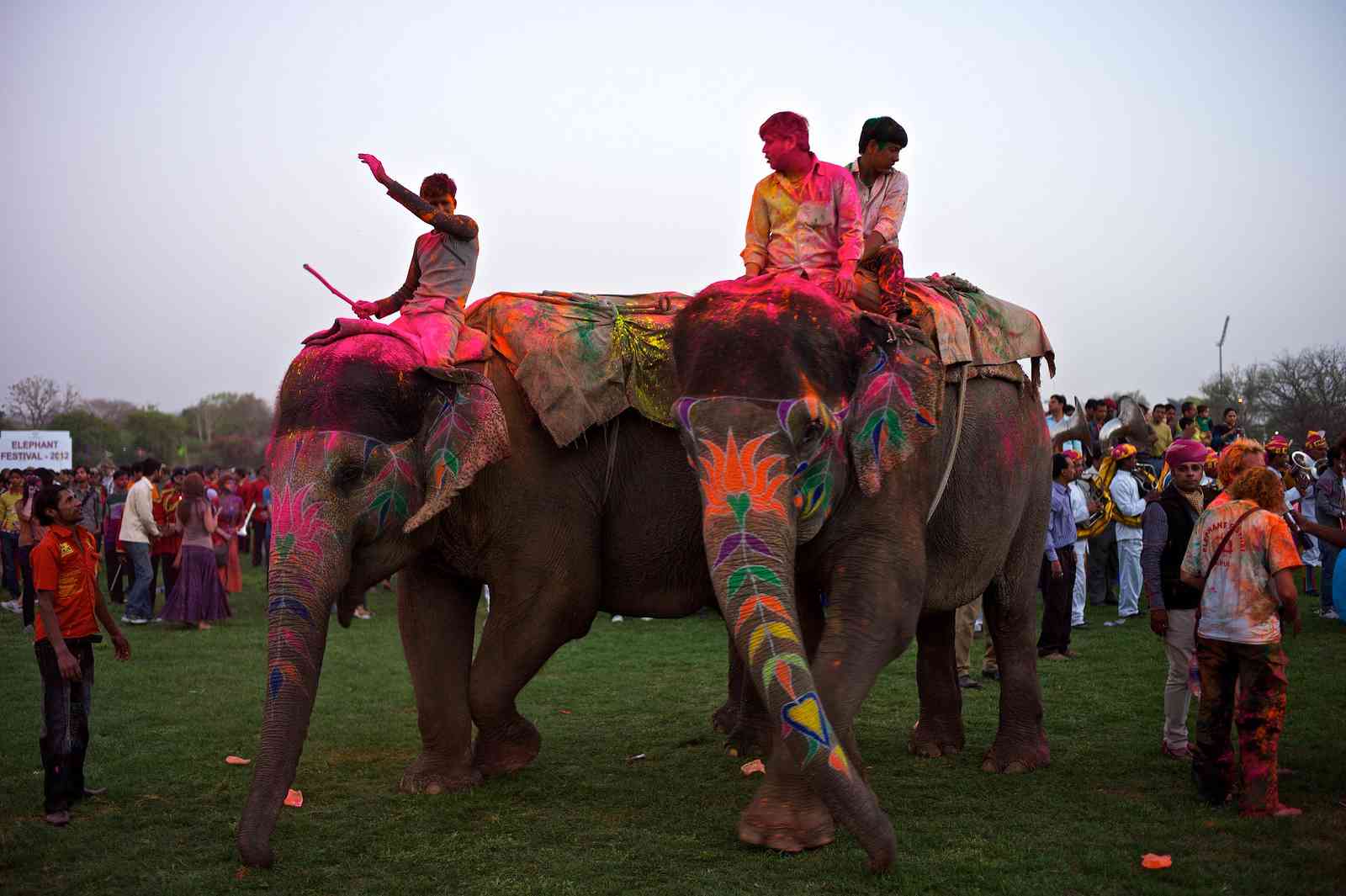 These elephants are decorated with the Mahouts and they dress them up well after giving them a good bath. The mahouts themselves also dress well. They wear royal turbans and also brocade jackets.

Entry Time and Fee of the Elephant Festival Jaipur

In order to reach the Jaipur Polo ground, you can either take a cab or bus or even an auto. There is no entry fee for the festival. The fee structure for the different stalls are different. There are both entertainment and activities present here. The exact festival day changes each year. This festival starts at 4 pm and ends at 7 pm.

Significance of the Jaipur Elephant Festival

According to Rajasthani tradition, elephants symbolize royalty. Nowadays, the festival is organized annually by the Rajasthan tourism group at Chaugan Stadium. As the festival became more popular, the location was moved to the Jaipur Polo Group venue.

Q. Why is the Elephant Festival Celebrated?

Q. Where is the Elephant Festival Celebrated Annually?

The Elephant Festival is celebrated in Jaipur annually.

Q. What is the significance of Elephant Festival?

Also Read:  Top Things to Do in Jaisalmer, Rajasthan

A. Elephant is considered to be the symbol of royalty and is therefore quite significant for the Rajasthan royal cultures. Elephants are a very important part of a number of celebrations and the head of Lord Ganesha is also that of an elephant.

Q. When this festival is celebrated?

A. This festival is celebrated every year during Holi from 4 pm to 7 pm.

Q. What is the entry cost of this particular festival?

A. You can enter fees of Elephant festival in Jaipur is free of cost.

Q. What does this festival celebration start with?

A. Elephant festival starts with the procession of a number of very well decorated elephants.

Q. How Elephant Festival is celebrated?

A. The female elephants take part in this festival. They are very well dressed. There are elephant games taking place and there are also catwalks done by the elephant.

Q. What is the history of the Elephant Festival?

A. The Elephant Festival is celebrated in Rajasthan and also Kerala.

Q. What type of games are played during festival?

A. The elephants play games like elephant race and also elephant polo. Apart from these the elephants also play tug of war. These games are played between a group of 18 to 19 men and an elephant.

Q. How to reach Jaipur for the Elephant Festival?

A. This festival takes place in the Jaipur polo ground in Jaipur. You can reach the place either by bus, auto rickshaw or cabs.