When is Mewar Festival Celebrated?

Mewar festival is the annual festival celebrated in Udaipur, Rajasthan, the second world living heritage festival in India. This is a 3 days ceremonial festival. So, this year it is celebrated from Mar 27, 2020 to Mar 29, 2020. 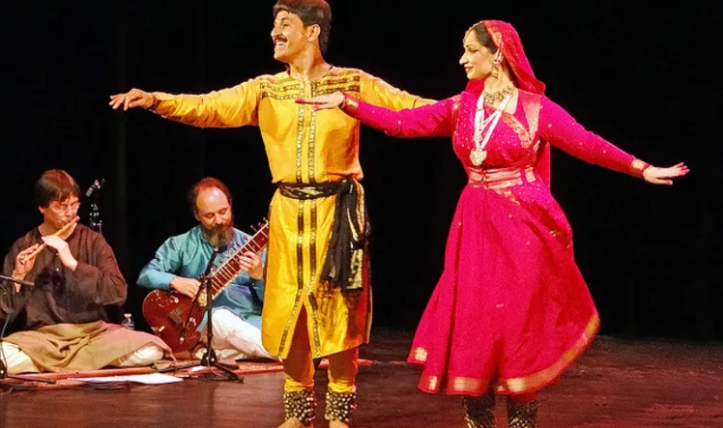 There is an interesting story behind the celebration of the advent of Spring season in the Mewar region of Rajasthan, known as the annual Mewar festival. During the reign of the Sisodia Dynasty in this region several centuries ago, it is believed that Maha Rana Udai Singh connected with a holy person who was meditating on a hill overseeing the beautiful Lake Pichola. The holy man advised the king to build a palace on that hill. The king agreed and built the beautiful palace within the walled-in city.

Must Read : How to Book Maharajas Express Train ?

The spring season is known as the ‘King of all Seasons’. Hence, this festival celebrates the coming time of spring season. One of the main reasons for the celebration is to preserve the ancient heritage sites of Mewar. Another important reason to celebrate the annual Mewar Festival is to carry on the ancient culture and traditions of Mewar successfully.

The rang ceremony celebrates the living structures of the Mewar region. The women believe the Isar and Parvathi to be an ideal couple. They get blessed for strong bond in married life during the Gangaur festival. Gangaur is the name of the Goddess for successful marital bliss and strong bond, so women get blessed with a happy married life.

How is Mewar Festival Celebrated? 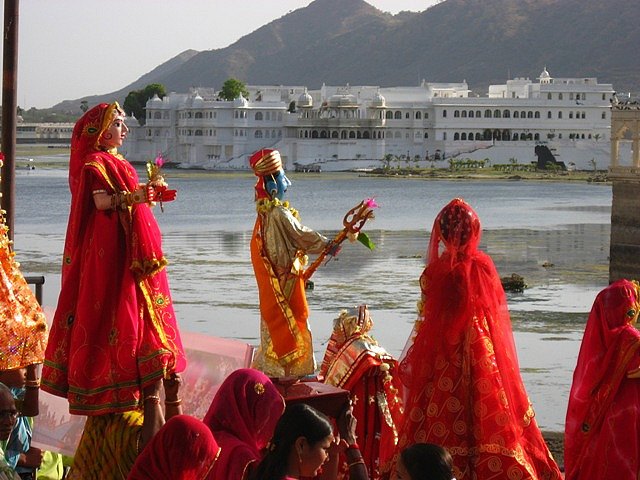 This is one of the best times to learn the local arts that the professional artists perform colorfully. This Annual Mewar Festival is full of fun and happiness as several cultural activities are held to celebrate it.

Over the years the traditions have got a modern style that recreates olden traditions and crafts and arts. This includes organizing seminars on redesigning newer versions of Mewar art.

To keep the tradition, culture and historical structures of Mewar going, the Maharana of Mewar Charitable Foundation holds these events.

The ‘Rangoli’ ritual includes several traditional flavors of the Mewar region presented in a colorful style. The HRH Group of Hotels organizes these colorful presentations of food & beverages in Mewar style. Professional chefs spread out these colorful food presentations that are delectable.

For culture programs and performances, professional artists from all over the world are called in to perform.

These colorful ceremonies and rituals are performed over the 3 days time period of the annual Mewar festival in Udaipur, Rajasthan. A special Rajasthani delicious sweet called Gewar is specially prepared and served to those around as a ‘prasad’ or offering sweet.

This is the best opportunity to see the city of lakes in all vibrancy as the local women are dressed in their fineries from colorful headgear to mehndi designs on hands and feet and colored jewellery too.

After all the rituals, and ceremonies, the cultural activities start one after another from early evening to night. Colorful fireworks light up the night to mark the end of the celebration of the Festival of Spring – the Annual Mewar Festival.